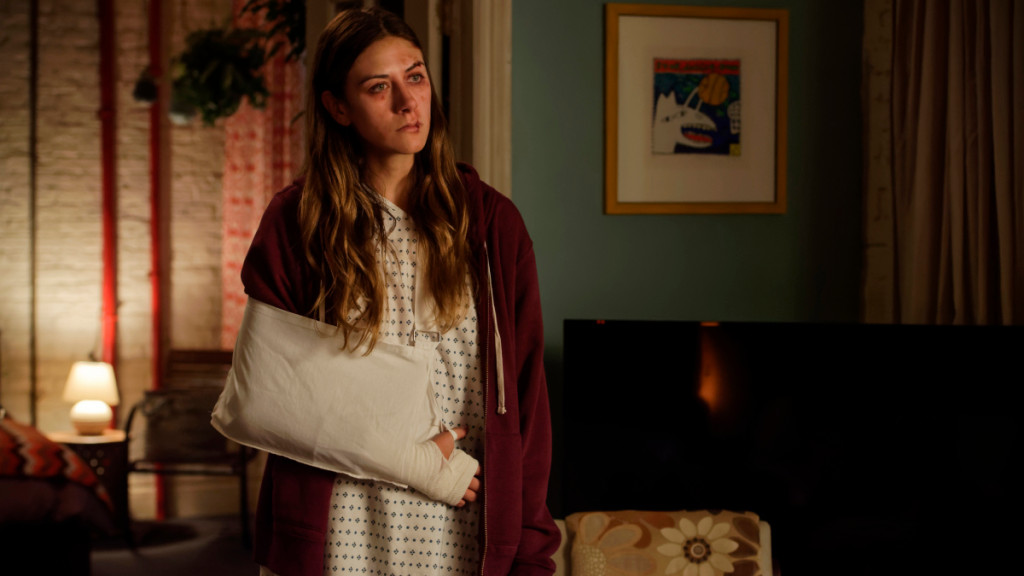 We were really left on a cliffhanger at the end of the first season. So we were ridiculously excited when In The Dark was not only renewed for a second season but a third! Things with Murphy were left in a dangerous spot at the end of season one and we know that Nia (Nicki Micheaux, Lincoln Heights) isn’t going to let go of Murphy easily now that she’s got her hands on Guiding Hope. So keep reading for our In The Dark 2×01 review!

Nia is so terrible, we didn’t even want her talking to Murphy, much less Joy (Kathleen York, Desperate Housewives). Also, we know that Murphy was just kidding, but we would totally be okay with her becoming a detective. Obviously she would be good at it. She has the determination for sure. And she’s going to need those skills in order to bring Nia down. Especially now that she has her hands on Guiding Hope. That’s another disaster that no one needs right now. Can someone just come in and help take care of Nia? You know, like Max maybe?

At the very least, Max could help. Does he really need to be on the run anymore? If he comes back and helps to bring Nia down then he shouldn’t have any problems. Right? We don’t care. The moral of the story is that we want Max back. No, we need him back. Murphy, Jess, and Felix are not going to be able to handle this on their own. Nia isn’t going to back down and she has been doing this for a long time. But we do have to wonder if the cop Murphy and the others interacted with is going to play a bigger role in the season as time goes on. There was just a vibe we were getting from the interaction. One good cop on their side would be better than none.

Get What You Deserve

Dean (Rich Sommer, The Devil Wears Prada) deserves everything bad. While we feel terrible for Chloe, that doesn’t mean we’re okay with him. In any aspect. The dude is obviously a psychopath. He fought for his one phone call and used the fact that he has Chloe to get it. Then he called Nia and tried to say he was just doing what any father would do? Um, no. Any father would have actually used their one phone call to let their child know they aren’t coming home. But Dean was more concerned with trying to cut a deal with anyone who would get him out of trouble. So when Nia didn’t work, naturally he turned on her and weaseled his way back on the force through his boss (Alan Van Sprang, Shadowhunters). Which was utter crap.

Chloe was the one who is really getting the raw end of the deal. She has no idea who her father really is. And not only is she going to lose him, (because he is definitely eventually going to have to pay for his crimes) but she has lost Murphy as well. While Murphy said that she and Chloe are still going to be friends, we don’t think they will be seeing much of each other. We don’t usually approve of Murphy pushing people away, but this is one case that we have to agree with her on. Chloe doesn’t even know what’s happening. But even though we wanted Chloe to know the truth, we really wouldn’t have been able to handle Murphy telling her.

It was so great to see Felix and Jess continue to connect! Their relationship has come a long way and while we never want to see Murphy stop giving him a hard time, we do hope they can get along. Murphy is going to need all the people she can get on her side. Even though Felix is not making anything easier! We can’t decide if we like him being on the inside track with things this time around or if we prefer him on the perimeter. But we do have to admit that every mishap that happened in the premiere had us laughing. Especially when he hit the biker! 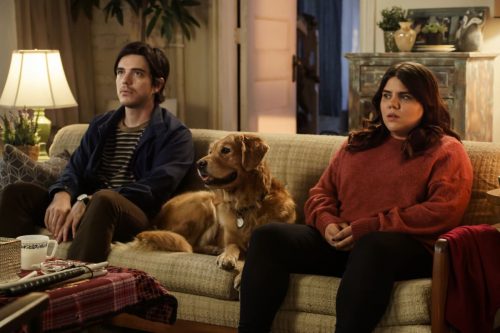 What did you think about what happened to Jules? Do you believe for a second that it was suicide? Do you think we will get to see Max again? How are Murphy and the others going to deal with the Nia problem? How is Chloe going to react to the truth that her father is a killer? Or will she never find out the truth? Are you glad that Felix finally knows what’s going on and is involved this time around? What do you think is going to happen with Dean? Find and follow us on Twitter @capeandcastle to let us know all of your thoughts and join the In The Dark conversation! Be sure to check out our site for more articles on all things Disney, Marvel, Star Wars, and more!