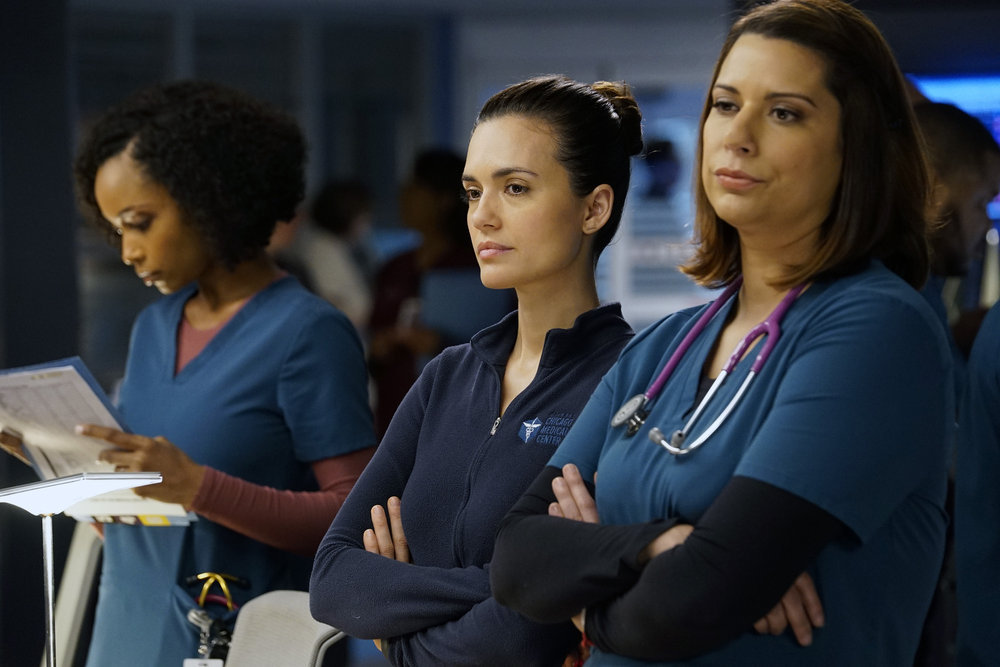 The season finale had murder, intrigue, hostage situations, and a lot of strange patient situations. We were all over the map on this one and had to really focus to keep track of everything that was going on. But it was great from start to finish and left us with more than enough questions to be eager for the next season to start! So keep reading for our Chicago Med 5×20 review!

Crockett being questioned also had us suspicious. Like Natalie pointed out, why the need to be so secretive about things if it was a cold case? Now, Natalie has been known to ask questions that she maybe doesn’t need the answers to. But in this case, we desperately wanted to know what the hell was going on with Crockett and we supported all of her prying. Get those answers, woman! 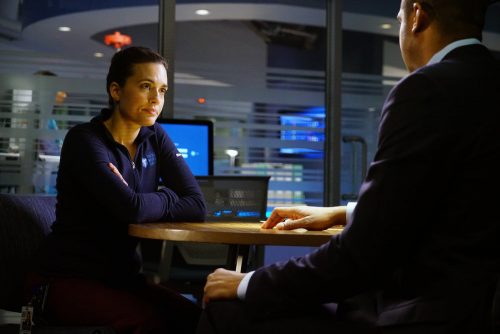 Unfortunately, it seemed like Natalie was looking for the answers in order to clear Crockett’s name. Which, whatever, if he’s really innocent we don’t want him getting arrested for a murder he didn’t commit. Which it appears he did not. So, well done Natalie. At least you got to the truth it seems. But this doesn’t mean we trust Crockett. Just because he didn’t commit murder does not mean he gets excused from all the other crap he has pulled since he got here.

Things were off to a suspicious start with Hannah. We hate to think like that, but she is working in a very stressful environment and is still in recovery. So we think it’s best to be cautious. The situation with Hannah went from mildly suspicious to completely obvious that she was hiding something and lying to Will. And it’s like they were trying to shove in his face what lying looked like. Every patient he saw in this episode was heading things and/or flat out lying to him about their condition.

The patient with a bacterial infection was being pretty shady about calling his wife. And about the fact that this was his second time being treated for the same diagnosis. So that definitely had us feeling like something was up. Will should have picked up on that. The patient he had that knew Hannah seemed to finally raise some red flags for Will. But something is still clearly going on and just because this story seems to fall together, doesn’t mean the next one will. Or maybe we’re wrong and judging Hannah too harshly and she really is doing excellent with her recovery.

Ethan and April were being extremely civil to each other. And we didn’t like it. No matter what words were coming out of their mouths, it was clear that April was just waiting for Ethan to say something to her about their relationship and situation. The whole thing has left us completely frustrated. We can see both sides of it and get where they are both coming from. But they’ve been through so much worse than this. Ethan is a full-time medic now from the looks of things. 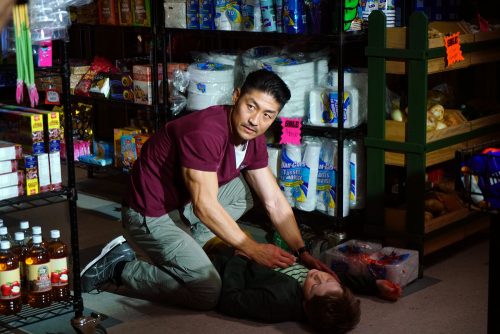 We aren’t sure where we stand on that. Is his reasoning behind it just to avoid as much interaction with April as possible? Or is he just completely spiraling emotionally? At this point, we’re kind of thinking it’s both. While he loves helping people and that’s always been obvious, Ethan has always been kept more than occupied in the ED. But working as a Medic is naturally going to put him in even more adrenaline-fueled situations. This leads us to believe that’s what he is looking for. Especially after he went running into the store. We know it was to save a kid, but still. But the way Ethan and April left things definitely gave us some hope that they will indeed be okay.

Where Do We Go

We really aren’t sure where things are going to go from here. Things seem to be chaotic for just about every character on the show and it has us feeling anxious. We know we are a couple of episodes short of our usual run and we know why. But we think Chicago Med did a fantastic job ending the season on a note that has us crazy for more. We’re questioning motives, true natures, and in some cases even awareness. Yes, we are looking at you, Will.

Will Ethan and April be able to overcome yet another obstacle in their path? Is Hannah using again? If she has, how long do you think she has been relapsed for and what do you think Will is going to do about it? Find and follow us on Twitter @capeandcastle to join the Chicago Med conversation and let us know your thoughts on the season finale and the season as a whole. Be sure to also check out our site for more articles on all things Disney, Marvel, Star Wars, and more!