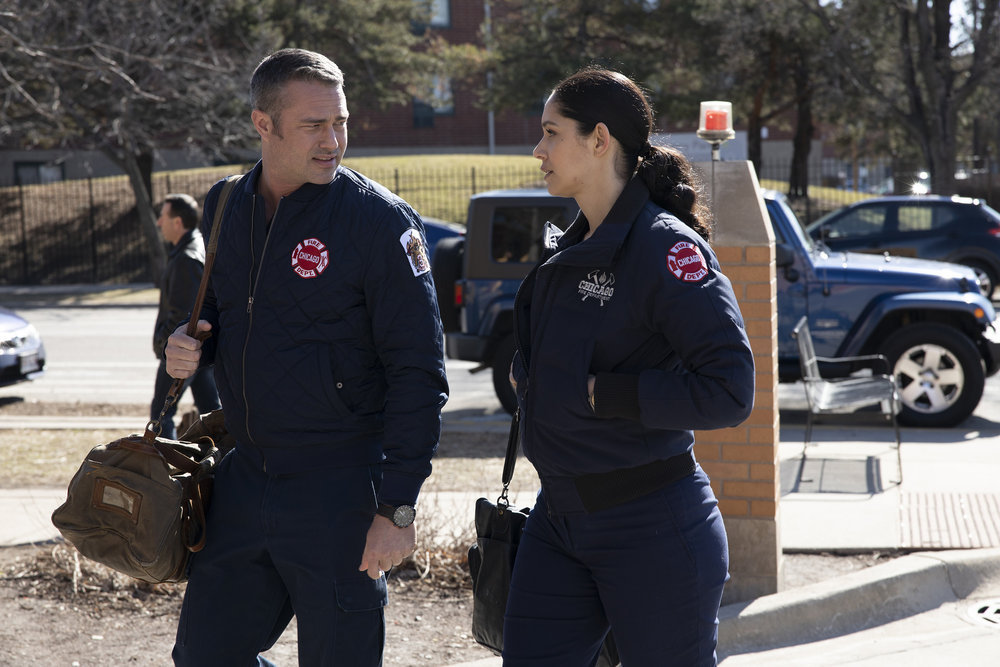 This season finale was everything we could have hoped for. Which is amazing considering things were cut a bit shorter than usual due to current circumstances. But we were so pleased with everything we saw! Cruz is clearly loving the married life and we can’t wait to see more where that came from! Plus, we got to see some Severide and Casey bromance moments and it felt like it had been forever! So keep reading for our Chicago Fire 8×20 review!

We cannot express enough how much we love Girls On Fire! This program was amazing from the moment Stella decided to do it. Sure, it took some finagling, and it had a rocky start. But Stella has always been stubborn and has gotten better at it since being with Severide. So it came as no surprise to us when the program started taking off and we’ve honestly never been prouder of Stella. She has worked so hard and it’s so obvious how much she loves the program and each one of the girls in it. And there are so many now! We are so excited for her. 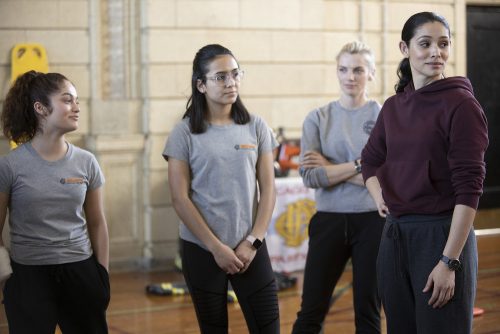 Then we got to see Sylvie and Emily joining in?! How did we get so lucky? Sylvie and Emily enjoyed participating as much as Stella does and it was such a beautiful sight to see. The three of them were right in their element and we can’t wait to see more about it. Sure, we are going to have to wait a while with this being the season finale and all, but all good things come to those who wait. And we have no doubts that Girls On Fire is going to be worth the wait and only get better from here.

We have suffered a lot of losses with this show. And it’s expected, we get that. These characters work a dangerous profession and it would be silly of us to think that all of them are always going to make it home and they’re always going to come out unscathed. But that doesn’t make it hurt any less when we lose a member of this family. We still haven’t recovered from losing Otis and have lost count of how many times we have cried about it. So when things went down in that yard, we immediately started yelling at our screens that they could not take Capp away from us.

So when the scrapyard said that most things were usually harmless, we couldn’t help but roll our eyes. Come on. So it came as absolutely no surprise when it was discovered that there had been several violations there before. We were hoping to hear how well Capp was doing after the ordeal just to be left wondering what the hell was going on when Will told Severide and Casey that Capp had refused treatment. Then when Casey and Severide found Capp at home, we were really worried. But he turned out to be fine, even though he tried to fool Severide into thinking otherwise. Too bad he knows Capp way too well to fall for that.

Crap On Top Of Crap

Sylvie has had one thing thrown after another at her and we don’t know how much more we can take. So we can’t imagine how she’s feeling! This entire season has been a rollercoaster of emotions for her and we’re so impressed with how she has handled every obstacle. But we’re sure it helps to have such a strong support system behind her to help her through. The connection that she has developed with Emily has been nothing short of amazing. This is why while we will be happy for Emily if she takes the offer. But we will be sad for Sylvie if she has to lose another partner. Plus, we don’t want to see her go. We need her to stay. 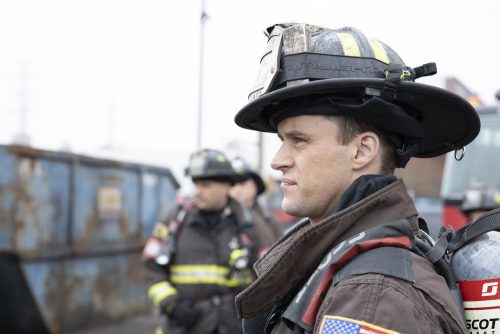 But Emily isn’t the only one Sylvie has had to lean on. Stella is always there for her too and she certainly isn’t one to pull any punches. If Stella has something to say, you better believe she’s going to say it. And you know we have to mention Casey. He has been standing right there beside Sylvie and the growing bond between them has given us a serious case of the feels. At first, we were unsure about the possibility of a relationship between the two. But the fact is, Gabby is gone. She has been gone and Casey has every right to move on. And it makes sense for him to move on with someone he has a close bond with. So, we’re here for it. Completely. We are ready.

So much has changed this season that it’s almost hard to believe. Almost. Then we remember what show we’re watching and the feeling passes. But we have dealt with the loss of Otis and are still dealing with it. We have had the pleasure of seeing Severide and Stella comfortable in their relationship in a way like never before. We’ve seen so many ups and downs with Sylvie and she has come out so much stronger. But we’ve also had the pleasure of seeing relationships evolve and change in subtle ways.

So what happens next? Will Sylvie and Matt decide to just dive in? Severide and Stella have moved in with one another, again, so how long until we get a proposal? Is that something that is even anywhere close in their future? Or are we a long way out from that? Is Emily going to stick around or are we going to lose yet another paramedic? Find and follow us on Twitter @capeandcastle to join the Chicago Fire conversation and let us know your thoughts on the season as a whole along with tonight’s finale! Be sure to also check out our site for more articles on all things Disney, Marvel, Star Wars, and more!