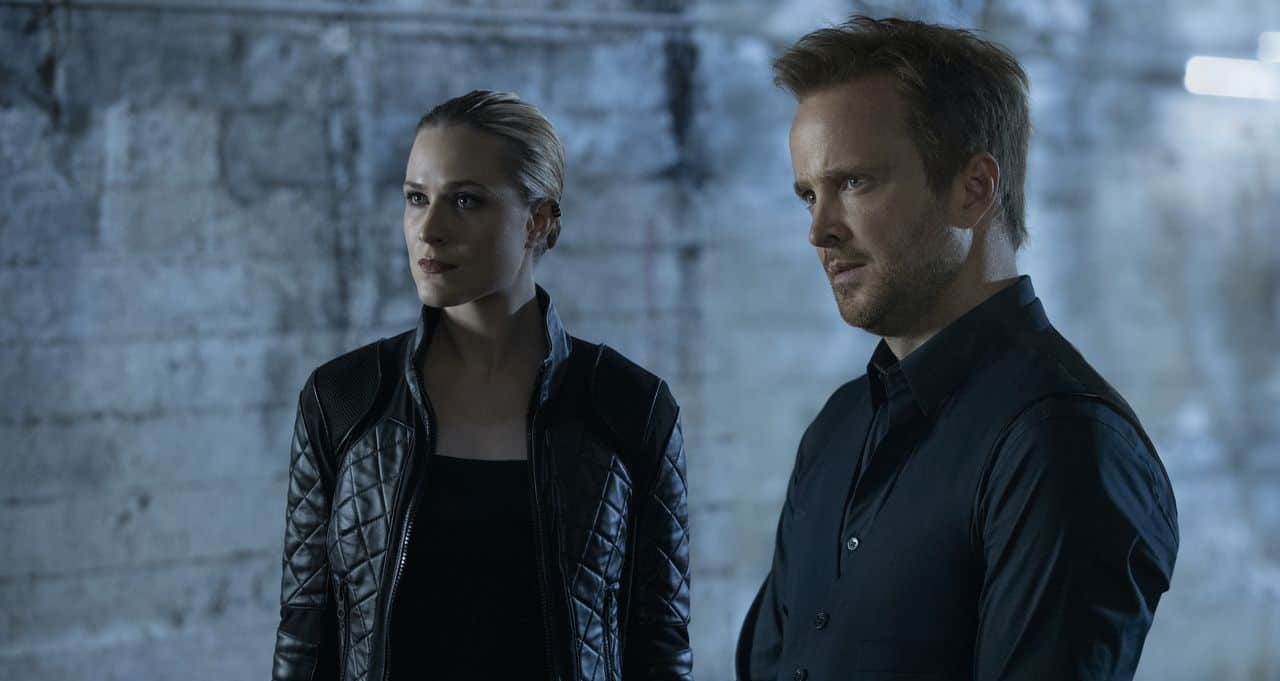 ‘Westworld’ 3×05: Review Of Tweets And Memes

Yesterday, HBO released episode 5 of the third season called “Genre” (check out our review) and this episode was mind-bending…on many levels. The fans were left, well probably confused as usual, but also bubbling with many new theories about the show and characters. And there certainly was a lot to say about the episode itself.

If it had to be summed up in one picture, it would be:

So it all started with Dolores (Evan Rachel Wood) seeking to access Serac’s classified data. Quite a challenge in itself, but not for her. Thanks to her many selves:

“You can’t be in two places at once”

Yeah. Jokes on you, now.

In the meantime, her ally, Caleb (Aaron Paul), has it rough by being shot with powerful drugs in the first 5 minutes which leaves him tripping for the entire duration of the episode. I know what you’re thinking and you know what I’m thinking: Jesse Pinkman from Breaking Bad is in the house!

this was caleb during the whole episode #Westworld pic.twitter.com/HbLgo2r2cq

So, in 3×05, Dolores makes decisive progress in her fight against Serac and the system by releasing all the data to the population. And not just the L.A. population, the entire human population. And she did it on the subway without a care in the world.

Who knew Mean Girls would ever have similarities with Westworld? Not me. And yet, it works perfectly.

Dolores is powerful. Dolores is badass. And Dolores is unstoppable, it seems. And because Westworld and Games of Thrones are now canonically linked, someone had to make this meme:

Dolores of Abernathy Ranch, The First of Her Kind, The Original, Queen of Sweetwater, Wyatt of Escalante, The Deathbringer, Protector of Hosts, Key to #Westworld and the Valley Beyond, Breaker of Codes and Mother of Exiles. pic.twitter.com/KF68uK5HCy

A non-exhaustive resume to make Daenerys worry for her Throne.

Obviously, nobody can remain indifferent to Dolores. And certainly not Caleb, whose drugged state brought some hidden feelings to the surface. And screamed facts.

caleb falling in love with dolores representing us all #Westworld pic.twitter.com/HN7UGP2PqG

And honestly, he isn’t the only one:

In conclusion, Westworld continues to be amazing and to blow minds. And we all love it!

Me when someone asks who should be watching #Westworld pic.twitter.com/dIqXu8al1h

Share your impressions or your best tweets and memes with @CapeandCastle.