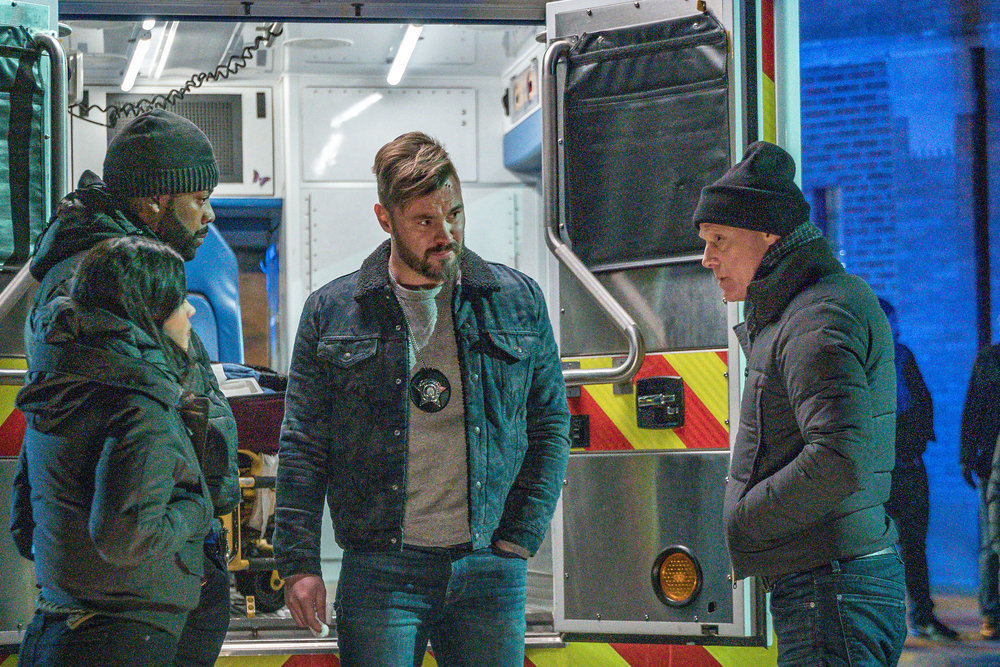 The team was really on top of their game in this episode! But they had to be with the kidnapping on their hands. Nothing seemed to add up and we didn’t know who to be suspicious of or who to trust. The only thing we knew for sure was that Voight and the team would figure it out and handle things. Also, we missed Hailey deeply and we cannot wait until she comes back. When she does, we refuse to let her leave ever again. Keep reading for our Chicago PD 7×19 review!

What Do You Want

Okay, we get it. Adam (Patrick John Flueger, The Princess Diaries) and Kim have been through the wringer several times over. And Kim has had an especially hard time of things and been through several traumatizing events. But that does not give her the right to jerk Adam around and it kind of feels like that’s what she’s doing. Honestly, it feels like that’s what she has been doing for a while. Kim knows damn well Adam loves her and the ball always seems to be in her court. So we were totally game for it to be his time to call the shots. 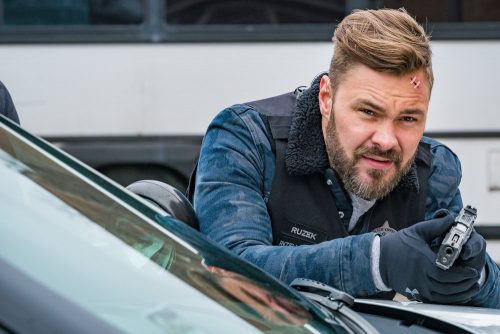 The timing really seems to be working against Adam and Kim. She is ready to take a step forward for him and he is trying to distance himself. Adam tries to work things out with Kim and she decides she isn’t ready. It’s extremely frustrating and we really want someone to knock some sense into the two of them. But we just know in our hearts that at some point, these two are going to figure it out and get together. We will continue to believe that the timing will eventually work out and they will be together forever. So no one burst our bubble.

We have never met anyone that doesn’t know how kidnappings work. The kidnappers always tell you that if you contact the cops, then whoever they took is dead. We get it. Parents will do anything to protect their kids. But what in the world makes them think that leaving the cops out of things is how you save your kid? Especially with a team like Voight’s. They definitely know how to keep things on the down-low and they don’t stop until they get their man.

But this case was convoluted from the very start and had us all over the place. At first, when Voight pointed out the father’s strange behavior, we were suspicious he could have been involved for a hot minute. But then it was revealed that the kidnappers told him not to involve the cops and he was just a dumb dumb. So when we then found out that he hired someone else behind Voight’s back and told him things he hadn’t given the intelligence team, we were annoyed. There was nothing to do but throw our arms in the air. What the hell was this guy playing at? Then it seemed like everything was a lie as the father knew the kidnapper and he had never asked for money! Then it turned out we were right all along that the girl’s father was the criminal all along.

We were really feeling Hailey’s absence in this episode and we clearly weren’t the only ones. What we really need is for just one relationship to go right on this show. Because right now they are all doing excellent jobs of breaking our hearts and keeping us on an emotional roller coaster. We just need to see a little love. And we need for Hailey to be given back. Jay is obviously missing her as hard as we are and he’s probably remembering someone else who left the squad for something bigger. Please don’t let that happen again. 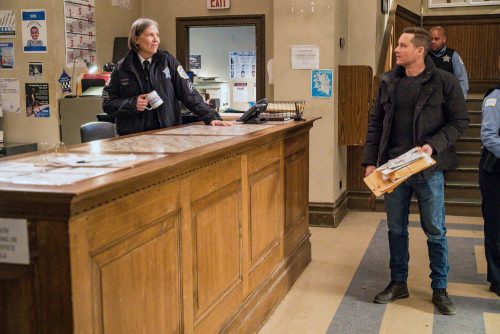 It seems like when any member of the team is missing, we feel their absence intensely. But we really feel like we have finally hit our groove with the team. The time when no one else will leave. Everything seems to flow so nicely between each member. Everyone brings something different to the table. Their skills all blend in such a way that leaves them damn near unbeatable. Hailey is a huge part of that. Plus, we would be lying if we said that we needed her to just get with Jay already. Clearly, they both need it. So we need her to come back so they can finally start making moves toward each other.

Another Win IN The Books

We never doubted for a second that Voight and the others would crack the case. This one was a real doozy and it had our head spinning a bit. It seemed like every turn led to a dead end. But when people lie or deceive Voight, it only makes him even more eager to solve the case. And an eager Hank Voight is a dangerous one. So while we weren’t surprised that the intelligence team figured things out, we were surprised at how something that seemed like a simple kidnapping got so complicated so quickly.

What did you think of this episode? Were you shocked at how things turned out with the case? Did you feel Hailey’s absence as much as we did? Do you think that Adam and Kim will be able to get it together and just be happy again? Is Kim doing the right thing for both of them by pushing Adam away right now? Or is she risking losing him for good? Find and follow us on Twitter @capeandcastle to join the Chicago PD conversation and let us know your thoughts! Be sure to check out our site for more articles on all things Disney, Marvel, Star Wars, and more!