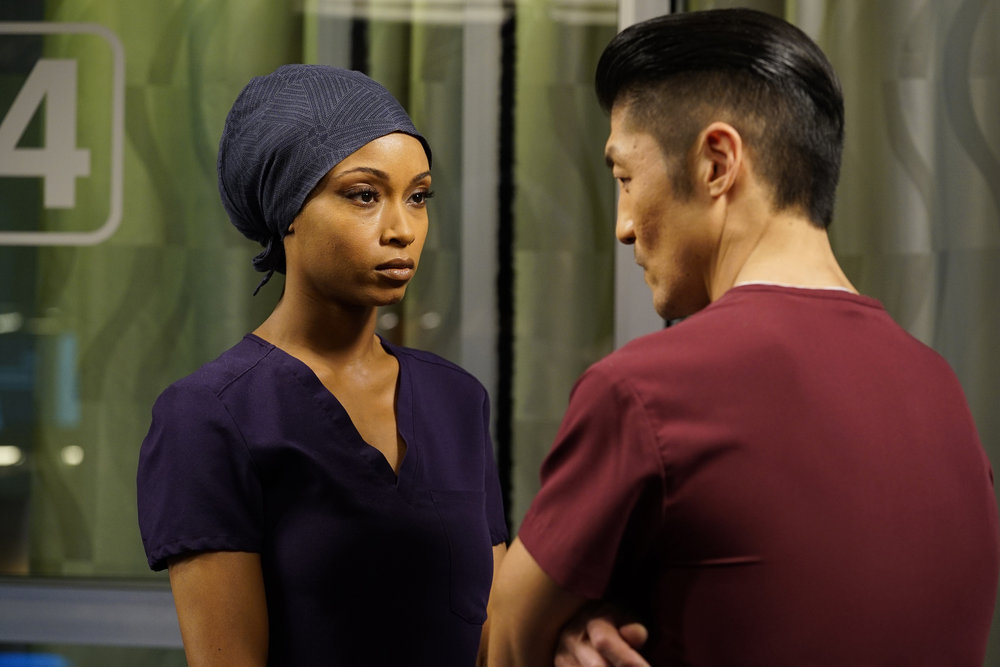 Wow! It’s been a bit, but this show came back with a vengeance. They are in the home stretch of the season, and things are certainly shaping up for a crazy season finale! But at least we don’t have to worry about renewal since we’re good on that front for the next three seasons! Though we are worrying about almost every ship we have! Keep reading for our Chicago Med 5×19 review!

Figure It Out As We Go

We’re still on the fence about Will and Hannah. But, he does seem to be happy and she seems to be doing okay. But that doesn’t mean we trust her. We know we shouldn’t, but we just can’t stop shipping Will and Nat (Torrey DeVitto, Pretty Little Liars). Eventually, they will work things out between them for good and actually get to just be happy. Right? They can’t keep dealing with wild and crazy situations forever! Okay, maybe they can. But we can’t keep dealing with watching it. They are breaking our hearts over and over again. 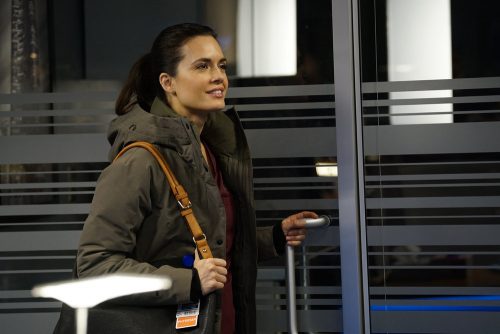 Honestly, it seems like we could end up with a showdown over Will. We haven’t seen much of Nat these days, so we aren’t sure where she currently stands on Will. But Elsa very obviously has feelings for Will and Hannah certainly doesn’t act as she plans on letting him go any time soon. If Hannah is still struggling and hiding it, that is definitely going to break Will’s heart. He seems pretty gone for her so we don’t think he will be breaking up with her. So if she isn’t sticking around, it’s going to have to be Hannah that does the leaving.

The situation with Zach was definitely a tricky one. We definitely had to side with Ethan on this one. Not that us siding with Dr. Choi is anything of a shock. But he has great intuition, especially when it comes to cases like this. We can’t imagine what Zach’s parents must have been thinking and feeling. But on some level they must have understood that the doctors didn’t have anything to gain by lying or detaining him for shits and giggles. They were doing their best to take care of a patient. As they would for any patient.

We weren’t surprised in the slightest that Crockett was giving Ethan a hard time about helping out. Yes, we understand that his patient just went through a trauma. But Crockett really couldn’t wake her up just to give Ethan and everyone else some answers? Was it really about the health of his patient or was it just one more way he was trying to goad Ethan? Not that it stopped him anyway.

The situation between April and Ethan has us completely disheartened. Things between them had seemed to be going so well. But we can’t really blame Ethan for being mad. It’s a matter of trust. And not only did April kiss another man, but she also waited to tell Ethan about it. While we would love for him to move on from this and make things okay again, we get it. We would be pretty mad too. It doesn’t help that both of them have to see and work next to Crockett every day. 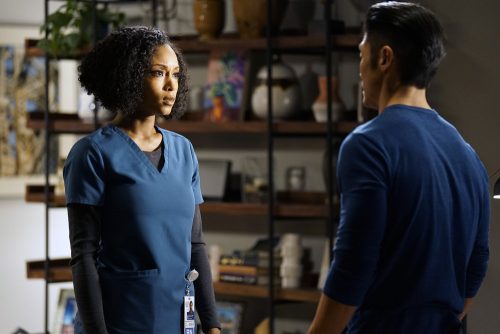 But Ethan and April have made it through everything thrown at them so far. Hopefully, this is one more thing they can overcome. But we’re concerned that the way Ethan is handling things is only pushing April further into Crockett’s arms. Something Crockett certainly doesn’t seem to mind. So we’re going to need you both to get it together. We do not want to go through watching one of you be with someone else again. We don’t even know if our hearts could take watching that again. It was hard enough the last time. So work it out!

Maggie is everything that is good in the hospital. She has been through so much and is so strong. Maggie is a true inspiration to all of us. We love that she has Ben and the two of them make a couple that is always giving us a case of the feels. They are truly happy and healthy. But the way Maggie and Ben have been with Auggie has sent us into feels overload. They’ve created a powerful bond with him and it kind of feels like they are already a family.

We think if anyone should foster Auggie, it should be Maggie and Ben. Whether they want to admit it or not, it’s clear that they are already head over heels in love with that little boy. Plus, with the foster family being denied by child services, someone had to step up. We weren’t surprised that it was Maggie who advocated for Auggie. And we were even less surprised that Maggie and Ben chose to foster Auggie in the end.

What did you think of the situation between Ethan and April? Do you think they will be able to work things out, or will Crockett continue getting between them? Is Hannah staying clean or is she struggling and just hiding it really well? What is the deal with Crockett? Can he be trusted or is he someone that’s just going to continue causing trouble? Find and follow us on Twitter @capeandcastle to join the Chicago Med conversation! Be sure to check out our site for more articles on all things Disney, Marvel, Star Wars, and more!