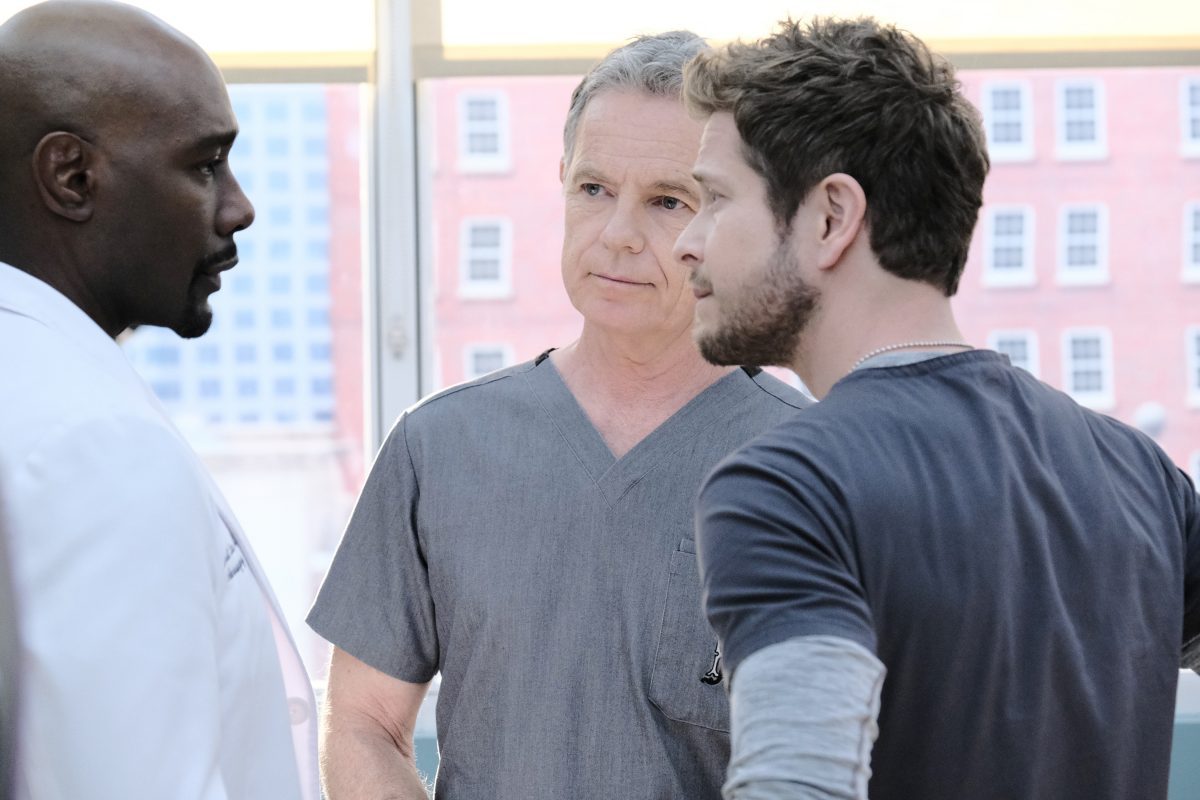 We expected the season finale to be action-packed. But we did not predict just how action-packed it would be! Things were insane and it felt like all three seasons had added up to this. Which has us concerned since we are still awaiting news on a fourth season. But we’re sure they will renew it soon! So keep reading for The Resident 3×20 review!

We were so excited when Derek woke up and seemed to be doing well! But the excitement didn’t last as he immediately stated that he couldn’t see. Kudos to Conrad for keeping his composure at the revelation. It seems like Derek could not catch a freaking break. Good thing he had Conrad on his team. But what sounded like something that may not be that bad ended up being something that could kill Derek. Seriously? Again, give the dude a break. 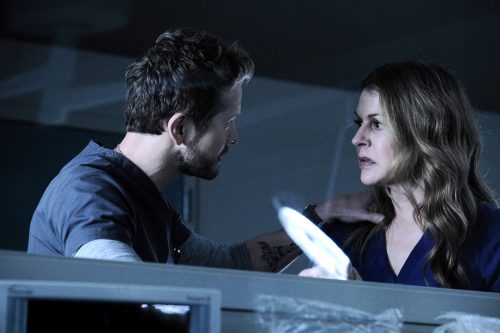 Then insult was added to injury by the fact that it seemed like Cain was the best one to do the surgery that could save Derek’s life. We still can’t decide if that’s poetic justice or just ridiculous irony. Cain certainly wasn’t making a very good redemption case for himself when he tried to get out of doing Derek’s surgery. But, yet again, Bell proved why we now love him so much. He stepped in and stepped up. Derek could not have asked for a better team and we’re thankful he found the one he did. Hearing that Derek was going to be okay had us majorly sighing in relief.

The cute pink unicorn sticker has given us nightmares because of this show. Literal nightmares. That ventilator has been all over the hospital and we were genuinely concerned about the actual number of people it came into contact with. This is all Cain’s fault. We were already done with him, but this entire situation has really escalated things.

But the virus didn’t really seem to be anything that was dwelled on. Except for Derek’s situation of course. And talks about the coverup at the end of the episode. Everyone seemed to come together in order to make sure that things were kept quiet so people wouldn’t panic. And Cain had made sure that he quietly had everything else properly cleaned and sanitized. But if the ventilator with the unicorn sticker on it was able to slip through the cracks, doesn’t that mean something else may have been able to as well? And how many people did that one ventilator come into contact with before it was caught?

Light in the Darkness

Even though there was more than enough negativity to go around, that doesn’t mean there wasn’t some good. It’s been a true pleasure to watch Kit and Conrad bonding and working together. But Conrad also made an amazing team with Bell this season and we can’t wait to see where they go from here. They make a wildly impressive team. Another amazing team lately has been Devon and Nic. Their personalities really mesh well and they seem to be similar in all of the best ways. The way they communicate with each other through their facial expressions never fails to make us laugh. 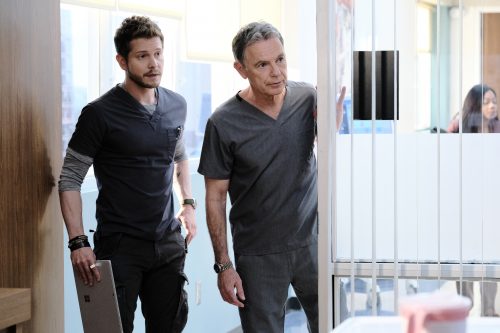 As far as the sentiment that absence makes the heart grow fonder, we have learned how true that is. We have been missing Mina so much that we wanted to see her in every scene. And when we did see her, we were absolutely riveted. Never leave us again. And if we’re going to talk about Mina, we have to talk about her partnership with AJ. These two make the best of friends and partners. While we don’t want to see anything ruined between them, we would really love to see a romantic relationship. They should give it a shot. Come on. Their ship name is Minator and that’s so awesome. Speaking of ships, Conrad and Nic have kept us well fed this season! Then we have Kit and Bell. While they aren’t together yet, we are holding out hope that they will be soon!

The Past ALways Comes Around

Anyone that Barrett Cain knows always has us suspicious. But in this case, Justine seemed to truly believe Cain was a good dude. We immediately wanted to know more about her and what her connection was to the one we blame for all of the bad things at Chastain. So who better to find out than Nic? But we didn’t want to see Cain humanized. We didn’t want to allow him to be redeemed. Something that was easy since in the background of finding out why he is so bitter, Cain was to blame for Derek’s condition. So there was that.

Cain once again made things worse by putting this patient above all the rest. We get that he still had feelings for her and we get that it can put things in a different perspective. But he wasn’t making things better for himself by valuing one life more than the lives of the rest of the patients in the hospital. The amount of entitlement this guy has is through the roof at this point. The man has got to go. ASAP! Though we do feel bad that Justine died and Cain was clearly deeply affected by her death.

What did you think of the season finale? Was it everything you hoped it would be? When do you think we will hear about a fourth season? What do you think is going to happen to Cain now? What’s next for Conrad and Nic? Are there any other relationships you feel we will see in the future of the show? Find and follow us on Twitter @capeandcastle to let us know all of your thoughts on this season of The Resident! Be sure to also check out our site for more articles on all things Disney, Marvel, Star Wars, and more!