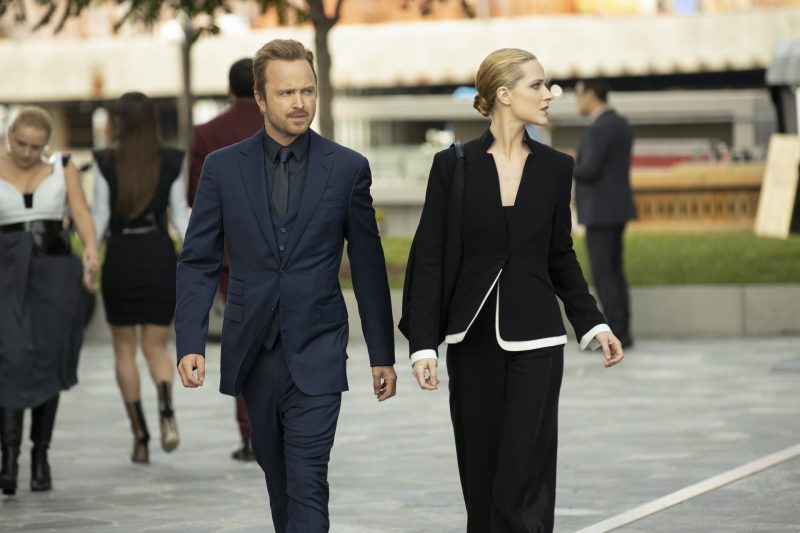 The Man in Black was back on the latest episode! Not only that, but Caleb and Dolores are officially a team. They are proving to be a force to be reckoned with! We were loving every second of their interactions. But also the dynamics that were clearly shifting between them. If we didn’t already ship them before, (we did) then we definitely do now! Keep reading for our Westworld 3×04 review!

The Return of William

We knew that William, or who we know as the Man in Black, would make his reappearance. And we expected that reappearance to be completely insane. Which is exactly what we got. William came back to us hard and fast, haunted by the sins of his own past. But when it came to the fact that William couldn’t seem to tell what was real from what wasn’t, we related to him in a way we never have before. When it comes to Westworld, what’s real and what isn’t seems to always be in question. But we still didn’t feel bad for William or his suffering. We will never feel bad for him. 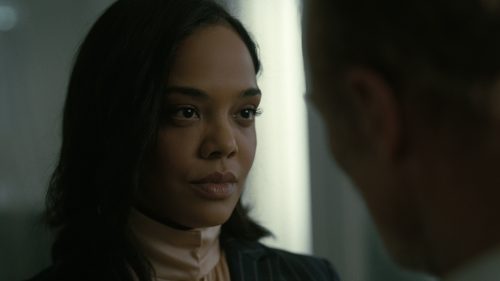 When Charlotte made her appearance, we weren’t sure what reality we were witnessing. She told William that he needed to come back to reality, which left us more confused about where he was than ever. We are also kind of wondering why the company matters so much. But we’re also wondering about the strange team that is William and Charlotte. Gosh, who the hell is Charlotte hosting in there? People seem to think it’s Teddy, but we need some concrete evidence. Whoever is in there, Charlotte is playing on a lot of teams. William now thinks it’s Dolores. But is it? We don’t know how she hasn’t confused herself yet. We’re still confused. Are there 5 different versions of Dolores out here?!?! We need answers.

It was nice to see Maeve alive and well and not a statue. But we really don’t want to see her align herself with Serac. He seems to be crazier than Dolores. Which is really saying something. Also, the fact that he doesn’t feel like Maeve is a threat he should worry about is so naive. We wanted her to go after him for that comment alone. Because if and when that fight goes down, our bets are going to be on her without a question. And that’s what we felt before he made it clear that he thinks of Maeve as nothing more than an item to do his bidding.

While she appears to be ready and willing to do as Serac asks and go after Dolores, we have to wonder. Because if there’s one thing we know about Maeve, it’s that she doesn’t put her cards on the table until she’s ready. She is always thinking and has done a pretty good job of getting herself out of every nasty situation that has been thrown her way. So far. But we have faith in her that she can keep doing this and we hope that she will do an about-face and end up on Dolores’ side of things. We certainly refuse to believe that she’s dead. That can’t happen. It just can’t.

We knew the team-up between Dolores and Caleb was coming and we thought we were prepared to see it. But we weren’t. Because it was so much better than anything we imagined. They work off each other impeccably, even if Caleb never knows what Dolores’ next move is going to be. Welcome to the club, dude. But we give you kudos for following her anyway. Even if it does seem like she wants to take over every human on Earth, including you. Probably. She could still change her mind. Or Serac could get his way and have her killed and take over the human race himself. Either way, it doesn’t look good for you, Caleb. Unless of course, underdog Bernard comes through and allows everyone to be free. It could happen. Probably not. But who knows? 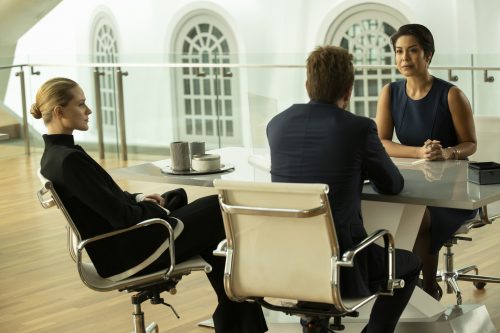 We were tense during the bank scene and that’s putting it mildly. If we had been in Caleb’s shoes, we would have done a lot more then just sweat a little. Though we give Dolores kudos for not going with her instincts or usual MO and just killing everyone. That’s a big step up for her and we think it’s all part of the influence that Caleb has on her whether she knows it or not. Though we have to admit that it was great to see her kicking some serious ass again. We missed that.

What did you think of this episode? Do you think Maeve will follow through on Serac’s orders? Or do you think she has a plan of her own in mind? When Charlotte eventually has to pick just one team to be on, which team do you think she will side with? Are you shipping Dolores and Caleb? Is it even Dolores? It’s at least a version of her, right? Right? Someone help. Find and follow us on Twitter @capeandcastle and let us know your thoughts on Westworld and what is happening! Be sure to also check out our site for more articles on all things Disney, Marvel, Star Wars, and more!