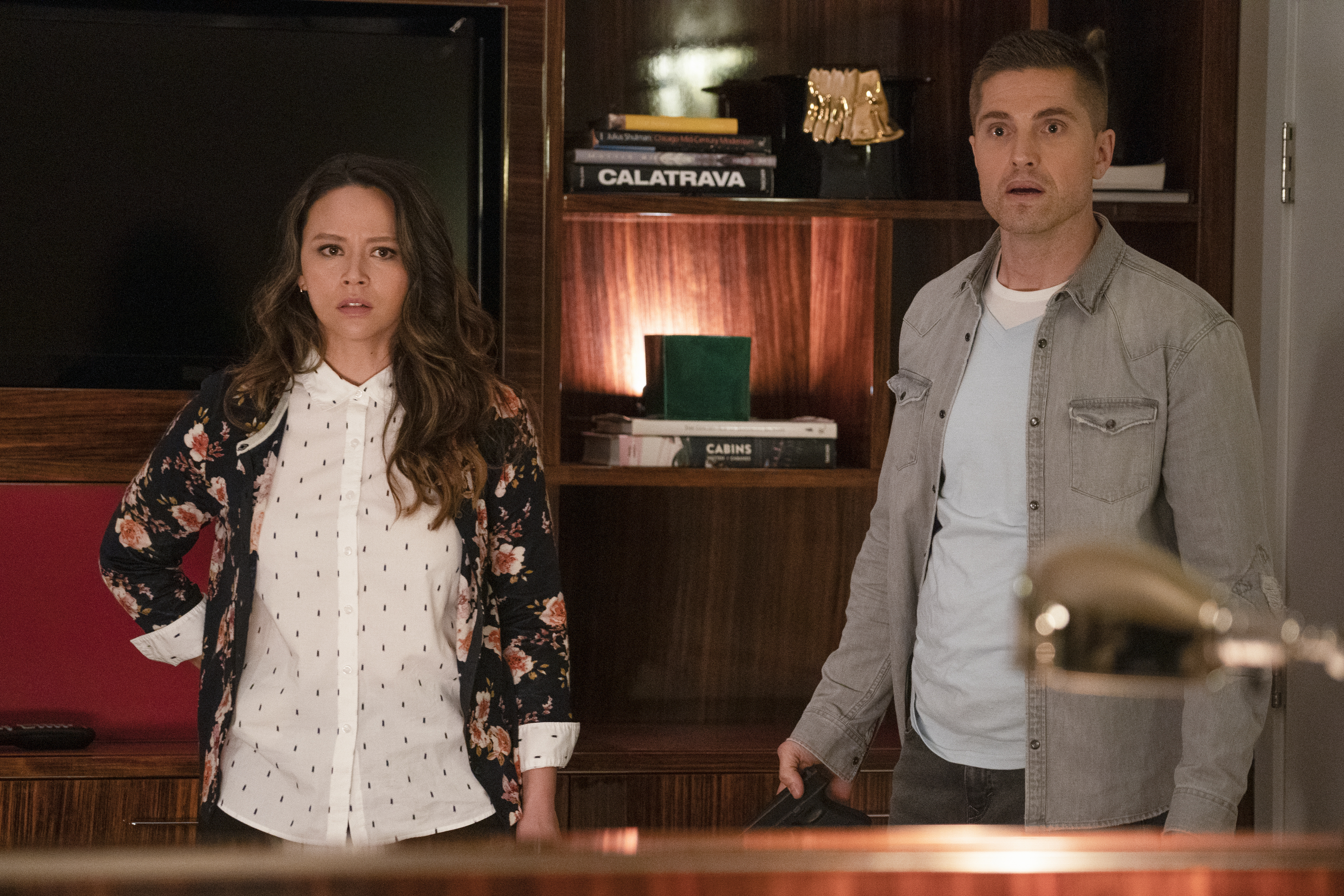 This episode was keeping us well fed in just about every way! It was a pleasure to see the amazing Roselyn Sanchez make an appearance. We love her so much! Plus, we got to hear the fabulous Melissa O’Neil sing. These are just a few of the things that helped make this episode incredible. But you know we won’t skip out on talking about that Tucy content we got! Keep reading for The Rookie 2×16 review!

We knew we were going to get to hear Lucy sing but we were not prepared for what we got! She was incredible but we couldn’t help laughing as she ran away and the judges tried to stop her. Lucy could have been the next American Idol, Tim! And you just had to go and yell. Though we can’t complain too much about Lucy possibly missing out on her Idol chance because we love her as a cop. She makes a damn good one and we would hate to miss out on all of the Tucy moments as well. 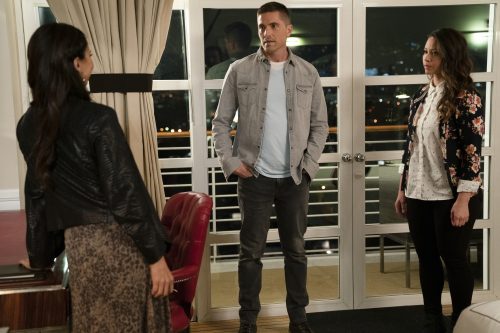 Speaking of Tucy, we were blessed with some amazing moments in this episode! The snake in the garage had us laughing and also freaking out just a little. We aren’t fans of snakes. But Tim and Lucy handled it well. Well, mostly Lucy. From the second Valerie made her appearance, we knew she was going to cause big trouble. But we didn’t know that she was going to be responsible for some quality Tim and Lucy moments. When Tim walked into that hotel room and Lucy knew she was in trouble, we were cackling. But that could have been because of the back and forth between Valerie and Tim as well.

We love getting a glimpse into who Nyla is off the job. The added bonus is that there was no one better to get that glimpse than John. Though our hearts broke for what Lila and Nyla had gone through. We can’t imagine how she must have felt almost losing her life in front of her little girl. Then to have your spouse use the situation against you in order to claim that your child wasn’t safe with you? As if it was something that was Nyla’s fault in any way. She’s a damn good cop, she works hard, and she puts her life on the line every day. No one should be able to use the fact that Nyla is a good cop against her.

We loved the relationship Nyla has with her daughter and the fact that she was willing to believe her. Even when her ex chose not to and tried to write Lila’s claims off. Which is a good thing, since Lila was clearly on to something. But it was heartwarming to see John and Grace keep their date while also trying to help Nyla out and act as buffers at dinner. Even if it did make John a little nervous about the fact that he hasn’t met Grace’s son yet. But that was quickly pushed aside for the creepy sight they saw outside! Which was a situation that only went from bad to worse. Thankfully John and Nyla make a badass team, because they get themselves into some crazy situations!

It totally sucked that Jackson and Angela had to work the overnight shift, but it provided them with some quality bonding time. Which led to Jackson letting Angela know that Wes was totally going to propose on their trip! Something we can’t believe we didn’t immediately assume when they were talking about it. He seemed so much more excited than he would be if it were just a little trip away. We need to see Wes proposing to Angela more than we can say. These two have been an amazing couple to watch and so much fun. They really are amazing together and we want to see them take that next step. 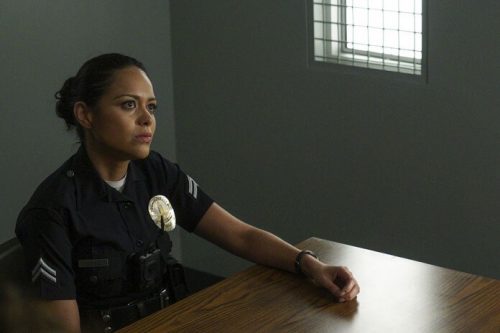 While we loved that Jackson pointed out the possibility of a proposal to us, we felt bad that it made Angela anxious. Which means he definitely deserved to hear all about her anxiety over the situation. She was doing just fine about the trip before he said anything. Thankfully, Wes is the absolute best and he proposed to Angela before their trip. And what a beautiful proposal it was. As if we could love Wes anymore than we already do? We hope they have an amazing and celebratory mini-vacation! That’s one wedding we can’t wait to see. They deserve it.

What did you think of this episode? Do you see Tim and Lucy getting closer? What did you think of Valerie? Are you seeing Nyla in a different light now that you know a bit more about her? Do you think John and Grace made the right decision on joining Nyla for dinner? Find and follow us on Twitter @capeandcastle to let us know all of your thoughts on the latest episode of The Rookie! Be sure to check out our site for more articles on all things Disney, Marvel, Star Wars and more!