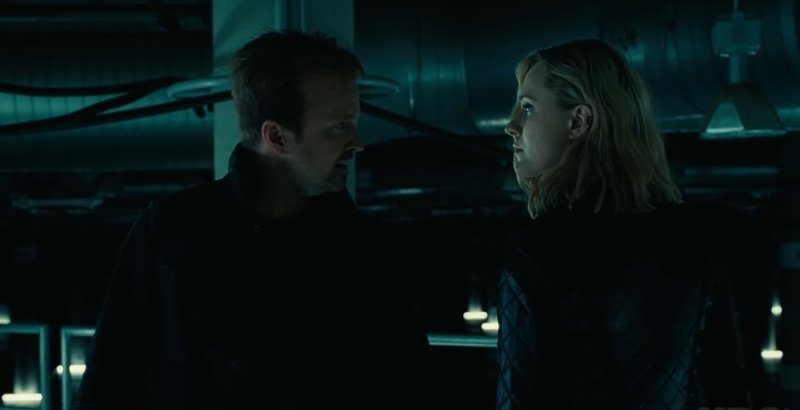 ‘Westworld’ Season 3: The Potential Of Dolores And Caleb

So what is it going to be? Calores? Doleb? Before we get there, let me explain why Dolores and Caleb have great potential and a better chance at working than the previous romances Dolores (Evan Rachel Wood, ‘Frozen II’) has had.

I know this is only episode 1, I know it only lasted 15 seconds, but there is already so much to write about these two. Hints have more or less subtly been scattered all across the episode.

If there is something HBO’s ‘Westworld’ loves to play with, it is déjà vus. All the characters and storylines are intricately woven together in a vibrant tapestry — or I should say an algorithm.

The first episode of season 3 titled ‘Parce Domine’ was a real gem, filled with many Easter Eggs you could write pages and pages on.

Caleb (Aaron Paul, ‘Need for Speed’) is one of the new characters and his introduction strikingly resembled Dolores’ in Season 1.

Just like Dolores in the early series, Caleb is trapped in a life he has no control over; stuck in a meaningless routine; aimless in a society where he can’t find his place.

Caleb yearns for something more as he says himself in this significant line, moments before meeting Dolores, “I need something…someone real.”

The line is as painful as it is ironic since his path is about to take him to a robot. But nothing is ever a coincidence in ‘Westworld’. Despite all the technology, the storyline is deeply rooted in mysticism and mythology. Destiny plays a key role. And Caleb’s journey is intertwined with Dolores’.

But she isn’t the only person he shares similarities with. In fact, he shares more with Teddy (James Marsden, ‘Enchanted’) — Dolores’ significant other.

The first thing they have in common is their complete and immediate fascination for Dolores upon seeing her for the first time (and that piano bit gave me chills).

But not only. Caleb and Teddy are also haunted by the memories of a distressing past from the time they were soldiers, and both yearn for a sense of normalcy that life denies them.

Although many (including Evan Rachel Wood herself) draw similarities between their first encounter with the one she had with William, the way Dolores fell into his arms, fatally wounded, was more similar to the scene she had with Teddy in the final episode of season 1.

And indeed, Caleb went back on his tracks too, like a calling he couldn’t resist.

In season 1, Dolores found an ally in William. And in season 2, she had Teddy. In season 3, things are significantly different. She is lonely (and she does it so well!) and she is in charge, accompanied by a faceless assistant she communicates with through a transmitter (a program?). Only once she has a host by her side, who turns out to be more a minion than an actual partner.

Her solitude pierces through the screen when she stands alone in that dark tunnel, wounded, weakly leaning on the wall.

Enters Caleb. And his very first words to her, “Hello? Do you need some help?”, undoubtedly hint at the nature of their coming relationship.

One thing I love about Westworld is its flawless exploration of onomastics (the science of names). Anything you need to know about a character will be in the name they bear. For instance, Dolores means ‘sorrows and aches’; William means ‘resolute protector’; Teddy means ‘wealthy guardian’. And we can all agree that at some point along their journeys, each of them embodied those characteristics.

Therefore, as soon as I heard Caleb’s name, I put my spectacles on and flipped through my dusty book with my best scholarly expression —ok, I googled it— and here’s what I found (spoiler alert, sorta): ‘faithful, devoted; wholehearted and brave.’

I think that’s quite self-evident. He is the new sidekick and no trailer is needed to make the maths.

So why would Dolores even need a new ally when she kicks ass and takes names superbly by herself? And why does Caleb shares so many similarities? As ironic as it sounds, ruthless, unruly and sociopathic Dolores has a soft spot for good men with noble values. It is a fact. First Teddy, then William, and Teddy again. 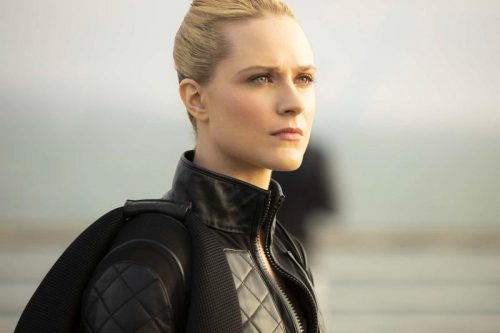 The problem is that neither of them had what it takes to keep up with her. William lacked patience while Teddy’s righteousness was too inflexible.

So is Caleb the new Teddy? Not quite. He is the right match for the new Dolores. He is introduced as a good compromise between her two former lovers. He is a former soldier, brave and honorable, a loving son but he also becomes a criminal for money when the night falls.

Teddy was her moral compass — her cornerstone as she said— and when he died, she lost it. Without someone showing her right from wrong, Dolores loses grasp of her humanity.

And it is quite interesting how in last week’s episode, she is restless until she finally collapses and ‘takes a break’ into Caleb’s arms. And this is only one detail among all the elements you could pick out in their first encounter scene. 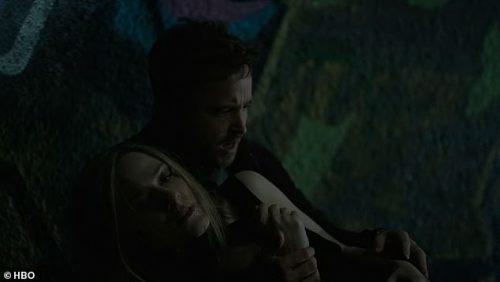 All these elements point out that Caleb could become Dolores’ new cornerstone in the human world. One who is willing to get his hands dirty along with her, be loyal and bring balance into her perception of the world while she gives him something real and worth fighting for.

And that is my conclusion after watching the first hour of Season 3. Episode 2, roll on!