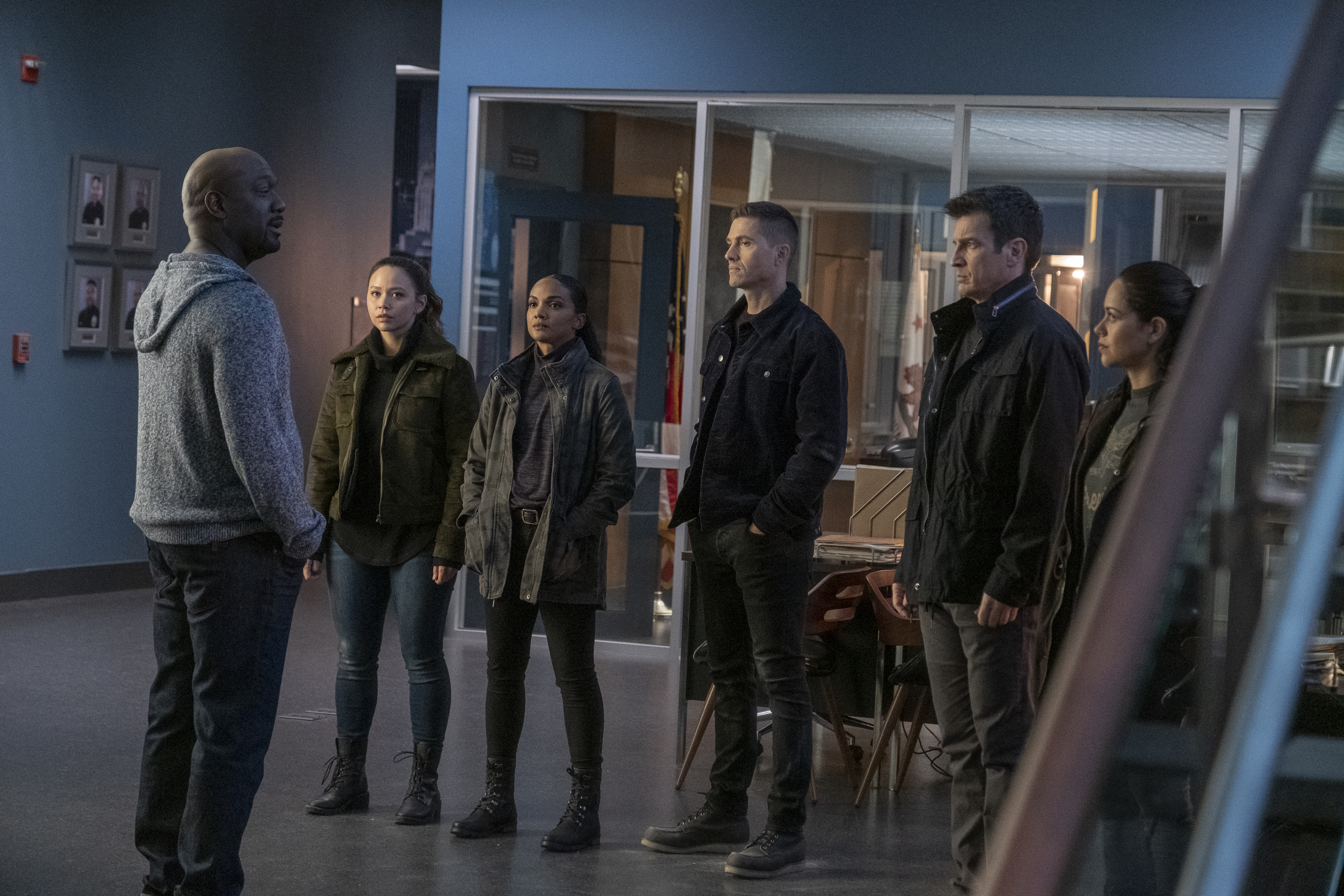 This episode saw some old acquaintances, new friends, and dangerous situations all around! Grace wanted to keep a closer eye on John’s health, something that was probably necessary after the situation he got into. Lucy made a new friend that may be just a little bit of trouble. Tim meets up with an old squad member who is in a bit of trouble. Keep reading for The Rookie 2×14 review!

Okay, we could not stop laughing at Nolan and Harper covered in glitter. They looked great in it! Really. We love that this show is able to be both serious and bring a little humor at the same time. We especially loved all of the different suggestions for how to destress. Goat yoga! Thank goodness we got to see it. You can’t say it and not show it! Our hearts can’t be racing the entire episode every episode. That definitely wouldn’t be good for us. Clearly it isn’t working out too well for John, either. 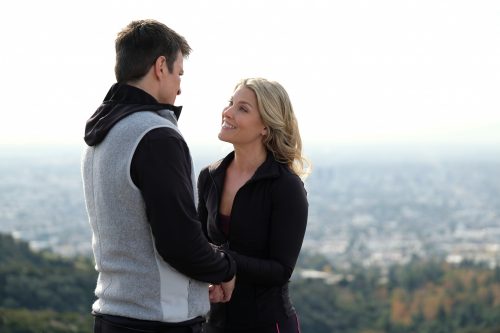 We were a little unsure of it in the beginning. But we are kind of loving Grace and John together. It’s absolutely adorable to see the way Grace is so concerned with John and his health. Even though her being worried makes us a little worried. Grace kind of seems perfect for John. She’s his age, she’s been through the same types of situations he has been and they know each other from their younger days. Plus, Grace isn’t so serious all the time. John needs someone around to show him he is still allowed to have fun!

We don’t blame Lucy for wanting to get herself a dog for comfort. But we completely understand where Jackson is coming from. He was completely blindsided by a dog big enough to do some damage. And damage is exactly what he did. Just not to Jackson. The apartment definitely could have been classified as a crime scene though. But the place is new to him and he’s going to act out. We will always make excuses for animals, just so you are all aware. They are precious and adorable and innocent always.

Tim not wanting Lucy to have a dog, on the other hand. We were kind of surprised that he would be against the idea. Not only because we would assume Tim would approve of literally anything that brought Lucy comfort after what she went through. But also because who doesn’t like dogs? Who doesn’t love them? Unless Tim is just feeling a little jealous, of course. Maybe he would rather Lucy seek him out for comfort. We know, we know, they aren’t there yet. It doesn’t mean we can’t keep hoping. But, come on, Tim took the dog! Try and tell us there isn’t something romantic in the works for Tim and Lucy. Just try and tell us.

Tim and Lucy just can’t seem to catch a freaking break. If it isn’t Lucy going through something, it’s Tim. After everything that happened with Lucy, the two of them definitely deserved a break. But not only did they not get that, but they also got more emotional turmoil. The only emotional turmoil we want to see between them is what they go through trying to have a secret relationship. We certainly didn’t want to see Tim loading more guilt on himself for something we were one hundred percent positive wasn’t his fault. But we had no doubt Lucy would handle that. And she definitely didn’t disappoint. Lucy has proven time and time again that she knows Tim better than anyone else. This time was no different. Tim also opens up to Lucy in a way that he doesn’t for anyone else. Plus, he took the dog! 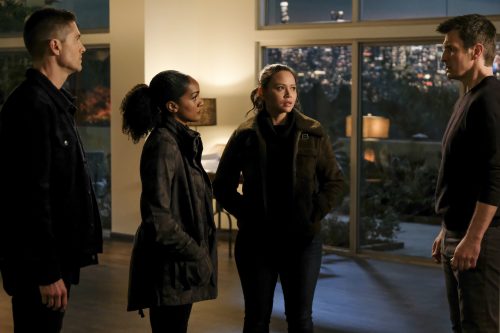 Then we had John, who always seems to find himself in trouble. But this time, things were definitely even more on the dangerous side than usual. And Nyla was along for the ride this time, along with the rest of the team. Though, if we had to choose who should be in a dangerous situation with Nolan, this team is it. They went against the rules, but they went with their guts and instincts. And those proved to be right in this situation. Sometimes you have to break the rules to bring the bad guys down. Even when the chips were down and things didn’t look great, we had no doubt this team would pull through.

We love that amidst all of the emotional drama, trauma, and scary situations, we can still have a laugh. Every week truly feels like a movie that puts us on an emotional rollercoaster. But it’s a ride that we absolutely find ourselves more and more addicted to week after week. The opening with the glitter had us laughing our asses off. Then we had the situation with Lucy’s new best friend and Tim getting him in line. And we certainly can’t forget the kid who was using his drone to be a complete pervert. Not that the situation itself was funny. But the reactions from all the parties involved were hilarious!

What did you think of this week’s episode? Are you glad that we are getting to see more of Grace? What about the relationship between her and John? Do you agree that something more really is developing between Tim and Lucy? What the heck even happened with Rachel?  Find and follow us on Twitter @capeandcastle to join in on The Rookie conversations! Be sure to also check out our site for more articles on all things Disney, Marvel, Star Wars and more!