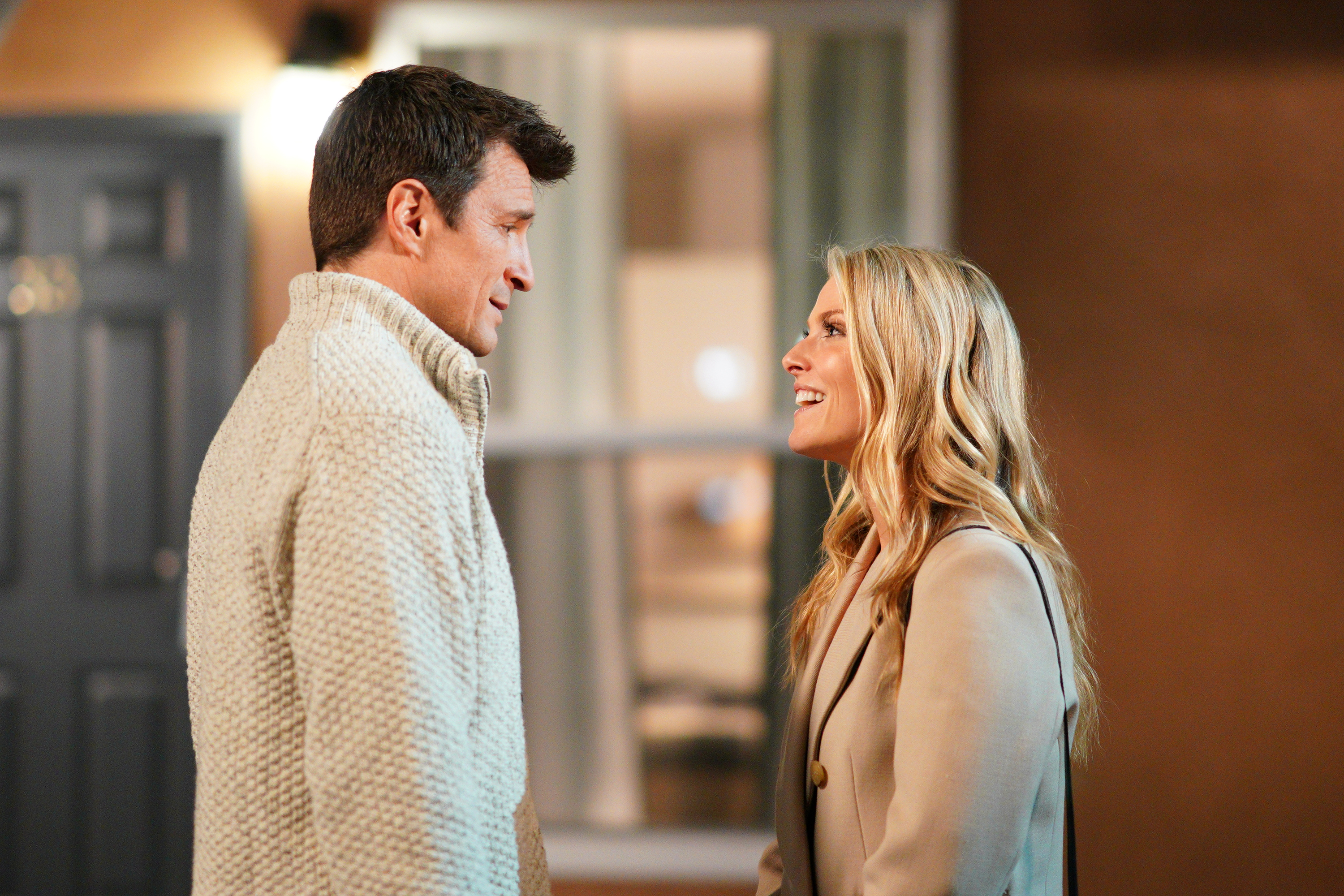 This week’s episode was all about checking in and following up. But just because these are follow up cases doesn’t mean it doesn’t require complete focus. Something that John is understandably struggling with after receiving news about his family. But at least he has a date with Grace to look forward to, right? Plus we definitely had some Tucy content! Keep reading for The Rookie 2×13 review!

What the hell is going on with Tim and Lucy? The looks these two were giving one another! Call us crazy but things between them are heating up. The way they were working perfectly in sync with one another with their case was beyond impressive. Plus, these two were the best ones to put on that case in our opinion. If any team could figure out how to handle the situation, it was going to be these two. The only thing they seem unable to figure out is that they are totally in love and need to just get together already. Yeah, we went there. 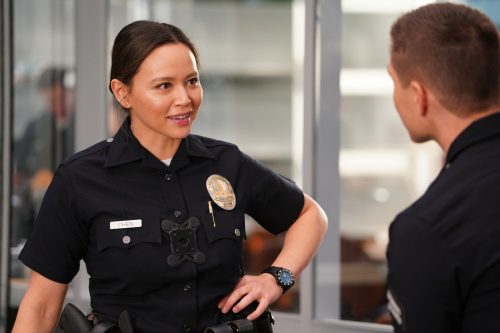 The way Lucy encouraged and rooted Tim on this entire episode had us swooning. We certainly weren’t surprised that Tim came in at number 8 out of 140 on his exam. And Grey had a possible position for him to take. Which would mean that he would no longer be Lucy’s superior and would take one more obstacle away from the two of them not being able to date. While it would suck to miss out on them riding together, it could be worth it. Just imagine all of the moments we would get if their relationship changed. Because we are so ready for that! But in the end, Tim made the best decision. After he finishes training Lucy, that’s when things will heat up. We just know it.

John was definitely off his game, but understandably so. Regardless of how he felt about his father, his death is still naturally going to affect him. But Nyla is a pretty great partner for him to have. She really seems to get John and knows perfectly where to draw the line between being a superior and comforting her partner. Nyla is just proving again and again what a great addition she is to this team of incredible cops. She really knows her shit and has been a pretty great teacher to John. The man has definitely stepped up his game this season and we are here for it. But with the shocks and surprises he’s receiving, he has had to step it up.

Hearing about your father’s death is going to cause you to experience a wide range of emotions. But John wasn’t even given a chance to process that before he was introduced to a half brother that he didn’t know about. By introduced to, we mean assaulted by because Pete gave John a pretty hard hook. But Nyla was there to assist and we couldn’t help but laugh just a little bit about the situation. Actually, every interaction that involved Pete in any way was absolutely ridiculous in the best way. We will take more episodes like this one.

It never fails that Angela and Jackson seem to get the most bizarre or outrageous cases. This was no different when they had to try and locate what we think is the ugliest sculpture we’ve ever seen. Granted, we haven’t seen that many. But the thing totally did look like a giant piece of poop. So, naturally, Angela and Jackson were the ones that had to deal with the entire ridiculous situation. Unfortunately, that was probably the closest to easy their day got. 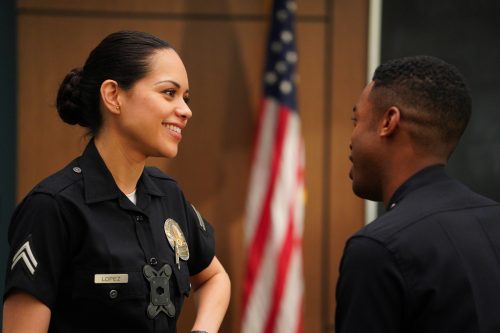 We did not envy Angela having to call Wesley and let him know that his mom had been brought in. The cringe factor was pretty high. It was actually only made worse when Wesley’s mom admitted that she got the gun from her tennis instructor who she is now dating. And, oh yeah, she brought in the family lawyer. So Wesley was officially fired as his mom’s lawyer. Ouch. And just when we thought things couldn’t get worse, the gun was part of a crime that Wesley’s mom could potentially have been held responsible for. Yikes. But can we just take this moment to say how much we really love Wesley? The guy is just all around incredible and we’re so glad he has Angela to help him through everything he’s dealing with. Now that’s a power couple!

Bit of a Day

Everybody had a bit of a rough day or a couple in some cases. It was definitely an episode that revolved around strange cases, revelations, and wild rides. But at least it did involve a date between John and Grace. A completely weird date, but a date nonetheless. At least we are finding out early that Grace can deal with anything that comes up when she’s out with John. To be with him, you have to be willing to have adventures and she certainly seemed willing to do that. She even seemed to have fun and consider it a great date.

What did you think about the latest episode? Do you see something happening between Tim and Lucy? What about Grace and John? Are things heating up between them? What did you think about John’s family situation? Find and follow us on Twitter @capeandcastle to join The Rookie conversation! Be sure to also check out our site for more articles on all things Disney, Marvel, Star Wars and more!