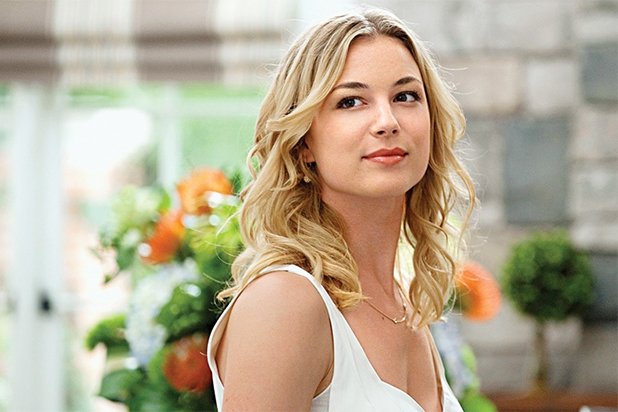 There are a million different reasons why we love Nic. She’s smart, resourceful, and kind-hearted. But she is so much more than that. She can handle herself and any situation that gets thrown her way. She’s a true role model and inspiration to us every day. But especially on days like today! So keep reading for our International Women’s Day dedication to Nic from The Resident!

Nic goes after everything she wants. She also doesn’t put up with any crap. And yes, we are talking about Conrad as well. Because while we love him, there definitely needed to be some changes in order for their relationship to work. If Nic hadn’t been willing to stand up for herself and make clear what she expected from a relationship, things between her and Conrad may not have ever worked out. And that would most certainly be a damn shame. 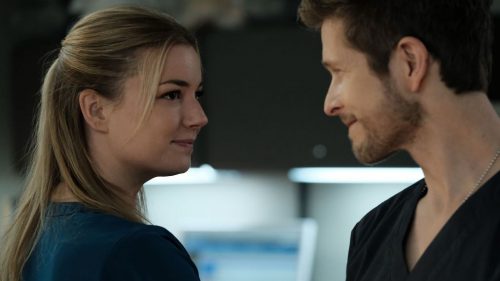 But Nic wasn’t willing to accept anything less than she knew she deserved. Not only that, but she made it clear to Conrad exactly what she needed in order for their relationship to have any hope. That kind of confidence and the fact that Nic knows her own self worth and isn’t afraid to fight for it is exactly what we need to see on our screen. We could all do to stand up for ourselves better, especially when it comes to relationships.

Nic is a True Leader

While Nic doesn’t make a point to throw her title and all the things she’s capable of doing around, she will if she has to. Nic is extremely capable and she cares about each and every patient that crosses her path. Even ones that definitely don’t deserve her kindness or sympathy. But she has never been afraid to put a patient in their place if they are disrespecting her or one of her fellow nurses. She knows how to keep her cool in any situation.

When the hospital is in turmoil, which seems to happen much more often than it should, Nic doesn’t hesitate to take charge. Nic always seems to know where everyone is and where they are going to be needed in a crisis. More than that, Nic also knows when they’ve worked too long and does her best to fight for their rights. If anyone helps to maintain a good environment for the nurses, it’s Nic. We all need to work with someone like her.

While Nic has been faced with some pretty serious situations, she doesn’t back down. Even when she was wrongfully arrested, Nic didn’t give up. She knew that she was right and she wasn’t going to stop until she got to the bottom of what was going on. If Nic ever wanted to quit being a nurse, we would definitely recommend that she go into the private investigator business because she would be a natural. When something is going on at Chastain, she’s the first one to investigate it and won’t stop until she figures it out. 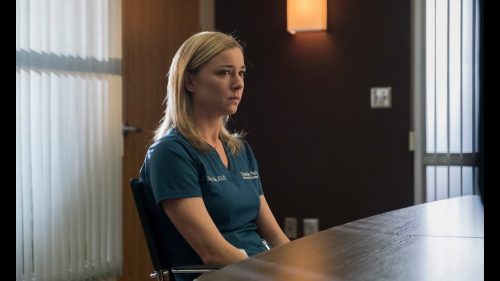 Nic seems to have some pretty amazing instincts and she uses them every day. If a patient or a situation makes her feel off, she does what she can to figure it out. She also doesn’t let anything deter her from her mission. When Conrad tried to convince her that Lane was on the up and up, Nic insisted that something was going on. Even though Conrad didn’t seem to want to get involved, she didn’t let it stop her. She also didn’t gloat when it turned out that she was right. Nic was just thankful that the truth was revealed in the end.

After everything with Lane, Conrad, Bell, Jessie, and all the other situations she’s dealt with, one thing is clear. Nic isn’t someone we would want to mess with. And anyone who tries, will not only have to deal with her kicking their ass with sarcasm and grace, but they will have to deal with Conrad as well. Because he will always stand by her side. And he isn’t the only one. She is the type of person who inspires confidence and loyalty from those around her and it’s clear why.

Nic is inspirational, fearless, and capable. While there may be things that get her down, she doesn’t let anything keep her down. We look up to her in so many ways and are so grateful to have a character like her on our screens. So it’s no wonder that we want to celebrate her on International Women’s Day! Is Nic also one of your favorite characters? Do you know someone like her or wish you did? Find and follow us on Twitter @capeandcastle to join the conversation! Be sure to check out our site for articles on all things Disney, Marvel, Star Wars, and more!