NCIS: Los Angeles returned after a three-week hiatus and we could not be more thrilled. What made the case even more interesting was a connection to Eric Beale’s kidnapping in a previous episode. In this case, when a software engineer named Michael Carpenter is found dead, NCIS is called. Not only does it have a connection for Beale, but a familiar face comes in the form of Katherine Casillas. Let’s go over the investigation in the episode “Commitment Issues.” 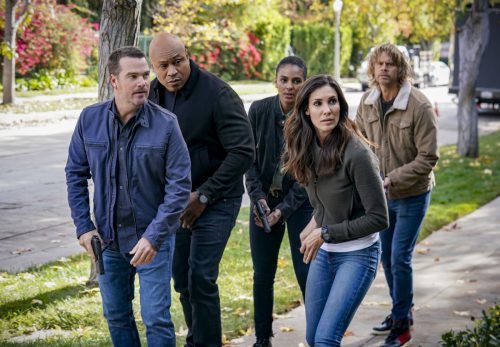 Michael Carpenter is a young man who worked for a company called “Go, Go, Go,” which is run by Miguel Vela. It appears as though the company was creating a search engine for a Chinese shell corporation that was also connected to the tech company Eric worked for. To make matters even more complicated, Katherine Casillas returns in the episode, apparently having been on the Board of Directors for the company.

At first, the team is having a hard time figuring out who is responsible for Michael’s death. Beale is no help, as the news about the connection to his kidnapping leaves him reeling. He focuses on exercising and ignoring his job to escape the thoughts he is having. Eventually, Kensi is able to get through to him in such a ruthless manner that we can see Deeks will be having fun with that side of her later.

When Beale snaps out of his fight or flight stance, he is able to help Nell track down information on what they need, especially after Vela’s company is burglarized. With the hard drives stolen and Vela missing, the team is able to make headway thanks to traffic footage of the kidnappers. It turns out two Saudi nationals have taken Vela in order to use the search engine for their own purposes of spying on their people. 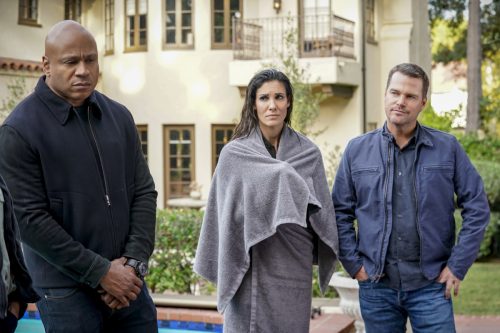 Katherine seems to know quite a bit about what is happening, which does not look good considering her relationship with Sam. After the team rescues Vela and the hard drives, they find out the search engine doesn’t actually work the way the Chinese want it to. Katherine knew this part, showing she may not be the bad guy in all of this. Of course, it does beg the question of how she always seems to be connected with their cases.

Regardless of how things turn out in regards to Katherine, it’s nice to see Sam moving forward after a huge loss. We just hope he doesn’t get burned.

In a side to the episode, Callen asks Nell for help in his search for Anna. He wants her to look into a murder case since he thinks Anna may be involved somehow. He had seen her on surveillance, but Nell is not sure it is her in the video. However, Callen is sure he may be able to find her. While not helping Callen, Nell is also trying to help Eric in addition to working the case. She may know something is up with Eric, but she gives him the space he needs. 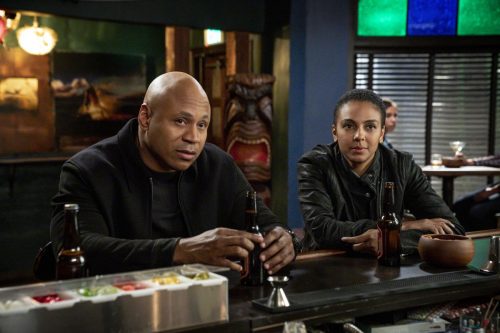 Eric doesn’t seem to have said much to anyone about how his kidnapping affected him. He seemed to bounce back right away when he first returned. However, he is likely just trying to focus and not think about his experience. This case was hard for him to handle. But, once Kensi got through to him, he realized he had a job to do. Eric came through in the end and we hope he can eventually discuss what happened.

This was a fun episode to come back to three weeks later. We’re looking forward to seeing how the rest of the season plays out. Let us know how you liked the episode and find us on Twitter!