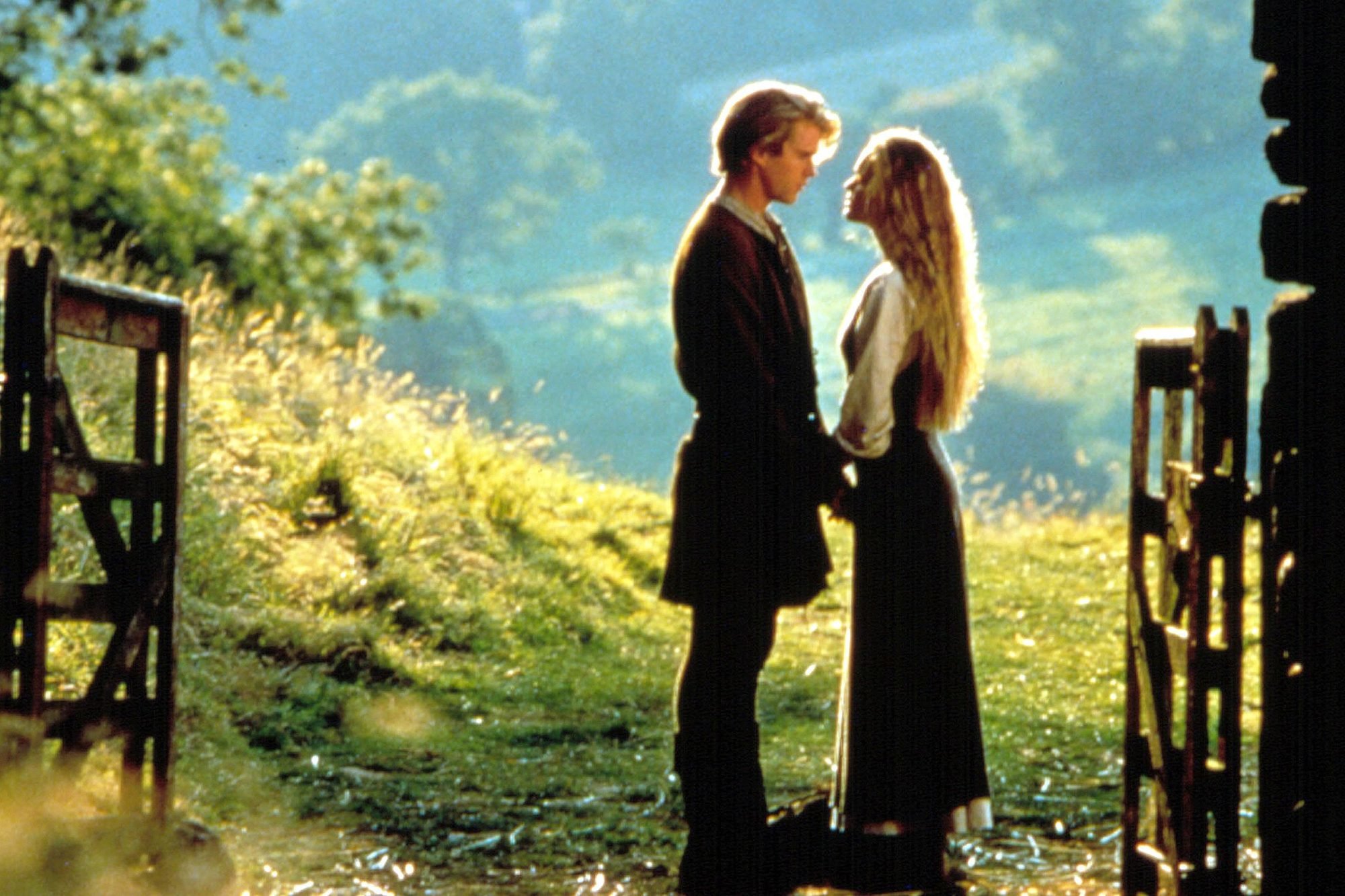 In this Fandom Flashback, we’re looking back at a timeless classic, The Princess Bride! If you’re a living human being in this day and age, you’ve definitely seen this movie. If you haven’t seen it, what in the world are you doing with your life? It’s one of those films that is universally loved by men, women and children – with good reason. This movie has something for everyone and it’s superbly done. Let’s take a look at the reasons why we love it so much.

Peter Falk was the perfect grandfather. I always enjoyed watching the scenes with he and his grandson. I don’t see how Grandpa’s warm, gravelly voice doesn’t make you feel excitement as he begins to read from the book. Of course, we don’t hear him read the entire story, but as a start-off, he does a great job. It’s also nice to see clips of he and his grandson interacting throughout the film.

Westley and Buttercup are relationship goals. As a young girl, I thought it was so romantic how Westley went through so much hell to be reunited with the woman he loved. Of course, I wouldn’t want anyone to experience an ROUS or Prince Humperdinck – that jerk – for me, but it was evident that the strength of Westley’s love for Buttercup never faltered.

I think it’s beautiful how Buttercup had faith that he would come for her, somehow, someway and that she’d sooner stab herself in the heart than be Humperdinck’s bride – talk about intense!

These two would literally go to the ends of the Earth to be together. If that’s not romantic to you, I don’t know what else to say.

You knew I was going to mention them, right? The team-up of legendary comedians Billy Crystal and Carol Kane are comedy magic! Everyone loves them and it’s easy to see why. This cranky old couple never ceases to put a smile on my face whenever I watch their scenes. Their chemistry is great and they provide a healthy dose of humor to the movie that is so superb, it should’ve spawned a spin-off. (I’m still waiting for that, by the way.)

These days, swashbuckling films are in short supply and sword fighting? That’s practically non existent. However, this film delivers loads of it. I’ve seen plenty of sword fighting films, most of them older than me, but none of them made me gleeful like this. The sword fighting in The Princess Bride is epic and very engaging. I wouldn’t be surprised if many kids tried copying the moves at home after watching them.

I’m a big fan of humorous banter, especially when it’s done well. There are so many iconic quotes and hilarious moments between characters that your brain will start memorizing them. I speak from experience! From the Vizzini uttering “Inconceivable,” Fezzik and Inigo rhyming on the boat, to the dialogue between Fezzik, Inigo and Westley on the drawbridge, this movie finds the perfect places to fill with humor and it works beautifully.

This scene always gives me chills. At this point in the movie, Westley is still recovering from his injuries and he’s not in the best shape. Humperdinck comes around and you think things are going to end badly, but not today. In that moment, Westley delivers one of the most amazing, intimidating speeches from a hero to a villain that I’ve ever seen. The way his eyes bore into Humperdinck as he raises his weapon and tells him to drop his sword at the end is worthy of applause.

The Princess Bride is definitely a must-see movie. It’s one of the best pieces of cinema to ever come out of the eighties. If you haven’t seen it, I’d suggest you rent it and invite your friends over too! This movie has a little bit of something for everyone and it’ll have you immensely satisfied by the time the credits roll.

Follow us on Twitter @capeandcastle and tell us why you love The Princess Bride! Don’t forget to check our website for articles and news on everything Disney, Marvel and more!