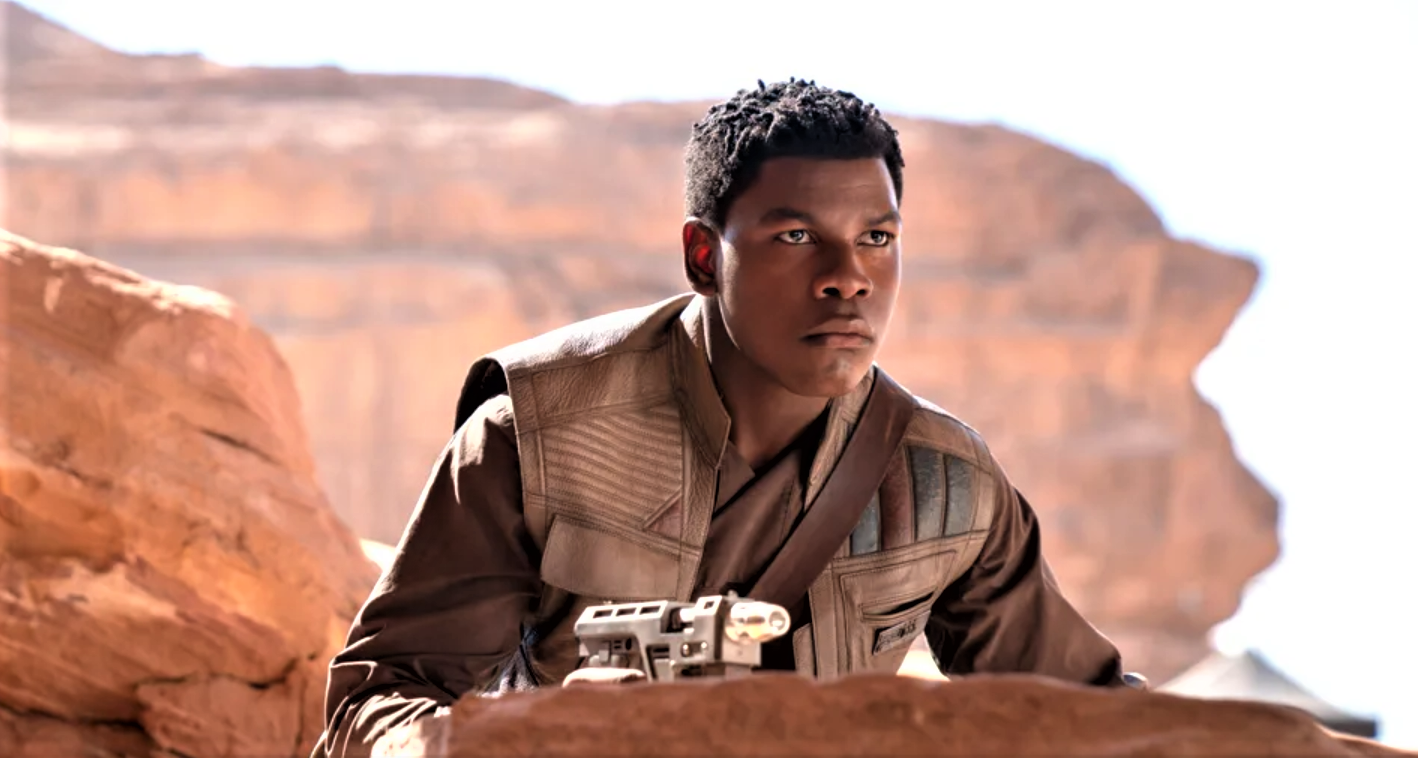 ‘The Rise of Skywalker’ Doesn’t Give Finn An Arc

It’s bizarre to think The Rise of Skywalker released a month ago. We at Cape & Castle have had lots of thoughts about the film, particularly on Rey and Ben Solo, but we haven’t talked nearly enough about another key character—Finn. 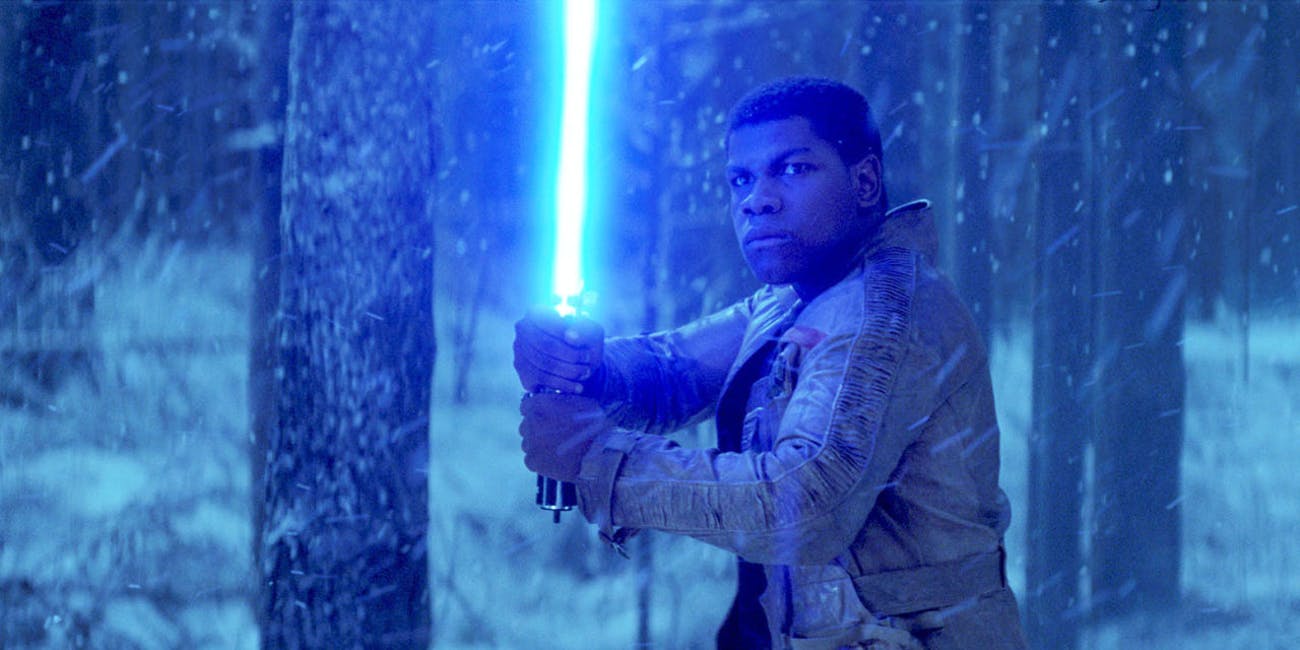 The Stormtrooper-turned Resistance hero has been a highlight of the sequel trilogy. John Boyega’s portrayal of Finn reminded us that we have a choice every day to stand up for freedom and love. The Rise of Skywalker fails to do his character justice by denying him a transformative journey that makes a lasting mark on the Star Wars saga.

Finn started the trilogy with a fundamental flaw. He made an admirable choice to go Error 404 on the First Order, but leaving one side doesn’t necessarily mean you support the other. Instead of deciding where his loyalties lay as war plagued every corner of the galaxy, he thought his only option was to run.

Finn wanted to flee from the scene to go to the Outer Rim with Rey, living a life of fear. Even when he agrees to share information about Starkiller Base with the Resistance, his motives are grounded in finding Rey rather than saving the galaxy.

In The Last Jedi, Finn once again tries to jump ship to find Rey, unable to see past his friendship aspirations. Rey didn’t challenge Finn, and Poe didn’t either, so what did Rian Johnson do? Enter Rose.

Rose guided Finn from his desire to find Rey to his realization that a cause can give you a greater purpose. Finn and Rey have always had a powerful and important relationship, but his arc completely revolves around her in The Rise of Skywalker. Without Rose, Finn regresses to his root problem in The Force Awakens.

The deliberate exclusion of Rose is the most disrespectful decision in the film. The character who delivered the thematic heart of Star Wars was relegated to a credited extra. Kelly Marie Tran deserves an Oscar for the way she handled the press tour despite her character getting the shaft.

Rose made female fans feel included. She was a fangirl who idolized the heroes and got the opportunity to be heroic herself. Her brains and heart demonstrated that strength is not always military rank. A brainwashed Stormtrooper running around a casino with someone whose world was annihilated by the First Order was powerful.

The new characters in The Rise of Skywalker do not advance the story as Rose and Admiral Holdo did in the previous film. General Pryde was Hux 2.0, Zorii Bliss was only there to give Poe an E-ZPass sticker for the Falcon and while Finn and Jannah’s exchange had potential, their dynamic fell flat. 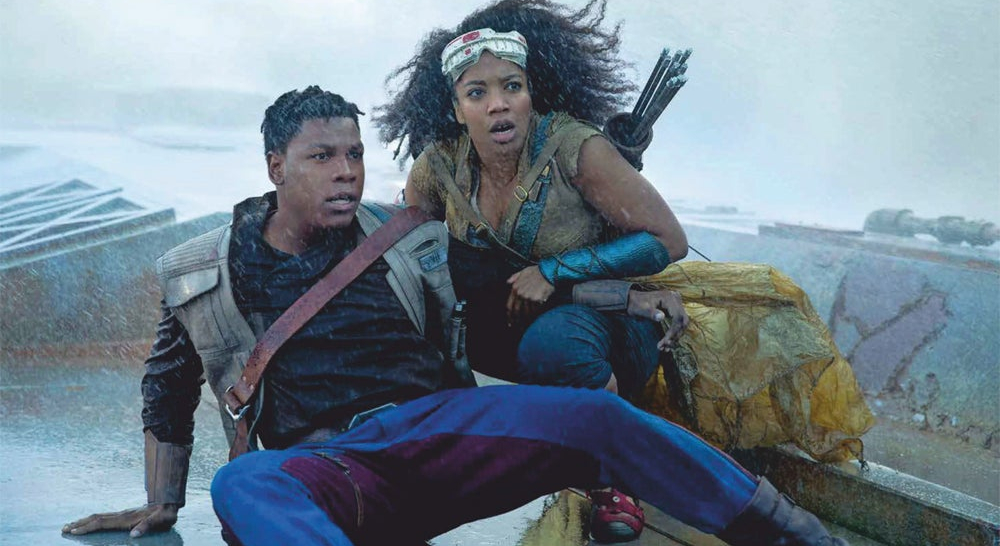 Emotionally connecting with Jannah about their shared past is the only breathing room Finn has in the film to develop apart from Rey. Jannah tells Finn about her squad’s desertion from the First Order, but it would have made more sense if she revealed Finn to be their inspiration.

Surely Finn’s betrayal became the gossip of Stormtrooper lunch breaks. Other soldiers hearing of his heroism shows Finn’s impact on a more galactic scale and parallels Rose’s excitement to meet him in The Last Jedi. The evolution of a Resistance maintenance worker being inspired by Finn’s heroics to individuals on the other side of the war being inspired would have been an epic addition to Finn’s legacy.

The sequel trilogy did something the others didn’t—they presented Stormtroopers as more than faceless enemies. By labeling them as victims of abduction and brainwashing, the bucketheads were humanized in a way that earned the sympathy of the audience. The Rise of Skywalker expects us to forget our compassion for the soldiers and cheer for their downfall in the final battle.

Not only did that feel wrong, but it contradicted the theme of saving what you love instead of fighting what you hate. What if other Stormtroopers wanted to escape but couldn’t? Wouldn’t Finn have been conflicted about killing them? Like Luke learning Vader was his father changed his perspective on killing someone because they are evil, Finn struggling to harm those who never had a choice is an interesting moral conflict worth exploring.

Finn uniting the two sides in a Stormtrooper rebellion would have answered a thematic question Rian Johnson left open for The Rise of Skywalker to answer about breaking the cycle of war and violence. Star Wars has made every effort to tell us that blowing up the bad guys doesn’t ultimately solve the problems in the galaxy. Defeating the evil empire is meaningless because new space-fascists will always rise and take their place.

The film completely ignores DJ’s speech to Finn in The Last Jedi about the war being a machine. Yes, it’s called Star ‘Wars’, but it’s not ultimately about war. It’s about finding our way back to Padme’s belief in war as a failure to listen and to learn from the mistakes of the past. Victory does not mean lasting harmony.

Finn being the bridge between both sides of the fight is an infinitely better arc than screaming Rey’s name and running around with a secret he never ended up sharing. We know now that Finn was trying to tell Rey he was Force-sensitive thanks to John Boyega, but an actor having to clarify a plot point on Twitter is pretty telling that it was executed poorly.

The idea of Force-sensitive Finn is not inherently bad. In fact, I’ve been an advocate for it since The Force Awakens marketing heavily hinted that he would be the sequel trilogy Force user. However, it’s vanilla storytelling to introduce something new for no reason other than it was a cool concept.

Star Wars often uses narrative clues to keep in the back of our minds that foreshadow something to come later on, but Finn’s arc has no payoff. He doesn’t use the Force in a meaningful way that drives the story forward. This dangling character arc didn’t present a challenge for Finn that changed his characterization or fit his overarching arc of the trilogy. When developments are earned like this, the product feels like a checklist of fan service instead of a cohesive, fluent narrative that makes sense for its characters.

What did you think of Finn in The Rise of Skywalker? Find us on Twitter @capeandcastle and let us know!