We were in for quite a ride in this episode! Sure, it wasn’t one of those action-packed episodes where things exploded and guns were blazing. But NCIS: Los Angeles provided us with peak comedy this week. Plus, any episode that has you going, “Wait, it’s over already?” has to be a great episode. Let’s go over what happened in “High Society.” 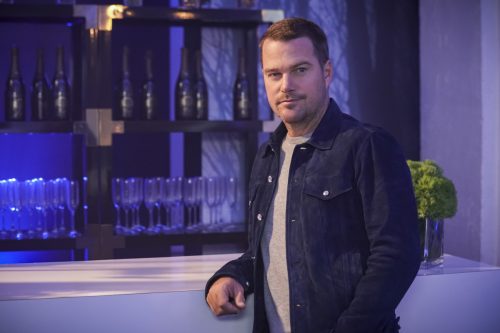 After the team stops a man named Daniel Palmer who had a list of classified information on his person, they are pretty sure the case is closed. All that is left is to verify his cause of death with the coroner, who seems very excitable and wants to be part of the team. Now, he is no Jimmy Palmer or Loretta Wade from the other NCIS franchises, but we have to admit his eagerness is charming. Sam just may like the tight-knit group his team has already.

The case is not as closed as they thought considering Palmer is one of many deaths attributed to a black market opioid. One of their John Does is traced back to a man named Dev Jabbar, who is a venture capitalist. However, he claims to have no knowledge of what is going on and gives the team his lawyer’s card.

Of course, the team is able to find others involved and learn that Jabbar is being targeted by a man named Oscar Suhin, who wants to prevent Jabbar from doing better things for his country. He plans on attacking an event Jabbar has put together. 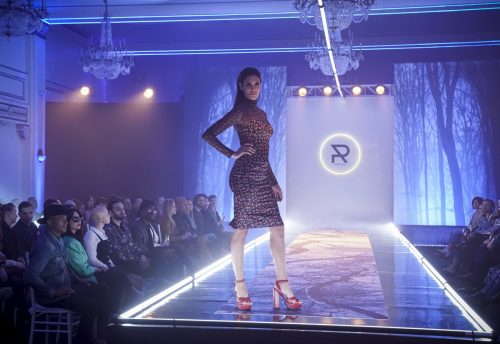 In order to go undercover, they obtain the assistance of Sam’s friend Katherine Casillas, ahem, the insurance agent. Is it just us, or was their chemistry more palpable in the couple of scenes they had together than ever before?

Even donning a cat mask, how many jokes did we miss Deeks make, he was able to use his position as a DJ in order to help the rest of the team figure out where the men were. Having taken down the bad guys, the team goes their separate ways. While Katherine and Sam continue to flirt, Kensi and Deeks head to the bar. 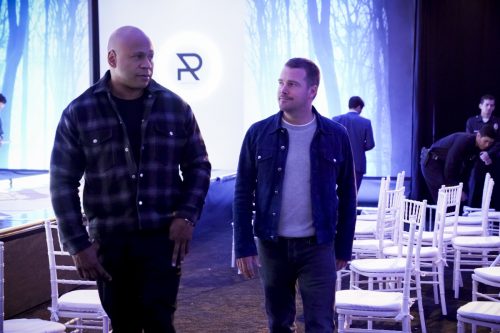 We got to see Mama Deeks return in this episode and she seems to be going through it. She has been pushing herself in regards to working out and dating. A conversation with her son and daughter-in-law reveals that as she is getting older, she realizes that she does not have as much time as she once did. But Kensi reassures her she has plenty of things to look forward to. Of course, we know they are trying to get pregnant, so maybe being a grandmother is just what she needs.

There was also a plot with Eric being worried about a missing mountain lion they had been tracking after being involved with a case. But Nell is able to see through his façade. She knows that there is more to Eric’s concern about a missing wild animal. It turns out that while he has been working on dealing with bad news, the unknown is scary for him. But she wants to help him overcome that. She knows this is just a new experience just like their arrangement is different. Does this mean they will figure out their own path as well?

As for Callen, well, he is still searching for Ana Kolchek. He may have discovered her location as evidence by security footage he finds. What will he do now with this information? 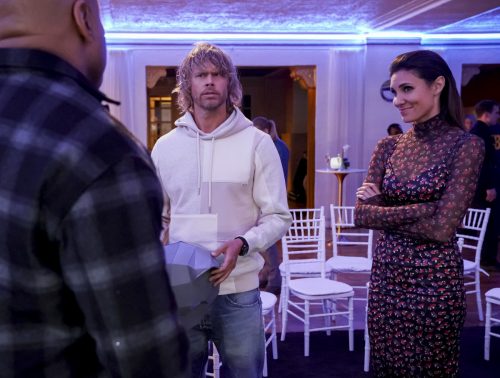 This episode went by so quickly that it felt like the case was actually a side portion of the episode. Each of the characters had their own arc going on, even if it may have just been a small hint or something bigger. Callen and Deeks discussing Ana, Kensi still having moments of emotion pop out, and Eric being worried about the unknown. It was actually really refreshing to watch the episode and not feel like everything was taking so long to complete. It was exciting to watch and see them interact in new dynamics, even if they’ve done this before. They always find a way to make it fun and exciting.

It will be a while before the next episode airs, but until next time, we’re just left to ponder the lives of our favorite team. At this rate, it’s likely Kensi and Deeks are either unknowingly going to become parents or we will get a pregnancy reveal closer to the end of the season. Will there be romance for Sam? Is he ready to date? And just what will happen with Callen and his search for Ana?

Follow us @capeandcastle and join the conversation about NCISLA. Do you have any predictions for the characters as the season continues?