NCIS: Los Angeles returned from the winter hiatus with the return of CIA Officer Veronica Stephens, who has worked with the team in the past. She is called in via Hetty when a Department of Agriculture employee disappears soon after arriving in the United States. Let’s take a look at what happened in “Groundwork.” 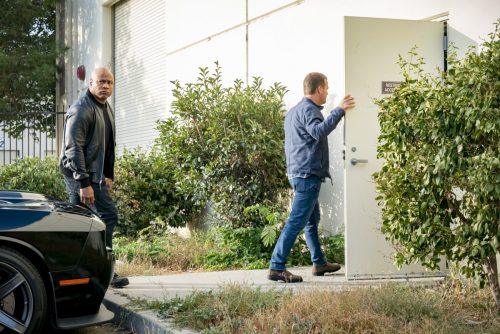 When Dr. Joseph Olonga goes missing and Stephens is almost kidnapped, the team realizes something is going on. However, it is hard to get a straight answer from Stephens about what is going on. Once it is determined that a colleague of Olonga’s that Stephens knows, Peter Sanders, has been killed by the people responsible for Olonga’s disappearance, she finally works with the team.

It turns out that the kidnappers wanted farming machinery that Olonga and Sanders were bringing to the United States. Once they find out where Olonga is being held, the team manages to rescue him and secure the equipment that had been stolen.

While this episode wasn’t heavy on the action, we did get to see the return of a former character in Veronica Stephens, played by Dina Meyer. Her interactions with Callen and Sam start off cold, but by the end, she is willing to work with them to not only to save someone’s life but make sure she doesn’t end up a victim as well. There is a chance we may see her again, especially if Hetty sent her to the team to see how she works with them. 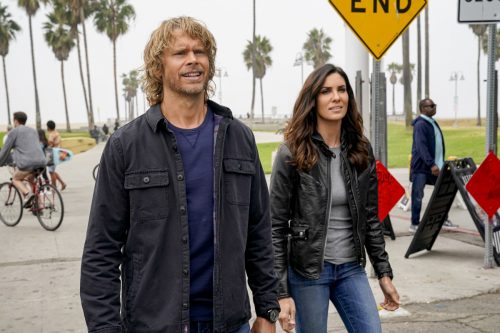 There were some parts about this episode that gave us pause. It’s clear Nell is still distrusting towards Hetty and she is not afraid to voice her feelings about being kept in the dark on a case. Sam himself even makes a remark about not being unaware of what was going on in a case if Callen were in charge. However, it does turn out that Hetty had left for Greece to spread Ahkos’ ashes. If you remember, Ahkos was one of Hetty’s recruits who ended up turning against her. But when he died, she was there to take care of him.

Is Nell still right not to trust Hetty? We know Hetty has her own way of doing things and maybe she thought she would be available until she wasn’t. Either way, it’s clear the plot regarding Nell’s feelings is not over.

And can we talk about Kensi for a moment? She seemed different in this episode as well. Of course, it’s never easy to see a dismembered body or to watch someone get run over by a vehicle. But Kensi has always been able to hold her emotions close. She can go about her job without letting those aspects of it get to her. But she seemed noticeably sensitive to the events happening around her. Could this be the result of her planning to soon be a mother and her hormones are all over the place?

Many fans suspect she could be pregnant. Although we’re not sure since she still enjoyed a beer at the end of the episode. Of course, she may not know it yet. Either way, if this becomes a pattern in future episodes, maybe we will see a Densi baby in the future. 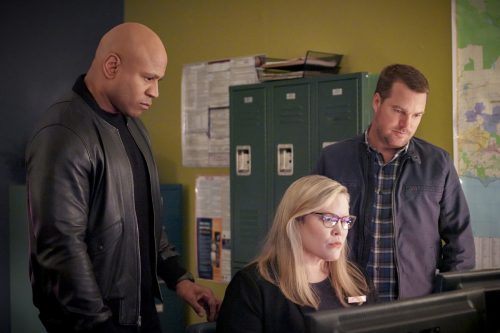 While not the most exciting episode, it was a good reminder of where we left off. There is still some awkwardness between Nell and Eric, who has a funny moment of his own with Deeks. Sam is still asking about Callen taking over. So it gave us a reminder of what has been mentioned and may be touched on further.

We’re looking forward to seeing what comes next for the team. In addition to that, but what role Hetty plays with possible changes in the team dynamics. This could be a shift if, in fact, Kensi and Deeks are soon to become parents.

How did you like this episode? Do you think something is going on with Kensi or could it have just been an off day for her? Let us know in the comments below what you thought of “Groundwork.” Find us on social media @capeandcastle for more content.