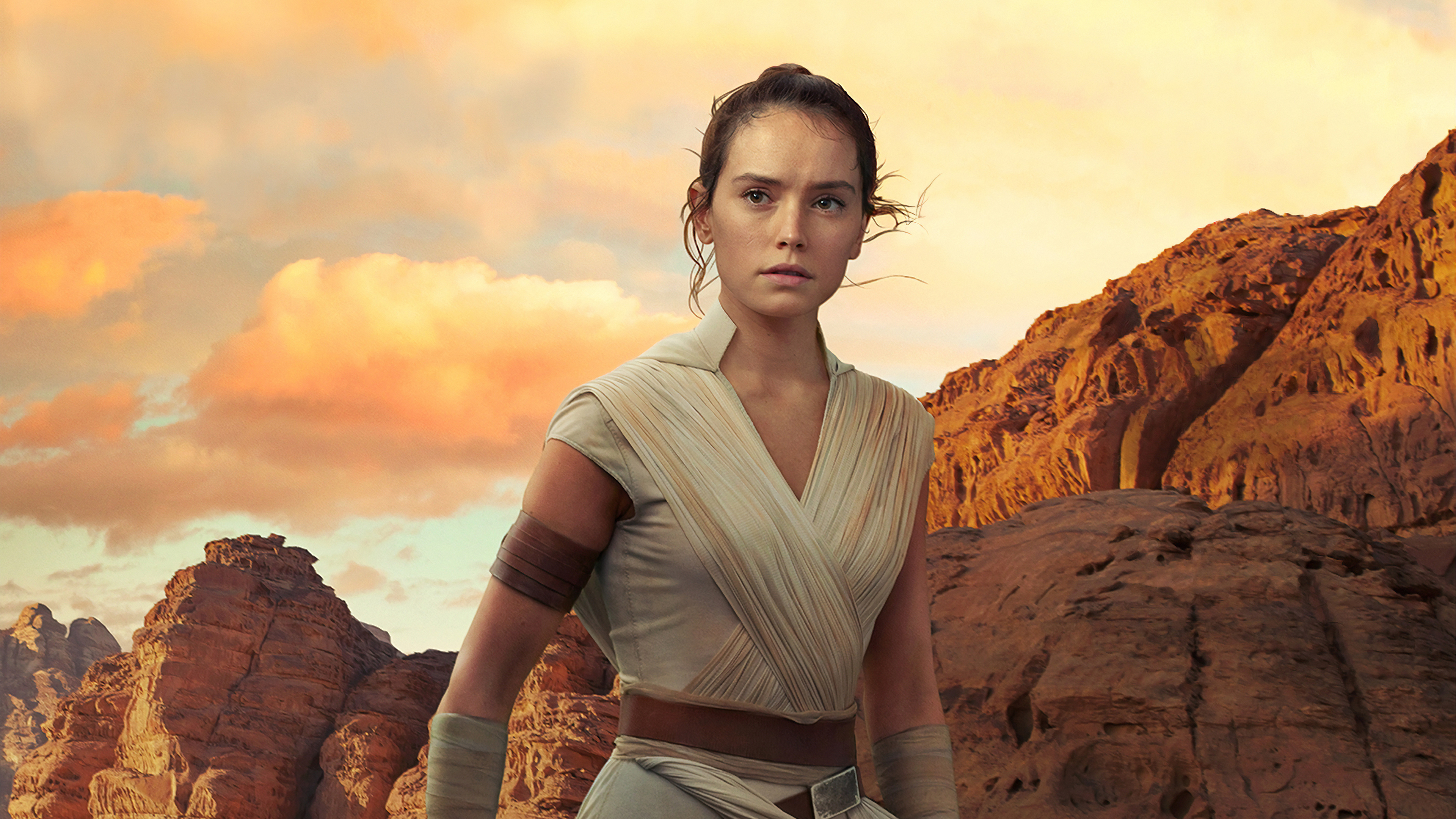 ‘Star Wars: The Rise of Skywalker’ Is An Injustice To Rey

Warning: Are you sure these are the spoilers you’re looking for?

The recent shift in the film industry’s approach to storytelling is concerning. Writers care more about ensuring the audience cannot predict what will happen rather than telling a good narrative—and Star Wars is no exception.

The Rise of Skywalker destroys the mythological and thematic beauty of the epic space-opera. Shock value and blind devotion to the past haunt the film, aiming to serve the audience but not its characters. It’s almost like we shouldn’t rely on a commercialized product telling fictitious tales designed to sell merchandise to give us the artistic satisfaction we crave.

J.J. Abrams is not a bad director, but his creative process is handicapped by his apprehension that the audience will dislike the product. Remember when Yoda said fear is the path to the dark side? Well, it turns out it’s also the path to making a spineless film. The Rise of Skywalker’s most unforgivable crime is its handling of the main character—Rey.

Rey’s character arc is the most damaged in The Rise of Skywalker. One of the film’s first offenses is retconning Rey’s parentage. By reducing Rey to the patriarchal bloodline of the Emperor, the film twists her heroine journey, strips her of her individuality and kills themes established in previous films.

Both Rey ‘Nobody’ and Rey Palpatine work thematically on their own, but switching from one to the other causes more problems than it solves. If Palpatine was puppeteering Snoke, how was he oblivious to Kylo Ren and Rey’s dyad? Why did he manipulate Kylo from birth instead of his grandchild? Also, it makes no sense for Palps to be hung up on Darth Vader and Luke in the original trilogy if he had a biological kid he could use as an heir.

Not only does Rey Palpatine create plot holes big enough to bury the Death Star in, but it’s bad storytelling. This plagiarized take on ‘I am your Father’ does not carry the same effect because it’s too easy for her to hear.

The discovery that Rey has to forge her own destiny is challenging for her character in The Last Jedi. With the help of Kylo Ren, the orphaned Rey finally accepts the truth that she had been denying her whole life. Her parents sold her off for a quick fix, bolted from the scene and she was a nobody. That was clearly intended to be the final answer, and it should have stayed that way, but Lucasfilm lost faith in their main character.

Rey’s journey of overcoming her childhood abandonment to become self-made allowed many people to identify with her. The Last Jedi threw the refreshing curveball that you do not have to be tied to a legacy lineage to save the galaxy. We were given a heroine of no significant background who had to deal with her internalized trauma and inner shadow. Rey rejected the savior role for almost two movies, passing it as a baton to Han Solo and then to Luke Skywalker and Kylo Ren. After every last option ran out for Rey, she was forced to reinvent what it meant to be a Jedi.

The Rise of Skywalker takes Rey away from us and gives to her to the online irritants who complained about her being a Mary Sue. The same scavenger girl who the legacy lightsaber called to had to become ‘worthy’ of it two movies later. The Force literally created Anakin, so why was a random scavenger having power an unacceptable reach?

What bothers me the most is not that Rey’s strength is attributed to genetics but that her darkness is as well. The Rise of Skywalker barely scratches the surface of exploring Rey’s relationship with the dark side. Instead of allowing Rey to digest her mistakes, the film saves time by using Palpatine to justify them.

Rey not having to own her impulsive behavior, dehumanizes her character. To be human is to err. It’s not just to be good, but to confront our feelings of darkness and despair that can feed our desire for vengeance.

Accepting our vulnerability and room for growth is the first step of human resilience. The importance of these stories is to encourage others that they, too, can climb out of darkness in times of crisis. Seeing ourselves in only the heroes who do no wrong is a failure to take an honest look inward.

But Rey’s parentage is not the only retcon—a major theme introduced in The Last Jedi is rewound as well. The journey of the sequel trilogy characters, especially Rey and Kylo Ren, is a metaphor for the transition from adolescence to adulthood. While Kylo must grow past the stage of rebellion against parents, Rey must confront her inner demons by overcoming her trauma and embracing her dark side.

Instead, Rey symbolically regresses to her child-like state from The Force Awakens. Her hair is back up in tight buns—the hairstyle she wore as a child—after being half down in The Last Jedi. She is dressed in pure white like a goddess, denying her dark side that she was naive to before.

It’s why Luke transitioned from wearing all-white to showing up in Jabba’s palace two movies later rocking a black Gucci outfit with matching Chanel boots. Rey’s visual appearance should have mirrored this natural progression out of the naivety of childhood by having a fully down hairstyle and darker outfit.

The visual symbolism was never as important as the progression in actual Rey’s arc, but unfortunately, it’s not there either. The most important battle to consider when writing a character’s arc is what do they want versus what do they really need. The Rise of Skywalker satisfies neither of these for Rey.

The movie takes the easy way out, ignoring the exploration of its characters for the sake of nostalgia and shock value. Rey wants to belong and needs her own worth, but both of these necessary developments are trashed in the final minutes as Kylo Ren dies, and she becomes a vessel for both the Palpatine and Skywalker families.

She takes the Skywalker name, but it doesn’t solve her underlying problem. All of the Skywalkers are dead. Tatooine was not a happy chapter in the Skywalker story, nor did it bear any emotional significance for Rey.

It is a place of enslavement. It’s where a junk trader owned Anakin and his mother. It’s where Luke felt trapped for years yearning adventure and wondering if there was more to his story. He even says, ‘if there’s a bright center to the universe, you’re on the planet that it’s farthest from’ about Tatooine. Nostalgia that fails to complement a character’s arc is shallow writing.

Carrying on the Skywalker legacy or not, isolating Rey on Tatooine is breathtakingly cruel. The Force Awakens made every effort to tell us Rey was lonely. Maz Kanata did not tell Rey ‘the belonging you seek is not behind you, it is ahead’ for her to end up like she started on Jakku. What was the point of Rey marveling the greenery on Takodana for her to end up alone on a lifeless, desert planet again?

The film splinters the trust between the teller and the audience by showing narrative clues that foreshadow the opposite of what happened. The festival on Pasanna teased Rey wanting her own family. She stares longingly at children, is given an ancestor/fertility necklace while being asked who her family is and then immediately sees Kylo in a Force bond. This sequence is intentional.

Rey’s status quo needed to change for her arc to be complete. She already had Leia, Finn, Poe and the Resistance. If this were belonging that she truly sought, The Last Jedi would be the end of Rey’s story. 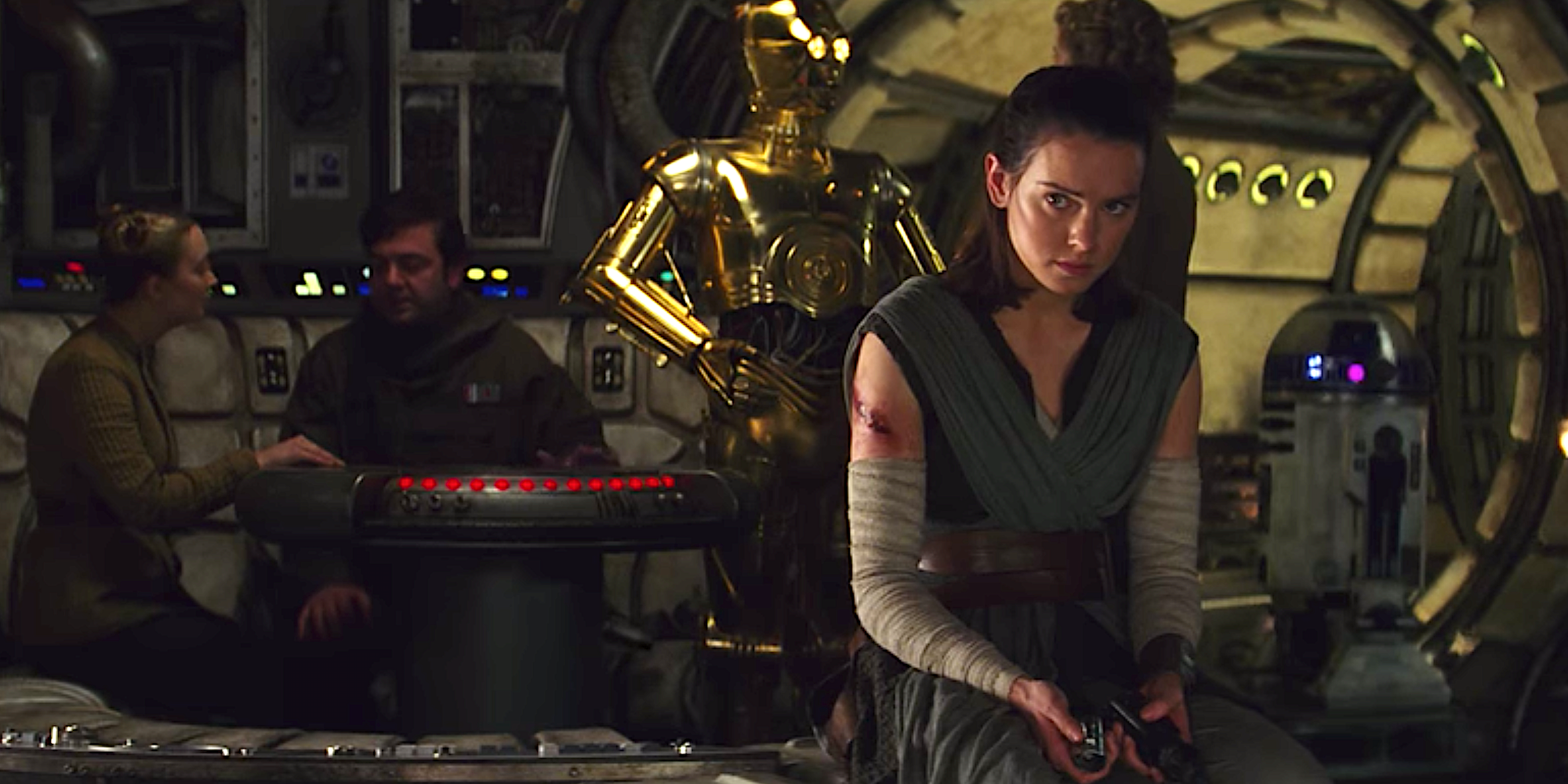 No one in the Resistance understood Rey. Her final scene in The Last Jedi is a telling visual metaphor for her loneliness. She just saved a military force from extinction yet sits in solitude in the heart of the Millennium Falcon with only a broken lightsaber to accompany her. No one understood her struggle with leaving her traumatic childhood in the past and growing into a woman no longer defined by her parents—except Kylo Ren.

With the blood of a Galactic Senator, a princess, a Jedi Master, and a scoundrel-turned war hero in his veins, Kylo had high expectations to live up to. If the pressure of a rich lineage wasn’t enough, Kylo also felt abandoned by his mother and father, who were far too busy rebuilding the Republic and smuggling to understand his tormented soul. Fighting Palpatine’s manipulation on his own, Kylo lasted 23 years before an assassination attempt by his uncle caused brokenness so profound that he turned to the dark side.

The pain of abandonment had left both of them empty, but Kylo and Rey reconciled their past with each other’s help. Rey showed compassion and belief in Kylo’s light despite his mistakes. Kylo tenderly listened to Rey without interruption as she voiced her fears. Kylo and Rey were the other half of each other, sharing one soul. Ben Solo was the completion of Rey’s arc. 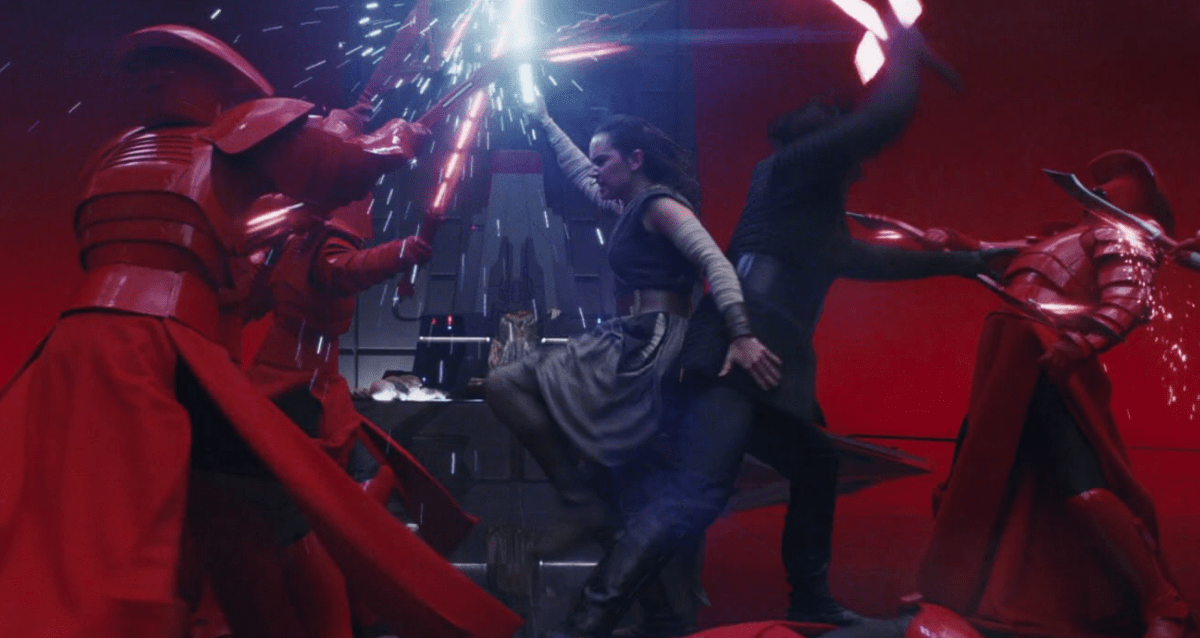 If her exile on Jakku taught her anything, it was to wait. Rey’s compassion was her true strength, but she would not settle for Kylo Ren. She put her romantic aspirations on hold to wait for the identity of Kylo Ren to die and Ben Solo to be reborn.

With his death, Rey’s morally correct decision to refuse Kylo Ren’s hand has no payoff. Instead of love being strong enough to save others—the thematic heart of Lucas’ Star Wars—the moral of the story is if Rey would have joined the dark side, both she and Ben would have lived.

A sensical conclusion was traded for something familiar, throwing away a chance to deliver something emotionally resonant. The Rise of Skywalker takes the most powerful female character in Star Wars and molds her into an emotionless Luke Skywalker replica, not allowed to mourn the loss of her soulmate.

This movie is a tragedy for Rey. She’s the hero, but she loses everything she desperately wants, just when she has it in her grasp. Nothing is desirable about an ending that fails to give the female protagonist the one thing she wanted all along. Of course, not every female arc needs to feature love and belonging, but it was the most fulfilling ending for Rey.

I could forgive everything in this movie if it wasn’t for this. The botching of Rey’s happily ever after. I could forgive Rey Palpatine. I could forgive the horrid screenplay. Turning Adam Driver into an exposition bot. All of it. If they gave Rey the ending she deserved and delivered unique storytelling. But at least she can pick up some power converters for Force ghost Luke, I guess.