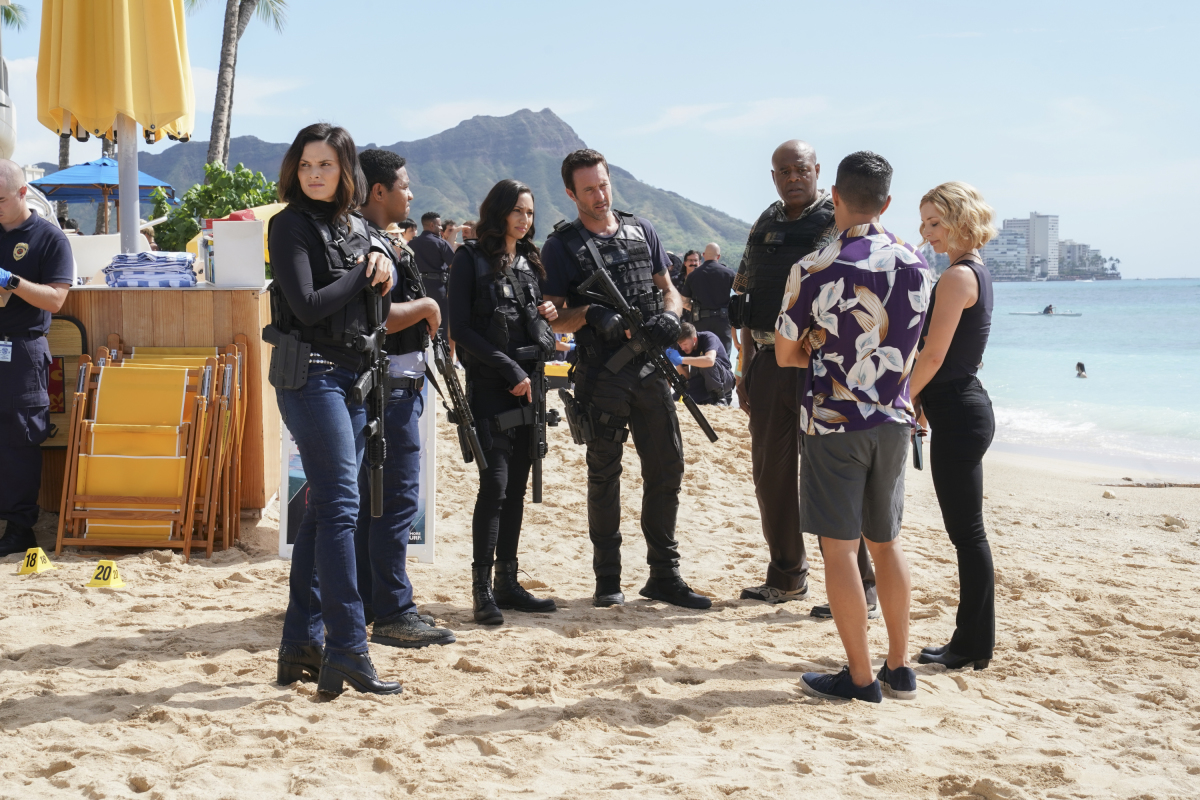 Finally, though, it was a crossover that felt organic and unforced, unlike Five-0’s lamentable crossover with MacGyver in 2017. (Just because you share the same universe, doesn’t mean you have to cross over.) The #H50xMagnum crossover, on the other hand, was explosively good. 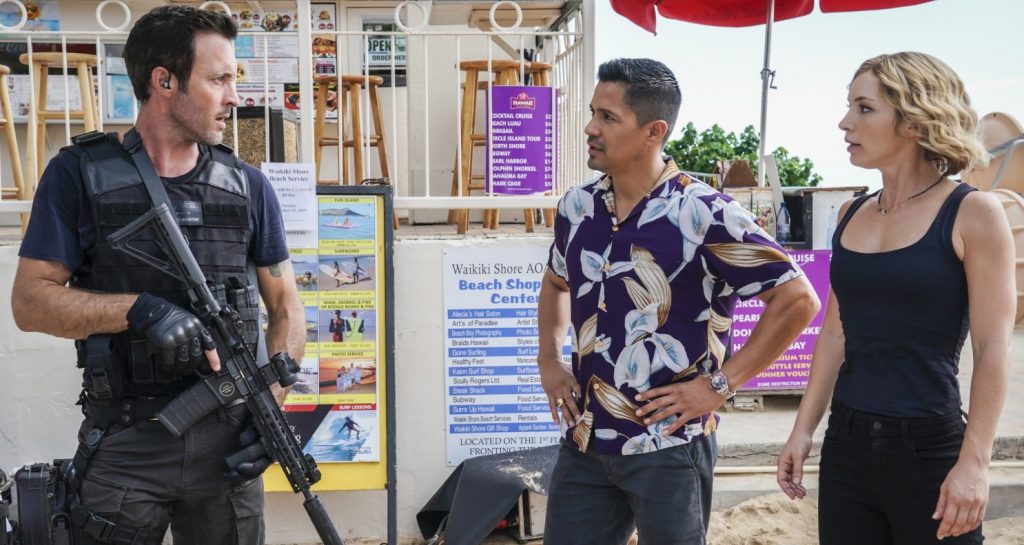 Given that both shows film on the Aloha State, it was only natural that this crossover come to pass. And unlike Five-0’s crossovers in the past (including their less than handfuls with NCIS: Los Angeles), everyone got involved this time. Well, everyone except for Danny (Scott Caan). Really, though — of all of the episodes, Scott Caan had to be off? Who else would’ve loved for Danny and Magnum (Jay Hernandez, Scandal and Toy Story 4) to have met and talk shit about McGarrett (Alex O’Loughlin)? There’s always a next time, I guess. Or, at least, they’re better be.

But McGarrett and Magnum made up for the long-lost carguments. And the bickering. What are we calling them? McMagnum?

Rick (Zachary Knighton) and TC (Stephen Hill) fanboying over McGarrett was a thigh-slapper. As was McGarrett and Grover (Chi McBride, Disney’s The Kid and Ultimate Avengers 2) geeking out over Magnum’s Ferrari. Another hoot was had when Magnum felt left out because McGarrett, Higgins and Quinn (Katrina Law) all knew how to understand Mandarin.

The Higgins (Perdita Weeks)-Tani (Meaghan Rath) pairing? Loved. Especially when Higgins encouraged Tani to (finally) go for it with Junior (Beulah Koale). And when Tani basically confirmed the foreshadowing of a romance between Higgy and Magnum. Oh, yeah, antis. It’s totally happening. Get over it. 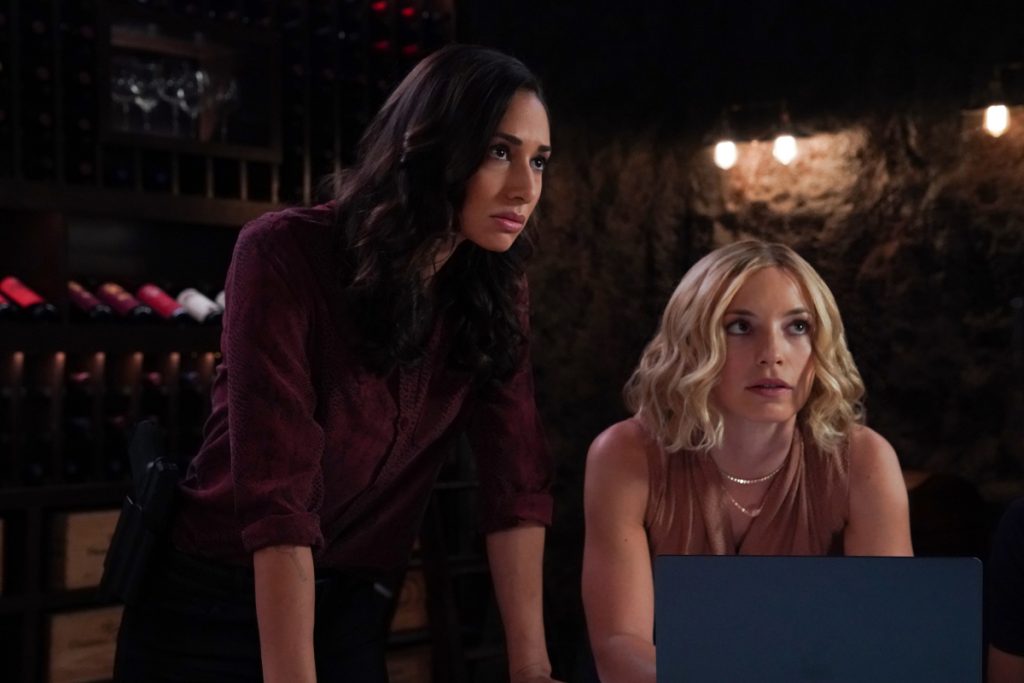 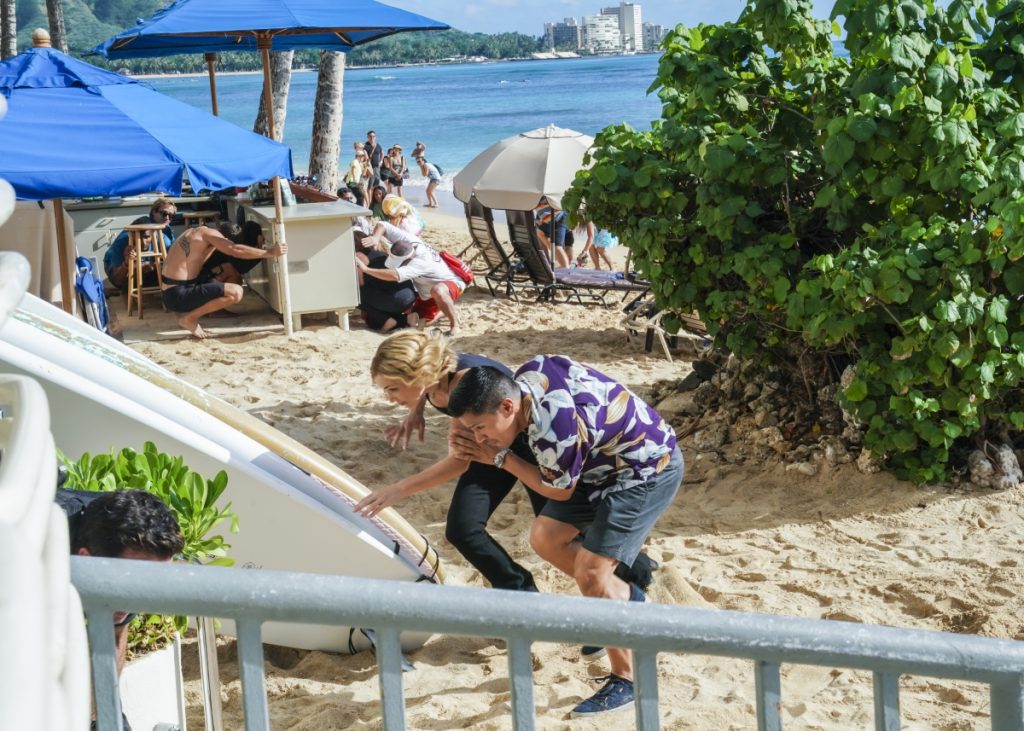 Of course, it’s not Five-0 or Magnum if the episode isn’t action-packed and twisty. Both episodes were full of action (Grover, Tani and Quinn almost died if it weren’t for the CIA interfering and breaching the home that they were just about to ram into) and twists — one, I should’ve known better and I should’ve suspected Magnum and Higgins’ client; two, instead of burying the SD card in the middle of fucking nowhere and within a big ass radius, McGarrett passes it off to Kamekona (I especially loved when Tani threatened to burn down Kammy’s truck if he didn’t give the NOC list to Rick and TC and then texting him immediately after to apologize); three, who would’ve thought that Eddie (McGarrett’s oh-so-adorable canine) would warm up to Magnum instead of Higgins?! I was dying.

And to end the most epic crossover of crossovers, Reirey is finally canon (Tani finally finding Junior had me flailing and squealing), Miggins (what is their ship name, exactly? “Miggins” is horrendous) are eye fucking and, I never thought I needed this, but Rick and Quinn are totally going to go out for dinner. Can we please see this on-screen? Please? 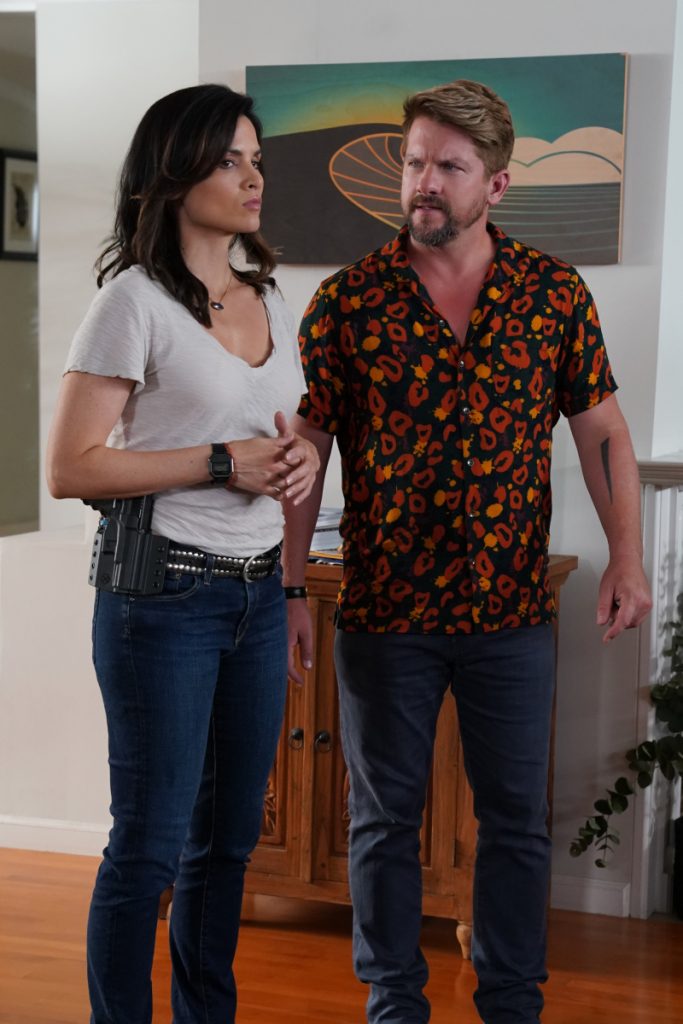 Also, one more about Reirey: was anyone else’s feels all over the place during Magnum’s hour when Tani was stressing the fuck out the entire time? Because mine was, and I was all for it. I’ve shipped Tani and Junior from the beginning, especially after Danny had that dream where Reirey got married, and from there, it has been smooth sailing — slow, but smooth — and I’m nothing but ready for TV’s next Densi (see: Deeks and Kensi).

The transition between shows was smooth and seamless, the two-team dynamic was as ‘ono as loco moco and the dialogue was witty and fun as hell. Needless to say, I want more. I need more. Can we have more? Better yet, can we just combine both shows into one two-hour every week? They’re practically one ‘ohana already, after all. 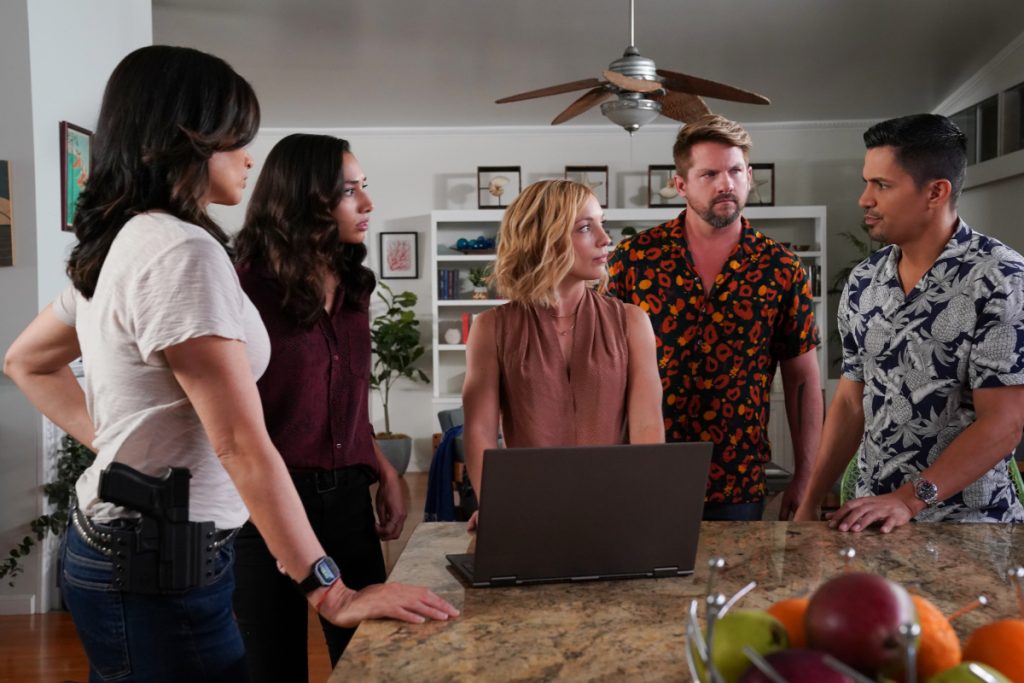 If you didn’t watch the crossover (how dare you), click here for Hawaii Five-0 Season 10 Episode 12, “Ihea ‘oe i ka wa a ka ua e loku ana? (Where were you when the rain was pouring?),” and here for Magnum P.I. Season 2 Episode 12, “Desperate Measures.” Let us know what you thought about the crossover below or on Twitter at @capeandcastle, and check back at capeandcastle.com for more Hawaii Five-0 and Magnum P.I.!