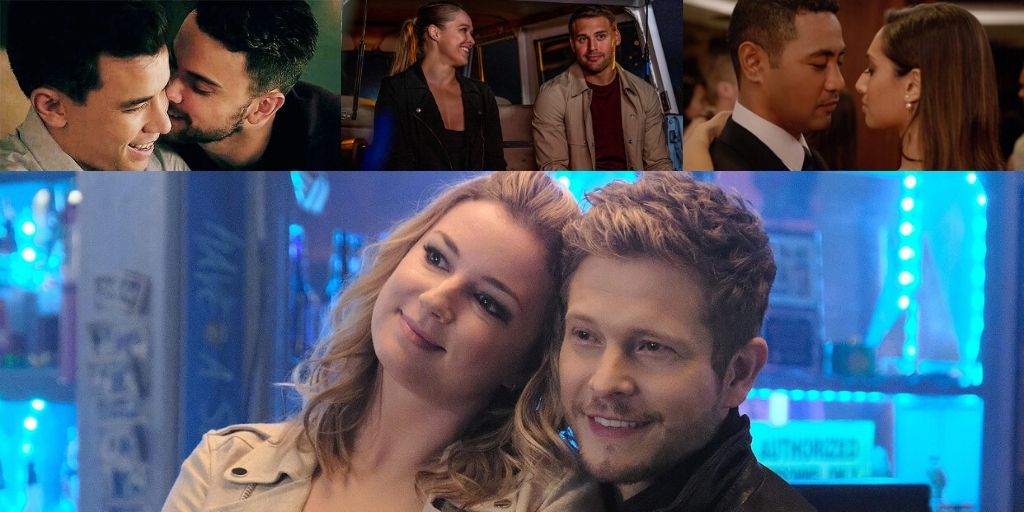 Are you a shipper? Looking for some new and current ships or potential ships to jump on board for? Well, then this may be the article for you. Since there are so many, this article is going to focus only on TV ships that are current and can still be boarded. But don’t worry, another article for movie ships will be coming your way soon! We also are only dealing with Disney, Marvel, Star Wars, Disney alums, and related properties.

ABC is full of amazing shows and that means it’s also a network full of ships! One that hasn’t happened yet, but we’re completely on board with is the one between Tim and Lucy on The Rookie. If you don’t believe us, watch their development from season one until now! Then you’ll also get to see the sparks fly between Jackson and Sterling. The show also features very real struggles in relationships, especially when two people move in together like Angela and Wesley. The show returns in February and we’re ready! 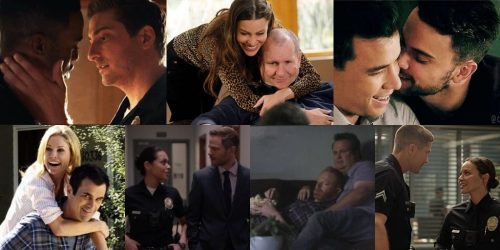 If you’re looking for more of a ‘sure-thing’ relationship, ABC has you covered there as well. From couples like Cam and Mitch, Claire and Phil, and Jay and Gloria of Modern Family to Connor and Oliver of How to Get Away with Murder, you’re sure to find at least a couple of ships to lose your heart over and get a nonstop case of the feels. They’re established, adorable, steady, and definitely relationship goals. Our hearts are all aflutter just thinking about them. So if you haven’t watched these shows or have fallen behind, the new year is the perfect time to get caught up!

But there is another category of ships that ABC has to offer and that’s the ones that are going through a bit of a rough patch. Or have a bit of a tumultuous relationship. Though the plus side, if you’re a fan of it, is that they tend to be angst heavy. We’ve got Dex and Miles from Stumptown, who seem to take two steps forward and at least one step back per episode. Then we have Will and Angie from Single Parents. They’re still on the slow burn but definitely headed somewhere. As are Douglas and Poppy, who are taking the next steps in their relationship. Finally, there is Andy and Ryan of Station 19 who are the definition of hot and cold but we know they’ll figure it out!

FOX is definitely a network that knows how to reel us in and keep us hooked with their relationships. They do it with The Resident by keeping us coming back with steady Conrad and Nic, and the anticipation of Mina and AJ. We also can’t wait to see where Devon will go, if anywhere, with his love life. Then there’s Doctor Bell who while we used to hate, now find ourselves actually rooting for. We also hope he finds someone who brings out that good side we now know he has. 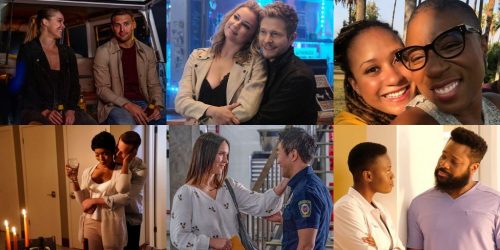 They certainly do it with 9-1-1 and their many ships. Between the cuteness that is the relationship between Maddie and Chim and the badass couple that is Bobby and Athena, we’ve got a lot to root for. But we also get to learn so much about family from the relationships on this show, especially from Hen and Karen. They’ve had their fair share of ups and downs, sure. But they always figure it out and come out stronger than ever. Our hearts have been broken by what Eddie has been through and we just want to see him find love again. Maybe even with newcomer Lena. Our fingers are crossed with that one. We’re also hoping for Buck to figure things out and find some real love that won’t leave him along the way.

Disney Alums and Their Love

We absolutely love seeing Disney alums back on our screens and we love watching them find love in new series just as much. When it comes to Carol’s Second Act, we’re waiting for things between Dan and Jenny to heat up. Having Disney alums Ashley Tisdale and Jean-Luc Bilodeau back on our screens is amazing. But it’s even better that they’re together and magical that their characters have something happening. They’ve already made it clear there is an attraction between them, and we’re loving it.

We’re definitely obsessed with Disney alum, Jay Hernandez. But we absolutely love Magnum P.I. So, naturally, we have a ship or two we’re also here for. That ship would be the one between Magnum and Higgins. Sure, they haven’t gotten to official ship status yet, but we have no doubt they will. Maybe even sooner than we think! Along with Magnum, we have to talk about Hawaii Five-O. Disney alum Chi McBride’s character Lou has an amazing relationship with his wife. They are relationship goals. But we’re also definitely here for Tani and Junior. We have faith that the two of them will get together soon! 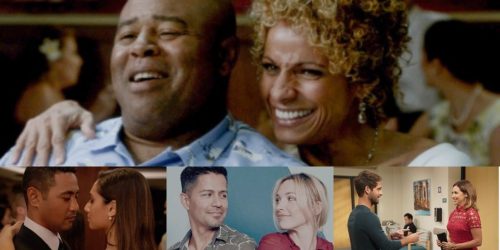 Which of our picks are you going to get caught up with or start binging? If you’ve already got them crossed off your list, what are you waiting for? Find and follow us on Twitter to join the discussion! Be sure to also check out our site for more articles on all things Disney, Marvel, Star Wars, and more!