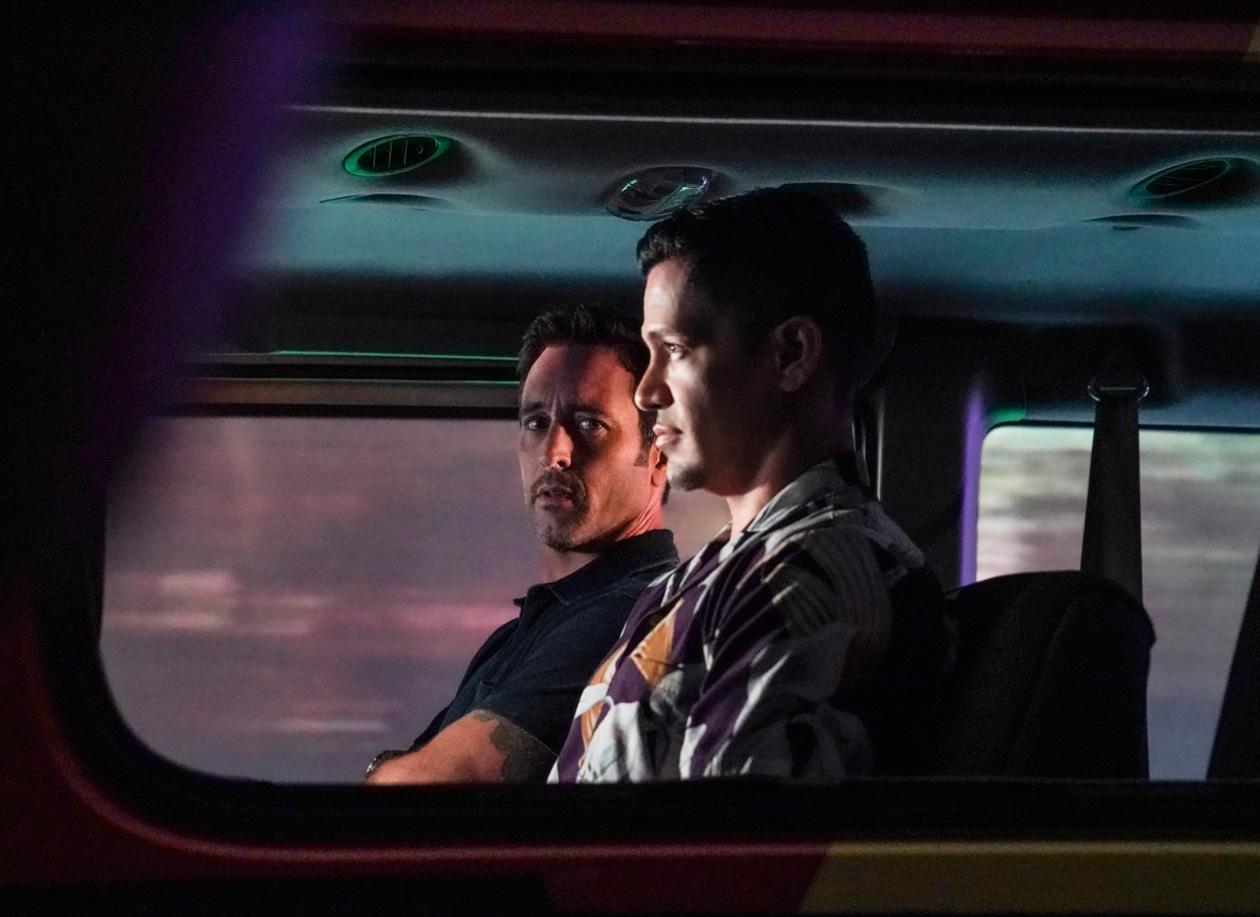 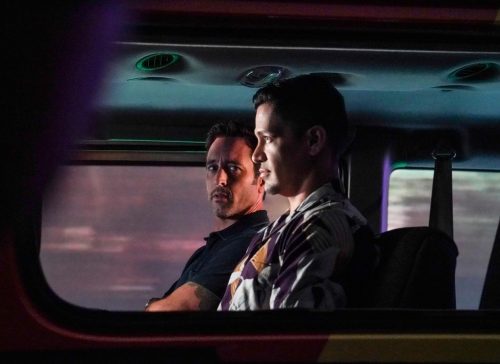 The Five-0 team is on the hunt for the wife of the late Wo Fat (Mark Dacascos) who, to refresh your memory, was McGarrett’s (Alex O’Loughlin) first and longtime archenemy — with the help of Magnum (Jay Hernandez, Scandal and Toy Story 4) and Higgins (Perdita Weeks).

As we first reported, the crossover finds Five-0 tracking down an associate of Mrs. Wo Fat, Daiyu Mei (Eugenia Yuan), at an O’ahu hotel, unaware that Magnum and Higgins are surveilling the same hotel.

Alongside Rick and TC (played by Zachary Knighton and Stephen Hill, respectively), Magnum and Higgins will appear on Five-0 (airing at 8:00/7:00c), after which Five-0’s Tani, Junior and Quinn (Katrina Law) will continue onto Magnum P.I. at 9:00 pm. 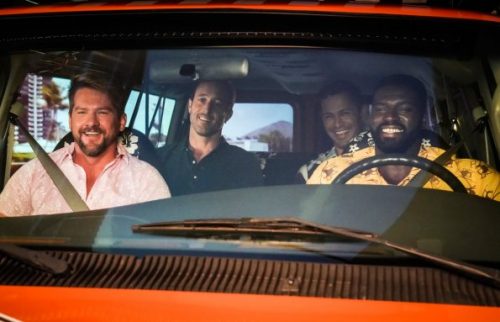 “It’s a big-stakes story that really feels like a two-hour movie,” says Lenkov. 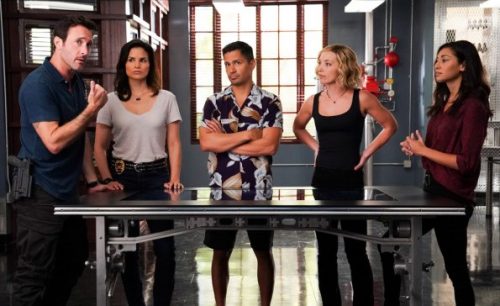 Here is the official press release for 12th episode of the 10th season of Hawaii Five-0:

(“Ihea ‘oe i ka wa a ka ua e loku ana?” is Hawaiian for “Where were you when the rain was pouring?”)

As well as for the 12th episode of the sophomore season of Magnum P.I.:

MAGNUM P.I.: “Desperate Measures” – When Junior (Beulah Koale) is kidnapped as leverage to retrieve the stolen list of undercover CIA agents, and most of Five-0 is rounded up by the CIA to prevent them from interfering, Tani (Meaghan Rath) and Quinn (Katrina Law) ask Magnum and Higgins for their help, on MAGNUM P.I., Friday, Jan. 3 (9:00-10:00 PM, ET/PT) on the CBS Television Network.

Check out our website for more on Hawaii Five-0 and Magnum P.I.! Follow us on Twitter at @capeandcastle and join us in our conversation on the #H50xMagnum crossover!