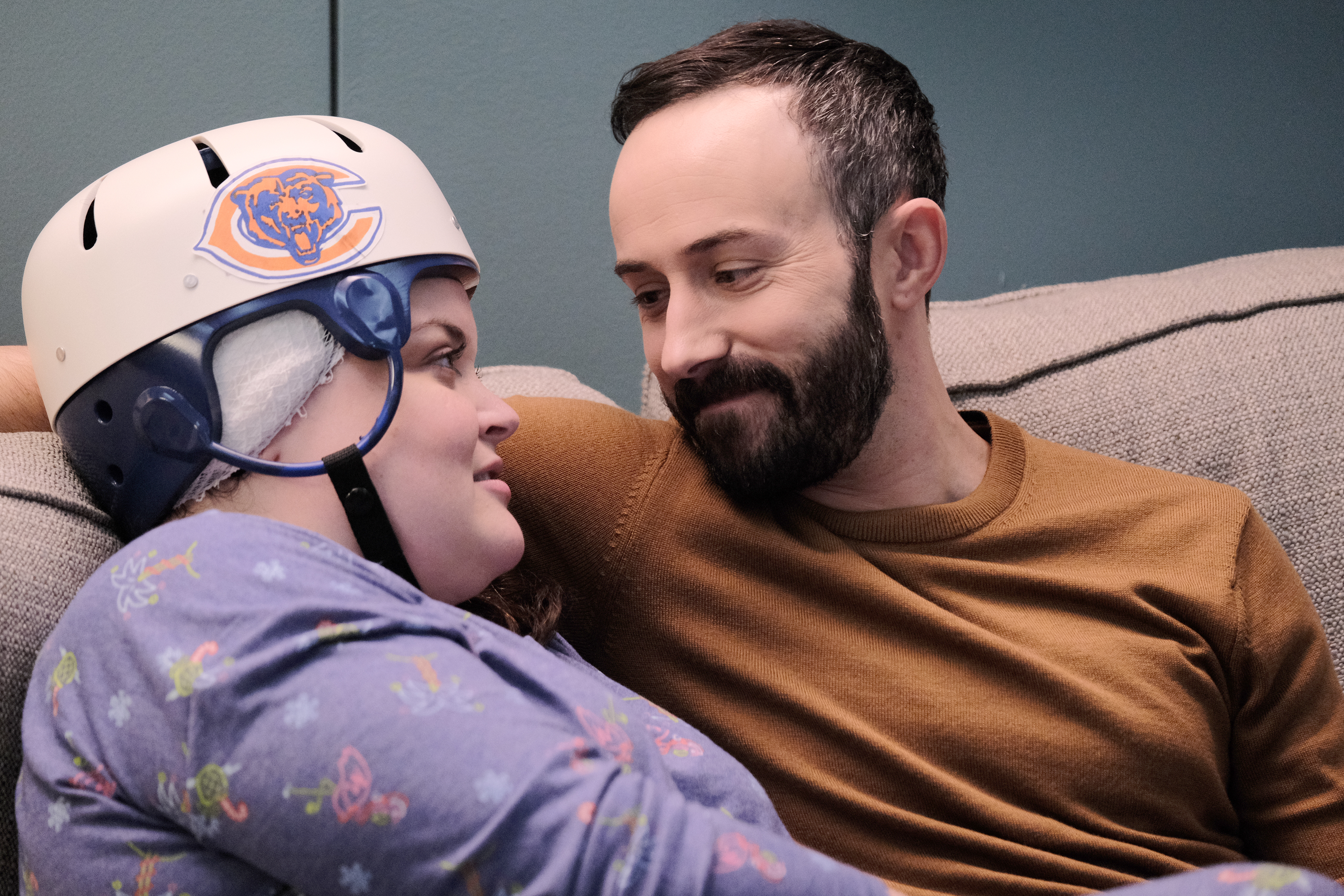 Thanksgiving is usually all about the turkey and spending time with family, and it’s no different for this episode! Except that the focus seemed to be more on the accidents that happen when people try to cook that turkey and spend time with that family. Along with that, comes all the awkwardness that happens when families get together under one roof for a holiday. Check out The Resident 3×08 review for our thoughts!

Everyone knows cooking can be dangerous, but some of these accidents are just plain crazy! It seemed like one patient after another was coming in with a Thanksgiving-related injury. And they seemed to get worse and worse as time went on. Yeah, this is just one of the many reasons why we were so in favor of the sexy Thanksgiving that Conrad and Nic originally had planned. The other reason would be because, hello, who doesn’t want Nic and Conrad to have a nice and quiet sexy Thanksgiving together? They deserved it. 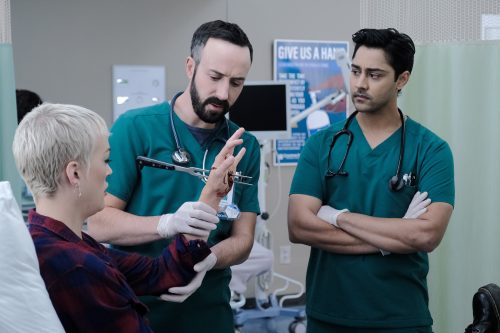 On top of that, we weren’t on board with Kyle bringing his recovering drug addict friend over. We understand that it’s his first Thanksgiving without Jessie and that would be an excellent reason for Conrad and Nic’s original plans to be disrupted. We could have easily gotten behind that. But him bringing along his new friend? No thank you. We understand completely why he was doing it, but that doesn’t mean we agree with it. He’s looking for someone suffering the same way Jessie was suffering and trying to fix them. But it’s something that is just asking for trouble on multiple levels.

Eventually, we will stop talking about how much we love Bell. But today is not that day. We are definitely fans of the way he is taking a stand for his hospital, his patients, and his staff. It’s about freaking time! Bell has always been formidable and when he and Conrad were on opposing sides of just about every issue, we genuinely never knew who was going to come out on top. Seeing them on the same side of things allows us to breathe a big sigh of relief. We firmly believe that when these two act as a team, no one can stand in their way. That includes Cain and Logan.

Logan doesn’t have any type of medical background. We don’t care how much financial experience he has, that does not make him qualified for the position Cain got him into. Besides that, what the hell did Cain do to get himself in the position he is in. We can’t take away from him the fact that he is indeed an amazing surgeon. But his bedside manner could use more than just a little work. So could his idea of teamwork and leadership. And pretty much every other aspect he should have in order to be where he is at.

AJ faced the ultimate awkward family situation when he chose now to be the best time to meet his brothers. Not only that, but he had to deal with his biological parents and his adoptive parents together. Which meant they found themselves in a figurative pissing contest for who contributed to who AJ is the most. A situation that was completely nonsensical and ridiculous. They’re supposed to all be adults, but all of the parents in the situation should have acted better. 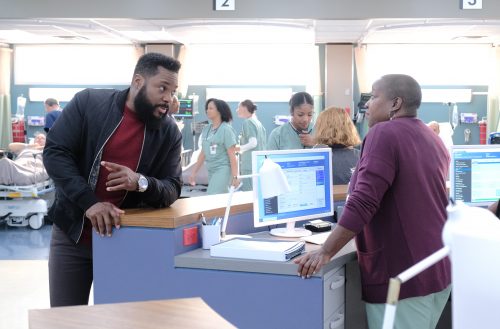 Then there were AJ’s two brothers. They couldn’t have been more different, but they were also both pretty disrespectful. One would think that these two would want to make a good impression on AJ. Especially since it was so clear that AJ was doing his best to make a great impression on them. But instead, they couldn’t have made it more obvious that they didn’t care less about anyone but themselves. That was one family Thanksgiving we could have gone without seeing.

It seems like Nic and Conrad can never catch a break, much less some time off to just relax and be together. When they do, they seem to be inevitably interrupted. Yes, we get why Nic’s dad showed up. And we completely understand Conrad’s neighbor coming to him for help. But these two just getting one day to settle in and have an entire day full of cuddling, movies, and each other would be a real gift. At least we had the beauty that was Irving and Jessica to give us that relaxing feel. Sure, Jessica was still recovering in the hospital, and Irving spent his shift running around like mad. But they had their moments together and when they did they were calm beautiful to watch.

What did you think of this holiday-themed episode? Did you feel the awkwardness coming through your screen during AJ’s family dinner like we did? Find and follow us on Twitter @capeandcastle to join the conversation and tell us your thoughts! Also be sure to check out our site for more articles on all things Disney, Marvel, and more!