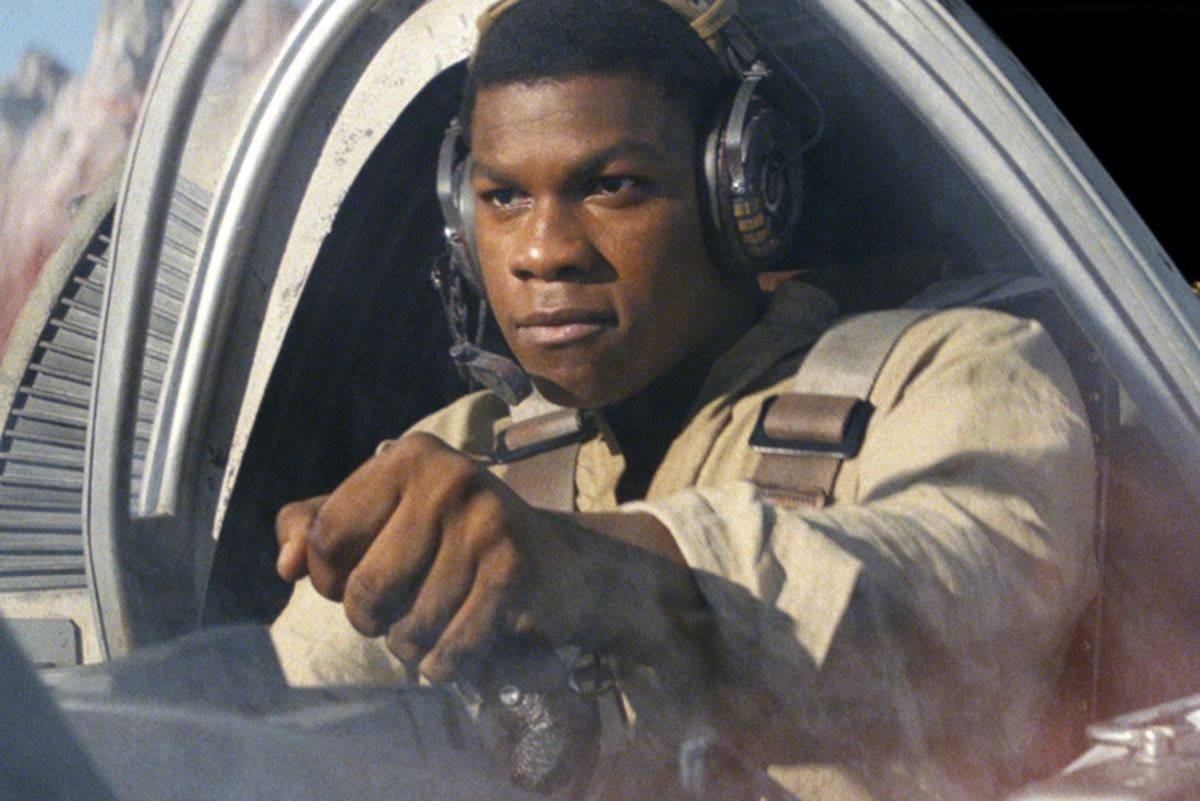 30 Days of Thanks: Why We’re Thankful For Finn

Our 30 Days of Thanks would be incomplete without a spot for Finn! He’s one of the most underrated Star Wars characters. He has also experienced considerable character development in Star Wars and he’s an inspiration to us. Here’s why we’re thankful for him.

We’re all aware of how terrified Finn is of the First Order. He’s seen how dangerous and evil they are. He’s the only soldier who refused to shoot the villagers on Jaaku, a sign that he’s different than the rest. He helps Resistance fighter Poe get away – yes, he uses him to escape because he needs a pilot, but who wouldn’t in such a horrible situation?

This is also very risky because he could be caught by his superiors and possibly killed. In spite of this, Finn’s humanity breaks through the mental conditioning he’s been subjected to for years and with Poe, he makes a dangerous getaway.

Later, after a crash landing on Jaaku, he sees Rey and is overcome by a desire to help her when he sees a few thugs attack her. His assistance is not needed as she handles her assailants promptly. Shortly after this, they meet and when she believes he’s a member of the Resistance, Finn lies and affirms that he is.

This is a bold move, considering that this young woman knocked him flat on his backside, but it’s also kind of adorable.

Finn and Rey are chased by the First Order and board the Millennium Falcon to engage in a battle with several starships. After they defeat their foes, our young heroes cheerfully compliment each other’s skill in the fight.

It’s obvious that Finn likes Rey. It’s particularly prominent when he asks her to come with him to get away from the First Order. His plea is endearing and you understand why she’s become so important to him.

Being a stormtrooper means that Finn wasn’t acknowledged as a person. He was just a pawn to be used by his superiors. Despite this, he experiences compassion and grows to care for all of his companions.

There is a consistency to his actions in The Last Jedi as he attempts to leave the Resistance and find Rey. He always thinks about her well-being even to the point of forsaking his own and that is beautiful.

More so, he nearly sacrifices himself for the Resistance in the final battle. Finn’s actions in contrast to his motivations in The Force Awakens shows he has matured and the progress is admirable.

Do you like Finn in Star Wars? Let us know in the comments and check out our social media @capeandcastle for more 30 Days of Thanks content!