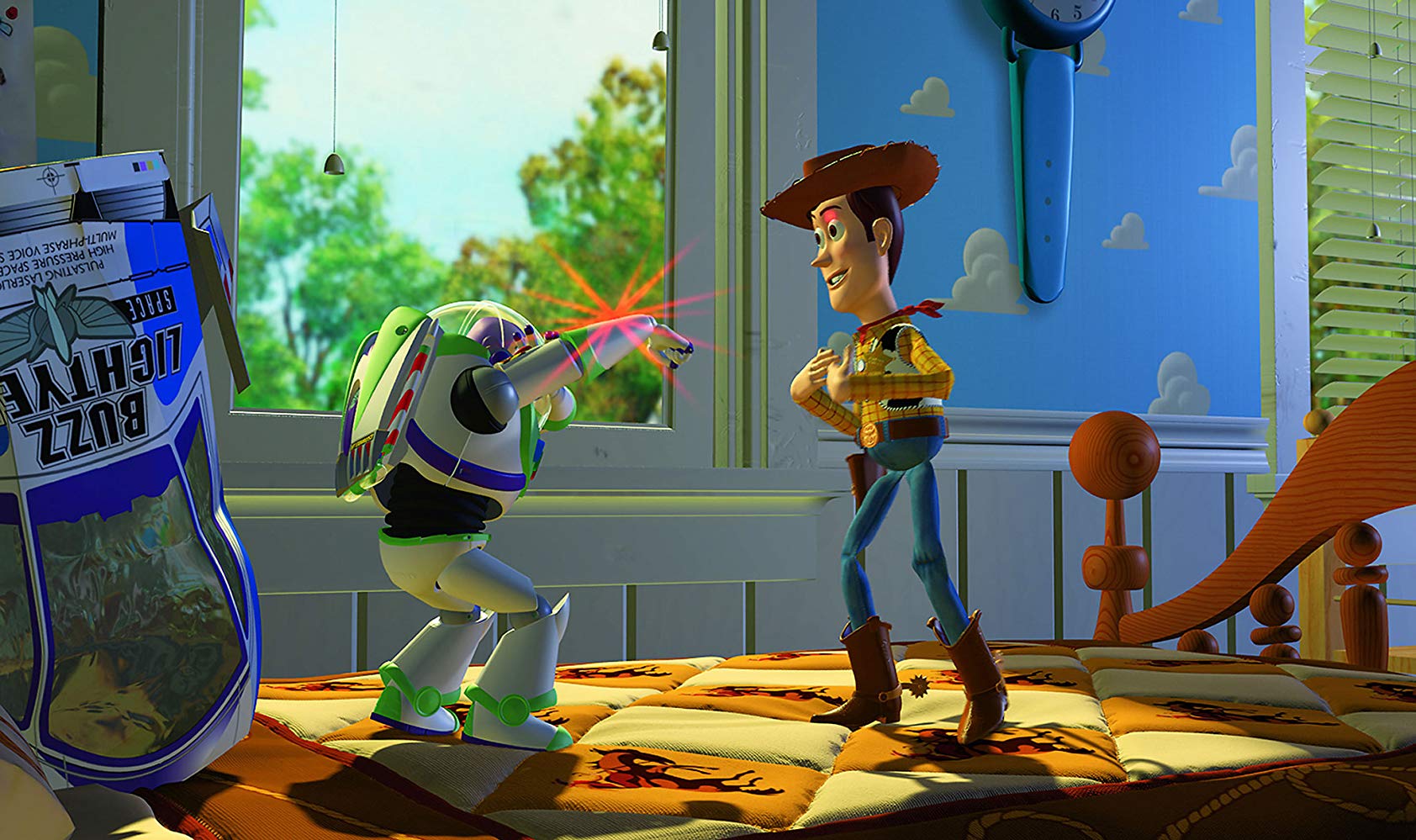 30 Days of Thanks: Why We’re Thankful for ‘Toy Story’

The beloved characters of the Toy Story franchise have provided goodness and laughter to generations for over 20 years. We continue with our 30 Days of Thanks Event by recognizing why we are thankful for the original Toy Story for giving us glimpse at what our toys are up to when we’re not around. 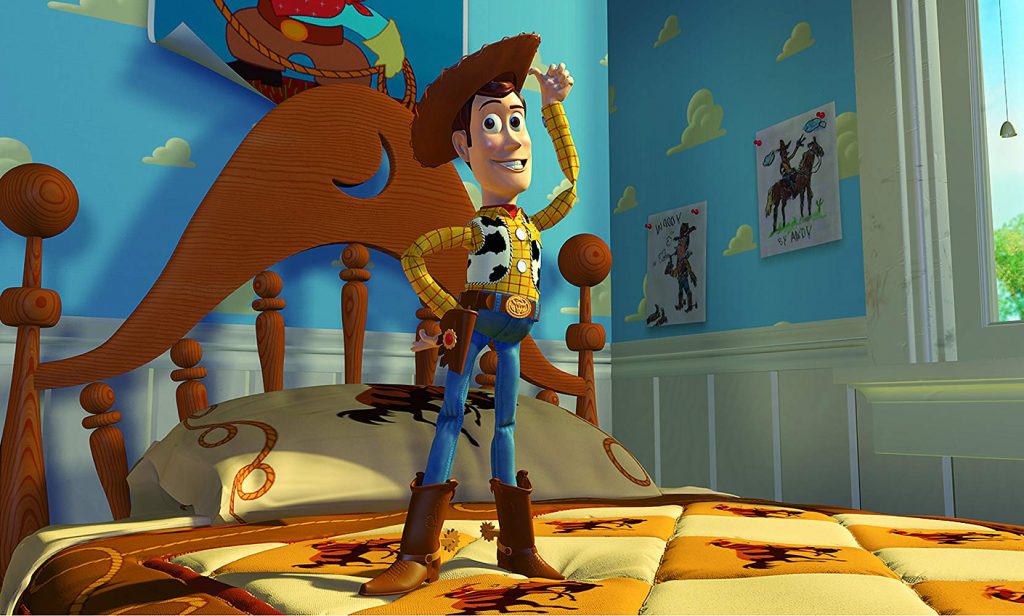 When Toy Story was released in 1995, I was a senior in high school. A lifelong Disney fan, I raced to the theater to see the latest in animation innovation. I was in awe as I watched the little green army men and Mr. Potato Head dolls from my youth come to life. There was not a toy on the screen that I had not encountered at some point in my childhood. Cowboys, dinosaurs, remote control cars, Etch-A-Sketch. These are recognizable, identifiable toys to almost any generation. Even Buzz Lightyear, in all his resplendent glory, was equally familiar as a concept – the popular toy of the year that every kid wants. 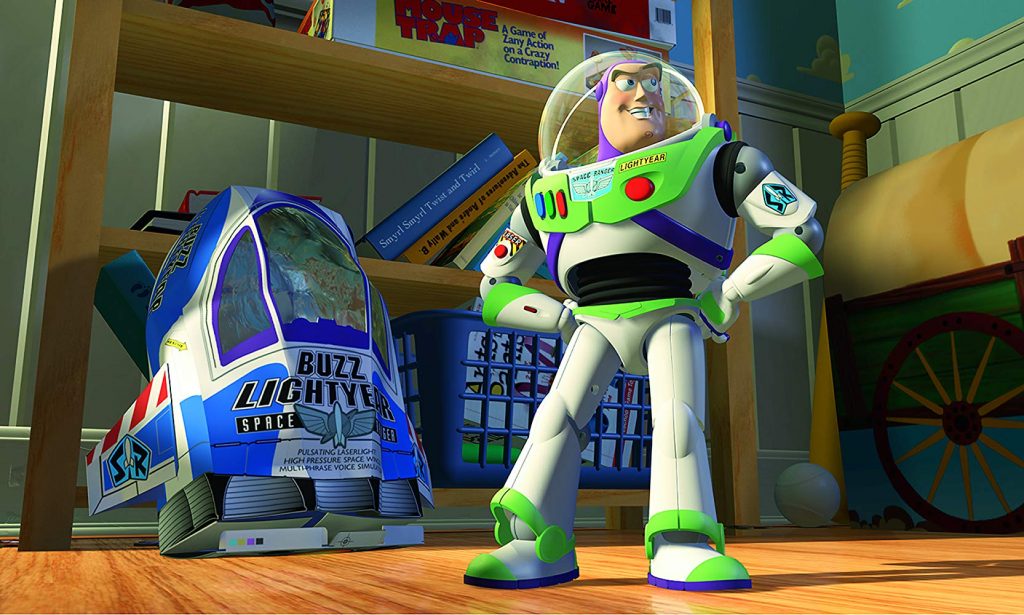 Animated movies are often brushed aside as movies for children. Yes, they are designed to appeal to children, but the lessons characters learn in almost every Pixar movie are lessons that fully grown adults often need to grasp.

When his role in Andy’s life as ‘favorite toy’ is threatened by a new toy, Woody deals with jealousy, insecurity and irrational rage. His journey takes him on a path of guilt, remorse and determination to fix his mistakes so that he ultimately achieves redemption. Arrogant, clueless, proud Buzz has a full-on identity crisis when he learns the earth-shattering truth that he. is. a. TOY. He completely shuts down, drowning in grief and despair.

Thanks to Woody, Buzz learns his worth as a toy and eventually achieves acceptance for who and what he is. Buzz and Woody learn from each other and work together to get back to Andy. The audience learns the value of being open to those who are different from you. We are thankful to Toy Story for so beautifully portraying the value of friendship. 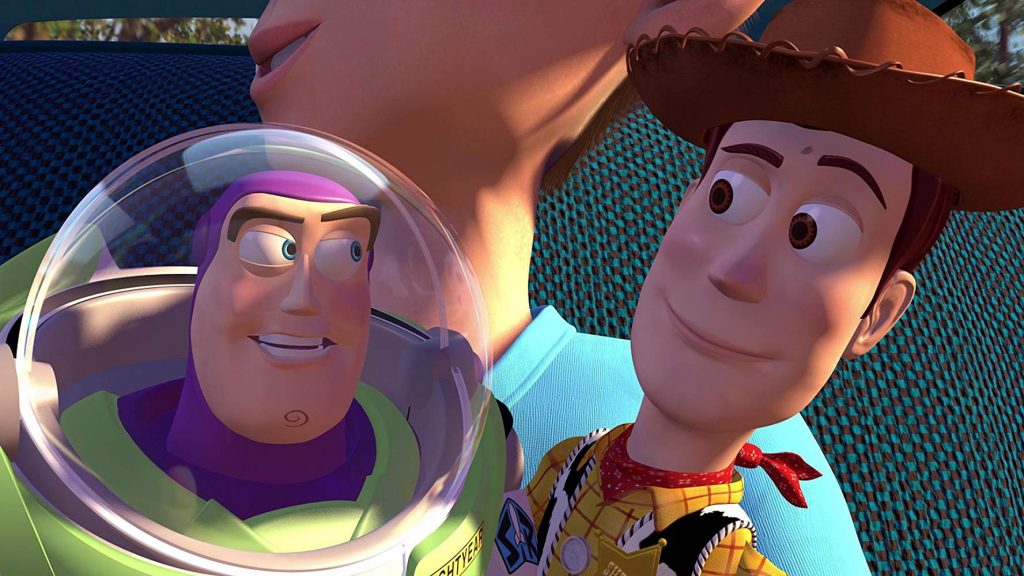 Toy Story was the first major motion picture released by Pixar Animation Studios in their partnership with Disney. It was the first time audiences were treated to computer animation on the big screen. As movie-goers of all ages were delighted by the gorgeous, seamless artistry, Toy Story became a massive success and laid the groundwork for Pixar to become the leader in animated movies that it is today. Were it not for the success of Buzz and Woody, we would not have Cars, The Incredibles, Up, Monsters Inc., A Bug’s Life, Finding Nemo, and many more. We are thankful to Pixar for opening our imaginations to the lives of creatures and inanimate objects in ways we had not previously considered.

Perfectly led by Tom Hanks and Tim Allen as Woody and Buzz, the voice cast for Toy Story is truly remarkable. The cast boasts recognizable voices, comedy legends, and acting powerhouses. Don Rickles, Jim Varney, Wallace Shawn, Annie Potts, Laurie Metcalf, and of course Pixar mainstay John Ratzenberger, were just a few to lend their voices to the original. Notable voices Joan Cusack, Kelsey Grammar and Estelle Harris joined the cast in Toy Story 2. Ned Beatty, Bonnie Hunt, and Michael Keaton joined the fun in Toy Story 3. The most recent additions to the franchise in 2019’s Toy Story 4 include Keanu Reeves, Tony Hale, Jordan Peele, and Keegan-Michael Key. It seems everyone wants to play in the Pixar world of toys.

A discussion of voices must also include mention of Randy Newman’s masterful work in creating memorable songs for each Toy Story. He has provided songs for many Pixar films over the years and is frequently Oscar nominated for his work. One of his two Oscar wins is for the song “We Belong Together ” from 2010’s Toy Story 3. We are thankful for music that helps to tell the story and convey the emotional journey of the characters. 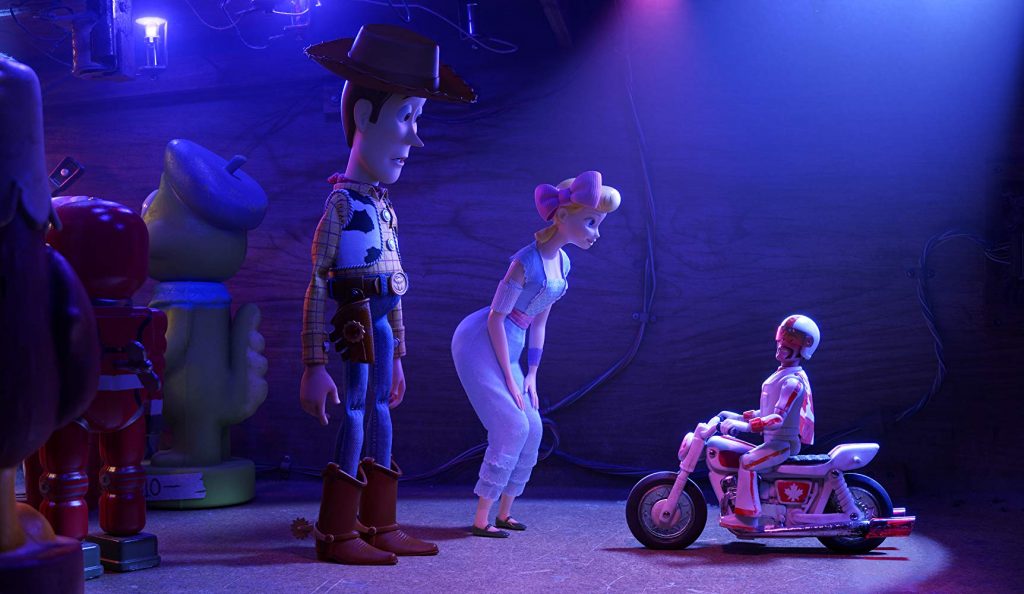 We are thankful that the world of Toy Story continues to grow. Each new installment brings new characters into the family and takes our gang of heroes on new adventures. The friendship of Woody and Buzz remains the central constant of the story as they navigate different challenges and learn to deal with new emotions. It is currently unknown if there will be a fifth installment of the franchise. In the meantime, Pixar continues to create shorts to go along with the films, many currently available to stream on Disney+. The latest follows the Toy Story 4 character Forky as he asks his friends essential questions about life. If Toy Story 5 does happen at some point in the future, I will be there opening day. But, keep in mind 24 years passed between the release of Toy Story and Toy Story 4. Pixar spaces these movies out. It could be a long wait.