We’re continuing our 30 Days of Thanks here at Cape & Castle! To continue along with why we’re thankful for our favorite Disney and/or Star Wars characters, let’s chat about the most loyal droids R2-D2 and BB-8. They may have been part of different adventures, but they are similar in many ways.

In the Star Wars universe, every character means something to fans for different reasons. Luke is the hero who fights for good, Leia is a true leader, and Han is brave and heroic in his own way. These are just some of the main characters we think of when we consider how thankful we are for what they have brought to us. But what about the smaller heroes, those who lend a helping hand in the biggest of ways? 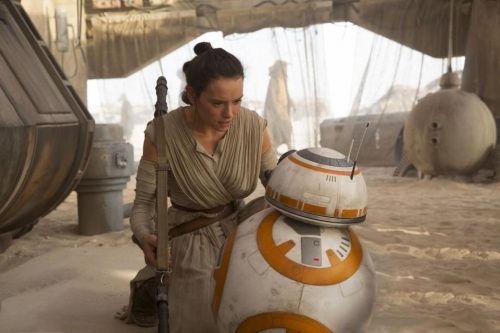 R2-D2 and BB-8 encompass the phrase “small but mighty.” They hold important roles within the universe. R2-D2 had the most important job of bringing the plans for the Death Star to the rebels, being unassuming as he roamed the universe with Luke and co. Similarly, BB-8 was helpful to the Resistance in knowing the location of Luke in later years.

One of the main attributes of these adorable droids is they are deeply loyal to those they accompany on the many missions. BB-8 belongs to pilot Poe Dameron and when he is captured by Kylo Ren, BB-8 makes it out in order to get help. This is also how R2-D2 helps aid Leia Organa through getting to Luke Skywalker and Obi-Wan Kenobi.

Why We Love Them

Very often in films where adventure awaits, you find yourself gravitating towards that one particular character who brings lightheartedness and silliness into the mix. They might have important roles to play in the universe, but they make us smile when we see them on screen. These two droids make you feel as though you can do anything no matter your size. Just as long as you know who and what is important to you, you can accomplish anything.

What are you most thankful for regarding our favorite droids? Find us on social media @capeandcastle and join the conversation! Be sure to follow along with us as we continue to give thanks!