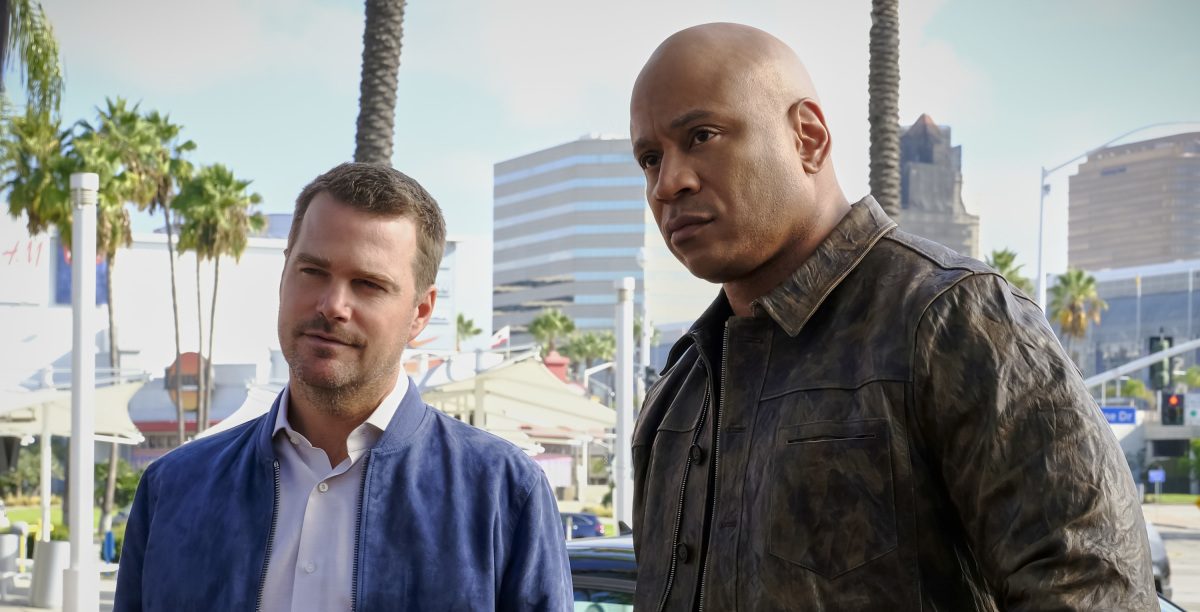 Another new episode of NCIS: Los Angeles aired this past Sunday and the team works the case involving attempted murder. Plus, a familiar face also appeared, hinting at something possibly brewing for Sam Hanna in a personal way. Let’s auction off some cars and see what happened in “Concours D’Elegance.”

When popular social media star Zane Von Bohlen’s party is marred by the sounds of a shooting, the team is on the case. They soon discover the victim is Andre Vizquel, an engineer who worked for Donington Labs. Donington was developing specs for an undersea drone, which would be useful for someone to get their hands on.

It appears one of the party-goers could be a suspect due to family ties. However, he happened to be filming the party as the crime happened. The video footage was helpful in showing that the shooting was not connected to the party itself.

While the victim lays in the hospital, the team works to figure out who could have wanted the information and also if it had anything to do with the shooting at all. When it looks like the victim was hiding information from his boyfriend, Franklin Shapiro, things don’t look good at first. However, evidence soon leads them to Vizquel’s former coworker, who had used his ID card to break into the lab and steal the technology.

Nick Moore was the coworker in question and he was hired to steal the tech. He hid the specs inside of a vehicle that would be up for auction, as per the instructions he was given. Of course, he chose the Ferrari that Van Bohlen owned. It would have gone off without a hitch, but then Vizquel realized his ID had been taken. These events led to him being shot by whoever was guarding the Ferrari and the tech. 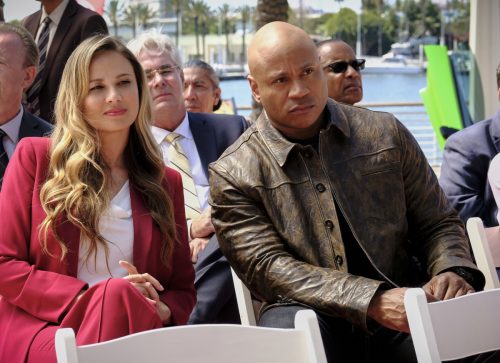 The vehicle going up for auction brings Callen and Sam in to see who is a potential buyer. Enter Katherine Casillas, whom you may remember from the episode Provenance. She is there as Van Bohlen’s insurance agent and to make sure the car isn’t damaged once the tech is back with NCIS.

With the help of Nell and Fatima, the team hones in on a potential buyer, until an unexpected bid pops up. The buyer is Tarpena Joyce aka Damevski, who has ties to Russia. It turns out that she had hired Nick Moore to steal the drone tech per the Russians. The Russians take her after a battle with the team. But they are not prepared to lose and are able to recover the tech.

Even though the case may not have been too exciting, it was great to see a victim survive the episode. Kensi and Deeks even made sure that the victim’s partner understood that Vizquel was an innocent victim and whatever questions he has, they can work things out. As they watch Vizquel’s loved ones at his bedside, Kensi and Deeks get into a conversation they have been having throughout the episode.

Kensi has been wanting to know the stage name her hubby used during his stint as an exotic dancer. It turns out he used the name Jack as in Jack Dawson from Titanic. We got to see Kensi in an adorable moment as she realized a personal fantasy she has had is now part of the man she married. It is likely they will take care of that later, once she is finished telling her best friends of course.

As for Sam, it appears that Katherine is someone who is getting to him. They appear to have a connection and while it may not be on a personal level, there is definite chemistry. Plus, he let her take the keys to his car. He never lets anyone drive his car. Will something romantic occur between them? Only time will tell. 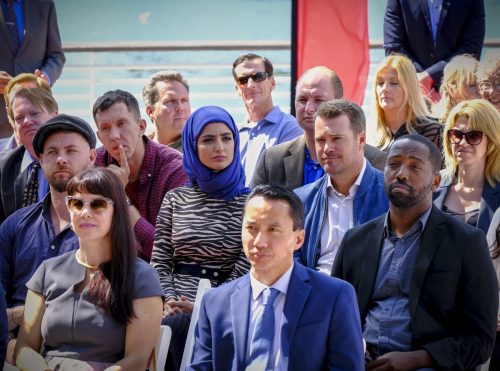 Before the episode’s end, after an exciting fight in which Fatima got to use her combat skills, we find out Hetty is sending her on one of her secret missions. We don’t know when we will see Fatima is, but we hope it is sometime soon. Plus, we are still waiting to see where Eric has been. Hopefully, we will find out what has been going on with him!

We enjoyed this episode a fair amount, maybe not as much as previous episodes. But, it was still a fun one to watch and get to see characters come back once they have been introduced. We’re looking forward to seeing what is next for the team.

We’ll see you next week for a brand new episode of NCIS: Los Angeles on CBS. Find us on Twitter to join the discussion.