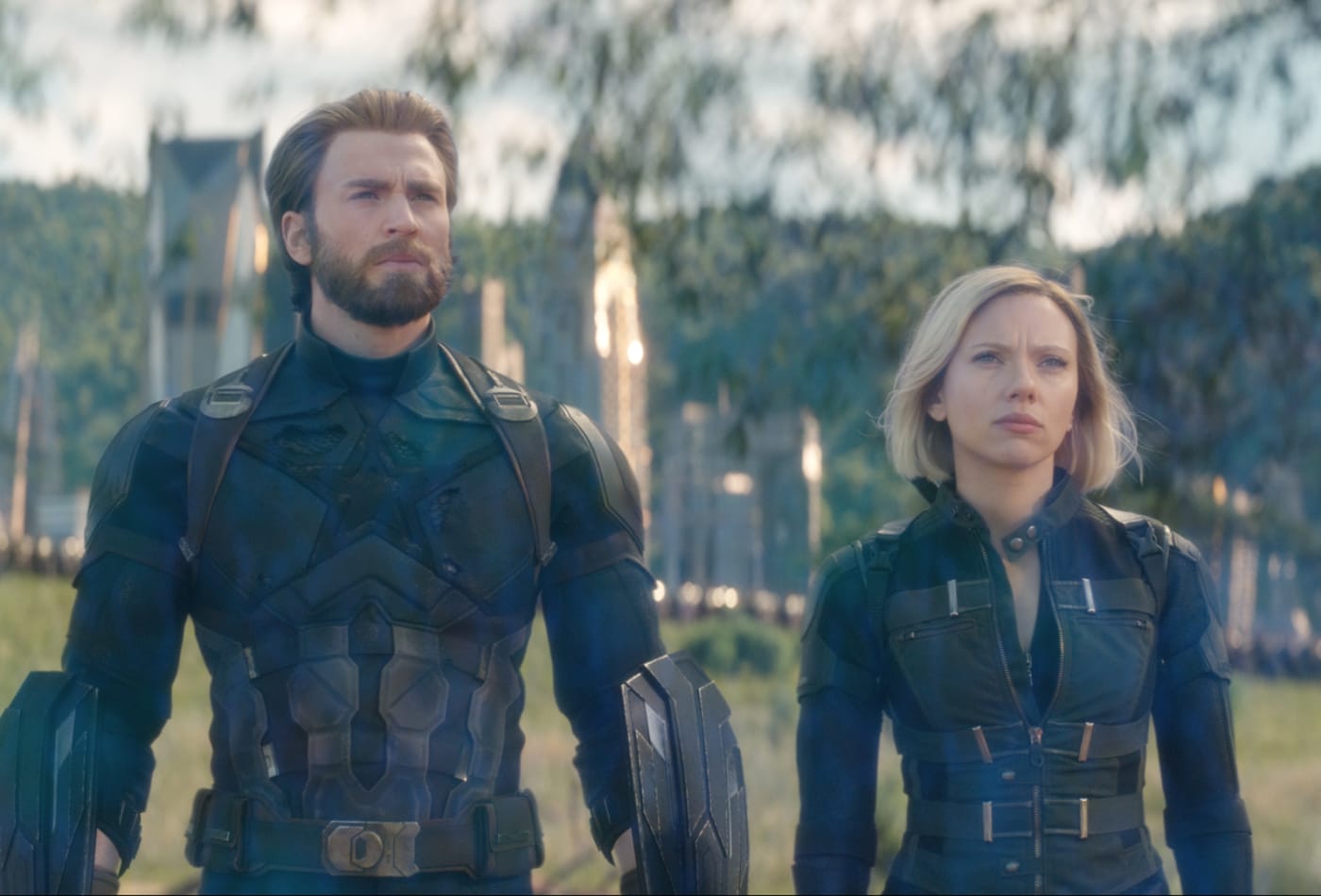 30 Days of Thanks: Why We’re Thankful for Steve Rogers & Natasha Romanoff

We’re 12 days into our 30 Days of Thanks! Throughout November, we’re expressing our thanks to Disney for all of our favorite characters and ships. Today, I’m thankful for Steve Rogers and Natasha Romanoff of the Marvel Cinematic Universe.

Why I’m thankful for Steve

If I’m going to be honest, the primary reason as to why I love Steve Rogers (or, as he’s better known, Captain America) is because of Chris Evans. Growing up, Captain America never really caught my eye. It’s strange, if I think about it, because I’ve always been a sucker for the 1940s, and the story of Captain America was just that: a handsome, 20-something who joins the Army during World War II. I ask myself, every day, what was not to love about that?

It’s not that I wasn’t familiar with the character, either, considering that I grew up with comic books. But, it’s clear that I’m easily influenced. Back then, I was into who everyone was: Spider-Man, and Wolverine. But, cue Evans as Captain America, and the rest is history.

I’ve followed Evans’ career since The Perfect Score, and I’ve had the biggest crush on him over the years, so it’s really no surprise that I’m crazy over Captain America, too. After all, the two have blended into one. Evans is Captain America.

But, like I said, every version of Captain America, not just Evans’, has always had its appeal. I just never saw it, regrettably. Captain America was a frail, lanky, undernourished man, who becomes a science experiment; then, upon crashing his aircraft into the Arctic and freezing underwater for 70-something years, he wakes up, still as a 20-something, in the 2010s. Interesting, right?

But let’s just say that Evans’ version is what I’ll always retreat to, because it’s true: I’ll never want another Captain America Steve Rogers, after Evans. (I say Steve Rogers because, well, Sam Wilson is Captain America, now, and I don’t really mind it. Kind of.) Also, no one can do Nomad like Evans:

But let me just conclude this section on a general note. Whether during the 40s or the 21st Century, the times tried Captain America, but he overcame, and that is why I am thankful for the character. Captain America is the true definition of a hero, of someone whom to adore and to admire. If he’s not someone to be thankful for, after all of that, well…

Why I’m thankful for Natasha

Again, if I’m going to be honest, the primary reason as to why I love Natasha Romanoff (or, more recognizably, Black Widow) is because of Scarlett Johansson. As much as I would’ve appreciated the character if Emily Blunt had taken on the role, I’m honestly thankful that Jon Favreau, ultimately, went with Johansson, because what a perfect choice, a perfect decision, a perfect outcome.

Black Widow is another example of a character whom I love, due to actor portrayal. Like Evans, I learned of Johansson from The Perfect Score. From there, I followed her career, however, more unintentionally than Evans’: I just happened to enjoy all of the films that she has starred in (not to mention, she’s worked with Evans in eight of my favorite films of hers).

But, over time, I loved Johansson as a person, too. She’s a lot like Evans. I can see why they’re best friends.

But why am I thankful for Black Widow, you ask? The same reason as to why I’m thankful for Captain America: her story.

I may not the biggest fan of the version that was translated onto the big screen for Marvel Studios, but I am the biggest fan of how similar her superhero beginnings were to Captain America, in the comics. She, too, is ostensibly in her 90s, to date, and is also Captain America’s age, biologically. She, too, was injected with similar serum, resulting in her having similar endurance and strength, among other things. She, too, is just a human without superpowers, but is super badass.

One thing about the movies that I do like, though? Her weapons! I mean, Black Widow’s Bite? Watch out, they sting.

Why I’m thankful for Steve & Natasha

Imagine if Blunt and her husband, John Krasinski, were Black Widow and Captain America. (He was considered to be, actually.) We could’ve had married Avengers! Whom I adore! But, as I’ve said before, here and elsewhere, there’s no one I’d rather have as Black Widow and Captain America, than Johansson and Evans. And, as I’ve also said before, it doesn’t help that they’re best friends, in real life, and that their chemistry is incomparable. Hell, their chemistry emits even when they’re just interviewing each other.

GIF: Disney via We Heart It

Okay, so, clearly, I didn’t get what I want, out of the MCU. Steve and Natasha were best friends and work spouses, yes, but they weren’t romantic, even though they should’ve been. (Shipper bias aside, the signs were there.) Instead, Steve ended up with Peggy and Natasha…well, if the Black Widow movie really is set between Captain America: Civil War and Avengers: Infinity War, then, she had some random LI (love interest) named Mason. I’m clearly not about it, nor was I ever about anyone else whom she was linked to. (Coughs.)

Movie canon aside, they’re canon in the comics, and of course, I’m all for that. Their son, James Rogers, has existed in multiple worlds (including Earth-616, Marvel’s prime universe) and in multiple story arcs, since the 2000s. The animated film, Next Avengers: Heroes of Tomorrow, was James’ debut.

But, pettiness aside, I am thankful for MCU!Romanogers. Sure, they didn’t go down Romance Road, but they did love each other, more so than the others, sometimes. Steve and Natasha are still a love story, and it’s one between the best, purest ship in the MCU (to me, of course). I mean, watch the scenes, below: