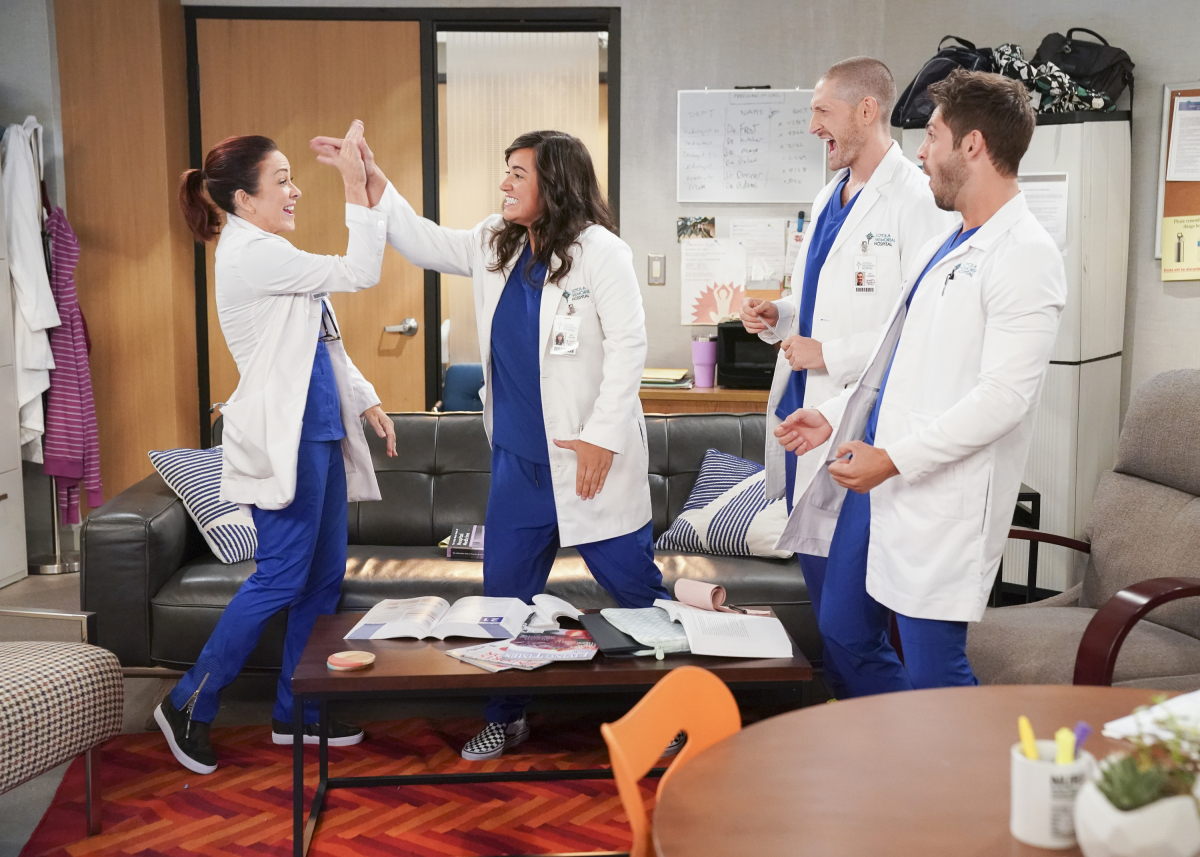 A college football player found his way to the hospital in the latest episode! Carol found herself put to the test when she discovered that the athlete had a pretty scary medical condition. Meanwhile, Jenny may just be changing her rule about not dating doctors. Keep reading for our Carol’s Second Act 1×06 review!

Jenny and Daniel continued to get closer and we were living for it. This time, Jenny was doing her best to sell a new ED medication. While she did her best to pitch the medication, the hospital and Dr. Gilbert didn’t seem to be interested. But Jenny is clearly not one to give up, something we’re assuming she gets from her mother. And thanks to Daniel and her perseverance, Jenny was able to sell the drug to the hospital and meet her quarterly goal. 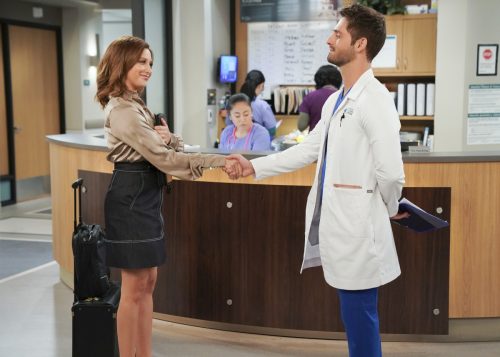 While it’s clear that Jenny is phenomenal at her job, it was nice to see her allowing Daniel to help her. And he did a pretty fantastic job doing so at his own expense. A man willing to lie about having ED just so you can meet your quarterly goal? Yeah, that man may just be a keeper! Which is why we were so excited to see Jenny agree to go to dinner with Daniel. Especially since she has that self-imposed rule about not dating other doctors. Something it looks like she may be willing to break for Daniel.

When Carol insists on running more tests on Darrin, everyone seemed surprised to discover his medical condition. And while the chance of something life-threatening happening to Darrin while playing football is pretty low, it is still present. So we understood why Carol would encourage the man to give up on football. But we also understood why Darrin didn’t agree. Football was clearly his one true passion in life and he wasn’t going to let a 10% chance of something happening stop him from playing. There are a lot of risks that come with football, so what’s one more?

It’s part of Carol’s job to want to do her best to protect each patient she comes across. But Darrin’s mother has a job to support her son in what he’s passionate about. And Darrin’s coach, while he drove us a little crazy, also has a job to do what he can to keep his best players on the field so his team can win. So while everyone had their own job to do and agendas to achieve, what it came down to was Darrin. If he wanted to continue to play football, there wasn’t anything that anyone could do to stop him.

It was nice to see Maya not only on Carol’s side throughout this episode, but also doing what she could to help out. Maya, Carol, and Stephen made a great team in distracting the coach long enough for Carol to speak with Darrin. They worked together flawlessly and while the goal of stopping Darrin from playing football didn’t pan out, it doesn’t take away from how these three worked together. 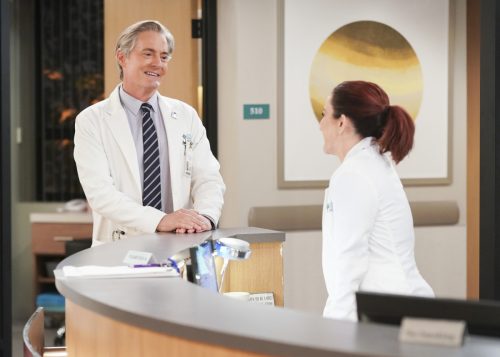 What did you think of this episode? Were you shocked to see how far Daniel went to help Jenny? What will come of Daniel and Jenny going out to dinner together? Find and follow us on Twitter @capeandcastle to join the Carol’s Second Act conversation! Also be sure to check out our site for more articles all about Disney, Marvel, Star-Wars, and more!