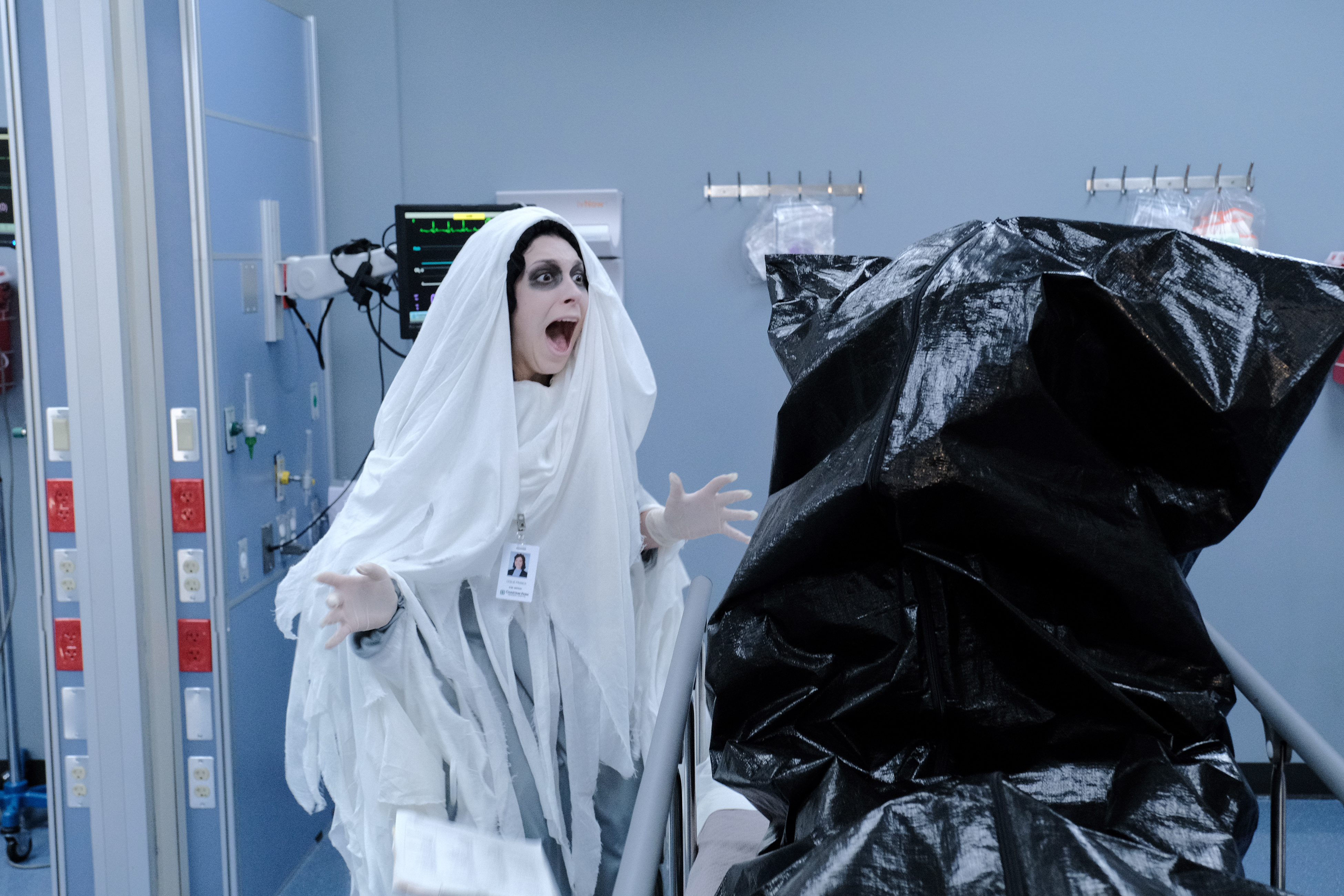 We’ve never been so excited but also dreaded an episode as much as this one. A Halloween episode promised so much awesomeness, but we’re also painfully aware that this show can be terrifying regularly. But we were still ready! Especially to see some Mina and AJ action! So keep reading for The Resident 3×04 review!

We have completely fallen for AJ, but he is even more lovable when he’s around Mina. Their road trip had them acting like an absolute married couple and we were loving it. Even when shit got weird, we almost missed it because we were so caught up in the epic beauty that was their blossoming relationship. 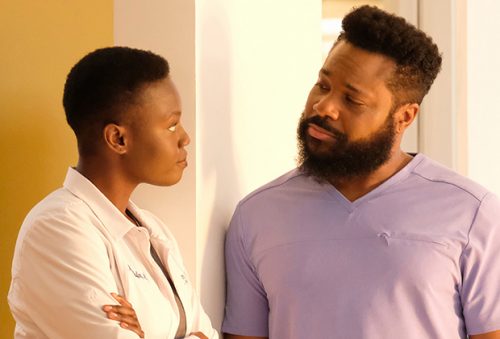 If we had to be trapped in a weird-ass town with crazy acting people, there is no one we would rather be stuck with than these two. They are both complete badasses and they aren’t afraid of much. Mina and AJ are also incredibly smart and have wildly analytical minds, meaning they are prepared for just about any situation that may arise. Which also pretty much makes them extremely compatible to have a romantic relationship. In case anyone wanted our opinion on that.

Back From the Dead

Even with the promo showing us the patient that had previously been announced dead sitting up, we still weren’t ready. We will admit that we absolutely jumped a little and were just a tad freaked out. So we really have to hand it to the other doctors for not freaking out. Like at all. They acted like this was a completely normal situation and that has us impressed with a side of concern. It definitely had us wondering how often this has happened before. With Chastain, we don’t dare guess.

Speaking of back from the dead, the town Mina and AJ were forced into could use some life put back into it. While we understood where the townspeople were coming from and could understand why they would hate Chastain, they weren’t right in how they went about things. They came off completely creepy and psychotic actually. Not every doctor at Chastain has the attitude of the higher-ups at the hospital. Mina and AJ certainly aren’t responsible for the decisions the hospital makes. They do their best.

Hades had us wanting to throw something through our televisions. Or at least praying for someone to give the guy a smack or two. Preferably Conrad and Nic. The team-up smackdown would be extremely satisfying to watch. Multiple personality disorder or not, one of those personalities was a complete douchebag and we were not here for anything he had to say. Actually, we were completely with Nic on walking away and not giving the guy treatment if he kept refusing all the doctors. 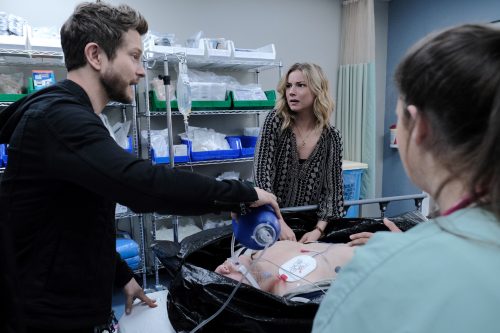 We did love Conrad getting into the Halloween spirit. And we absolutely agreed with him about leaving the candy out. Sure, the chances of the first kid walking by and stealing all the candy are probably accurate. But at least other kids coming along would see the bowl there, empty or not. It would at the very least lessen their chances of getting the toilet paper treatment.

Cain Has Our Vote

We have made our decision on Cain. And it is that he is a complete badass. We love him and we hope he sticks around. But we also hope we aren’t wrong by deciding we like him. So we will keep our fingers crossed that he remains exactly as he is now. The way he handled speaking with his patient was incredible. It was absolutely unorthodox and probably wouldn’t be approved by a counselor or psychiatrist by any means. And it ended up being wrong in the end. But it was awesome before we knew that.

While the dude may not have deserved Cain’s care, we had to love why the doctor was doing it in the first place. The guy was a complete and total racist asshole? No problem. Cain volunteered and made sure he was front and center to the man’s care. Cain played the field and did his thing and used those amazing skills to find the best course of action in dealing with both the patient and the condition. At least what he thought was the best course of action. It sucks that things twisted to reveal that Hades was the actual personality. We aren’t sure where that will end up.

There is a fine line between love and obsession and Bella and her boyfriend are definitely on the obsession side of things. Do we even need to discuss the irony behind her name being Bella? We didn’t think so. But the fact is, we don’t care what these people think, someone needs to give them a reality check. Or two. Better yet, maybe they need to be admitted to a different kind of hospital. Thank goodness Remy admitted the truth. But the fact that he was obsessed enough with Bella to drink blood in the first place is a problem. 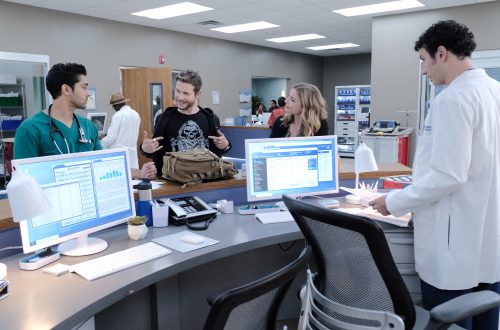 We are still squealing about Mina and AJ. That kiss was so hot and even though it was just a dream, we have no doubt a real one is coming! Sure, we loved how sweet Micah was and their relationship was adorable. But it definitely involved Mina being a caretaker more than a girlfriend. The relationship that’s building between Mina and AJ is one of such obvious passion! We can’t wait to see where they go from here!

What did you think of this week’s spooky episode? Were there any parts that had you on edge? Tense? A little startled? Head over to Twitter and follow us @capeandcastle to join in on The Resident conversation. Be sure to also check out our site for more articles on all things Disney, Marvel, Star-Wars, and more!