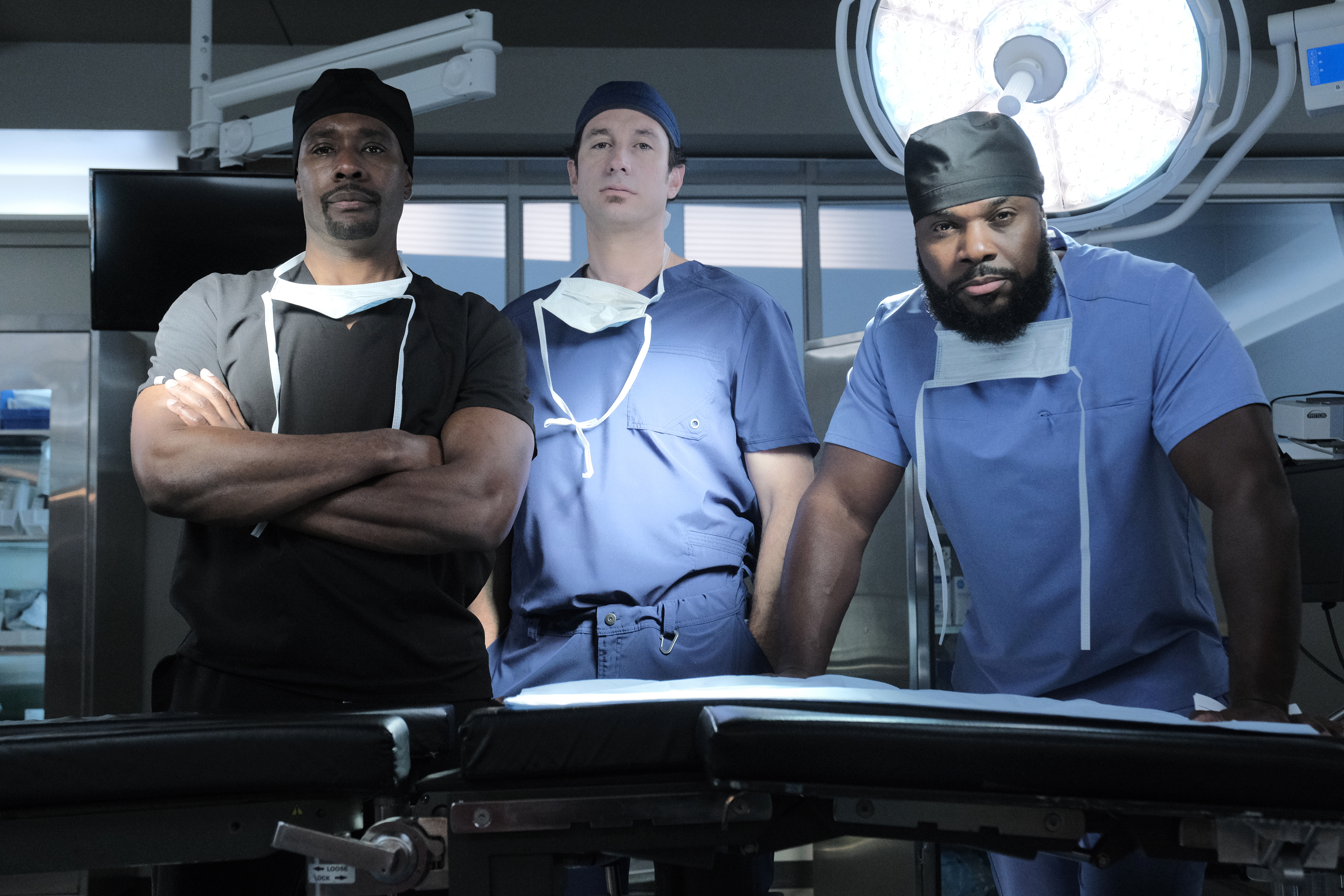 We’ve seen intense episodes many times before. In fact, just about every episode of this show gets intense, and quickly. But there was a desperate edge to the show this week that we haven’t seen before. Not only was the injury extremely severe, but the entire situation was a volatile and delicate one. But on the plus side, we did get some nice moments along the way! Keep reading our The Resident 3×03 review for all our thoughts!

We actually loved Nic’s idea of one thing that drove the other one crazy. It was absolutely terrible and certainly wasn’t going anywhere good, but it was hilarious to watch. The fact that Nic feels the worse thing Conrad does is leave socks around is amazing. He could do so much worse. There was enough pressure to keep the patient alive, that it seemed to put all the doctors and surgeons on edge. 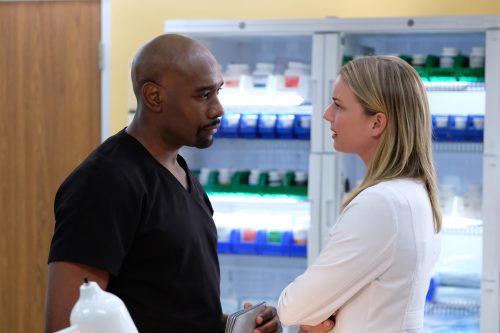 The detective was persistent, we will give him that. But, as usual, we find ourselves siding with Conrad. He really wouldn’t be able to do his job or help anyone if he didn’t help himself first. The stakes were high and more than just the life of the patient was at risk. Plus, we get that the situation was time sensitive but we have no doubts in our minds that Devon and the others were absolutely doing everything they could to save the patient, regardless of what he was guilty of.

We’re a few episodes in, and we’re still on the fence about Cain. He’s so unpredictable, we literally have no idea how he is going to react at any given situation. It’s clear that he is an amazing surgeon and he knows his own capabilities. But this is also sometimes exactly what has us questioning whether or not we like him. We have more than enough cocky doctors around this hospital, and we really aren’t sure we need or want another one. But if Cain can check his ego at the door and cool it just a little bit, we can see ourselves really liking him.

Well, maybe. After what has been going on with Bell, we are really trying to reserve our judgment for as long as possible. In all honesty, we’ve learned to reserve judgment for many characters continuously. When we first met Lane, we thought she was going to be great and she was really just greatly horrible. Then we had AJ and we were a little jaded and he was a little rough at first. But he’s one of our favorite characters now! So obviously this show just excels at twists and turns when it comes to characters and their motivations

Bell has been pretty great for a while now, but we are still left feeling like we are in some alternate universe. But what we’ve seen is that Bell really is a good guy. He’s absolutely out to make good decisions, he just adds whether or not they can do something for him to his decision-making process. Bell is an odd mix between doing things for the greater good and doing things for his own personal gain. But when it came to his ideas about staying out of business with Chastain and Red Rock, we were with him. And if he wanted to be the one to back the supplements, all the power to him! 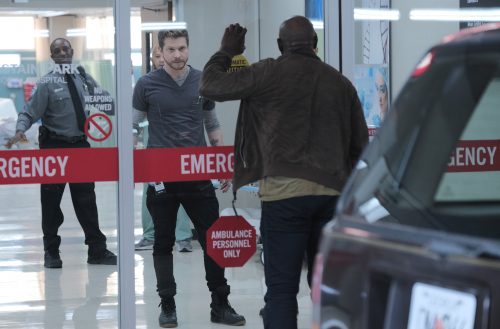 We hate seeing Conrad doubt himself and we have enough faith in him to know he didn’t miss anything with Rick. But we didn’t blame him for being extra cautious with the officer. Especially since he was once again right that there was something else going on. Honestly, the entire dialysis situation was giving us some serious Lane Hunter flashback vibes and it had us angry before we even knew many of the details. We’re going to be pretty pissed if we lost Jessie in a situation similar to what happened to Lily.

What did you think of this episode of The Resident? Where will this new business venture for Doctor Bell go? What about the startling secret Conrad discovered about Chastain? Head over to Twitter and follow us @capeandcastle to join in on The Resident conversation and let us know your thoughts! Be sure to also check out our site for more articles on all things Disney, Marvel, Star-Wars, and more!