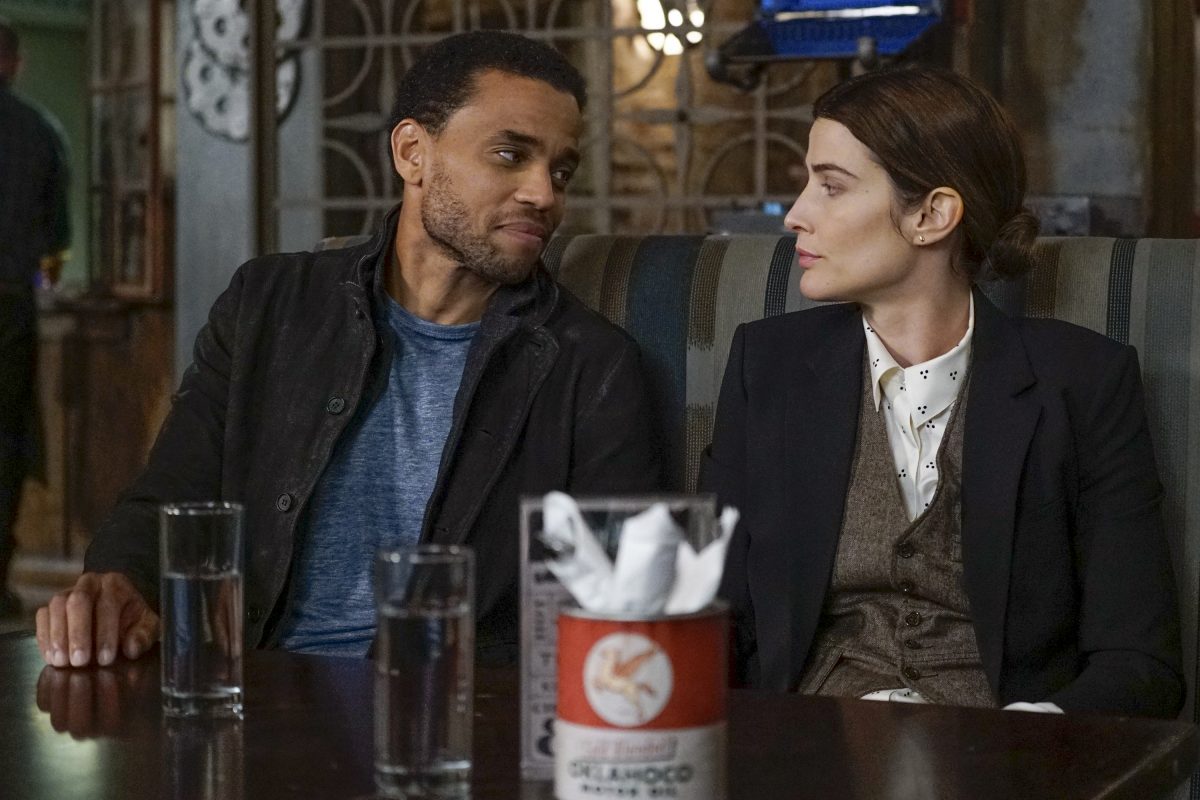 We were in a complete state of anxiety and fear over Grey and the situation he was dealing with. But he handled things well, under the circumstances. Of course, Dex wasn’t going to let him do that alone! Check out our Stumptown 1×05 Review for all of our thoughts!

We had to side with Ansel on this one, Dex looked pretty hilarious with her business appropriate outfit. We aren’t saying she didn’t look badass, because she did. We just didn’t know what to do about the lack of a leather jacket. But she combination of Dex’s professional outfit and the fact that she was running the bar for Grey really didn’t fit. There was definitely a whole look happening, we just weren’t too sure exactly what it is. 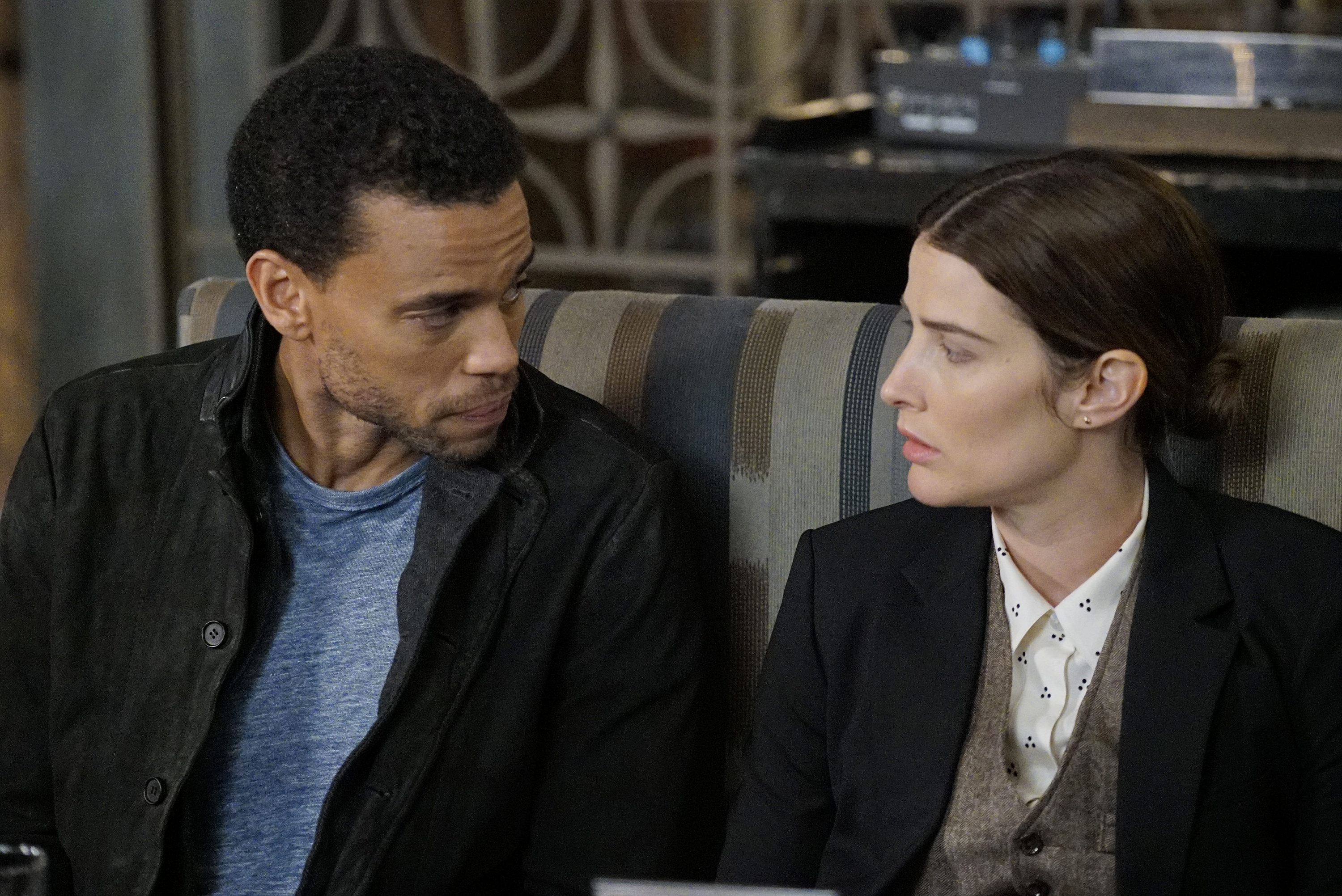 The best decision Dex made was calling Tookie in to help. Sure, he couldn’t handle all the duties Dex needed from him, but what Tookie could handle was done expertly. And really, we just loved seeing him on our screens again! Plus, this gave us an awesome opportunity to see Ansel in action. He really knew what he was doing when it came to the bar and we loved seeing him shine and excel at holding down the fort for Grey.

One thing about Dex is that she is usually surprising us. But what didn’t surprise us was that she couldn’t contain the truth about things from her certification interviewer. Her honesty and all the things she confessed were things that make her who she is. They are just a few of the many reasons we love Dex so much. Besides, we knew that everything would work out in the end and Dex would see that it’s always better to go with her instincts and admit the truth.

It was probably also refreshing for the interviewer to hear such honesty. Yes, Dex does drink, sometimes more than she should. But she never lets that stop her from taking care of her responsibilities or doing her job. And yes, her best friend is a felon, but she refuses to let Grey’s past define him adn that type of attitude will only help her excel at being a PI.

It seems like Miles and Dex just can’t stop themselves from partnering up. Regardless of what the case turns out to be, they just can’t resist seeking the other one out for assistance. Okay, so it’s usually Miles seeking out Dex for her help, but either way, we love it. The fact that these two can’t stay away from each other speaks volumes, especially given how independent Dex is and has always been. 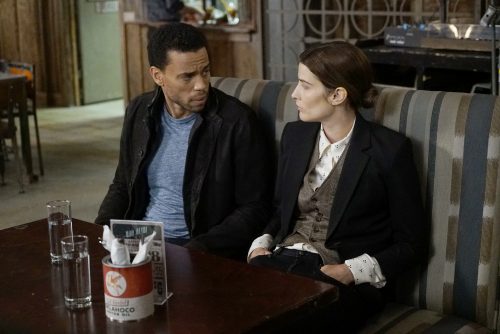 But when Dex needs someone to turn to, we love that she turns to Miles as well. She doesn’t seem to let many people in her corner and it’s obvious that the only ones that have been there for a long time are Ansel and Grey. We hope Miles realizes how lucky he is to be a part of that group.

We know Grey has been in trouble in his past, but we have never judged him for that. Granted, we didn’t really know much about what he got into trouble for. But even knowing now, it doesn’t change how we feel about him. No matter what he’s done, we know he’s a good man and he’s the one in real danger now. Miles may want to find him in order to catch the bigger fish, but we hope he actually cares about what happens to Grey as well.

Messing With A Bull

Grey’s old buddies clearly didn’t know much about Dex, but that’s their own fault for not doing any real research. Clearly not nearly as experienced as they like to act. But we love that they had no idea the knid of hell they were bringing down on their heads the moment they messed with Ansel. Because Dex brings a whole new meaning to the term protective when it comes to Ansel and his safety. But the movie, The Breakfast Club said it perfectly when they stated that if you mess with the bull, you will get the horns. That’s clearly the case with Dex and we loved seeing her kick ass! 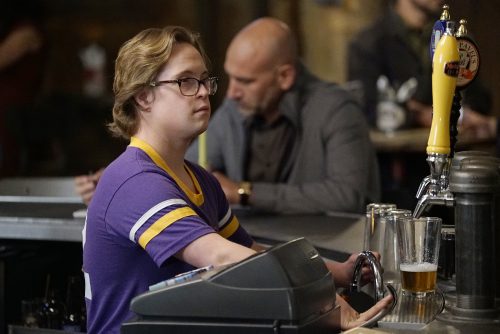 What did you think of the latest Stumptown episode? Do you see the relationship between Miles and Dex developing like we do? Where do you think things with Grey will go from here? Were you as proud of Ansel as we were? Head over to Twitter and follow us @capeandcastle to let us know all your Stumptown thoughts! Be sure to also check out our site daily for articles all about Disney, Marvel, and more!