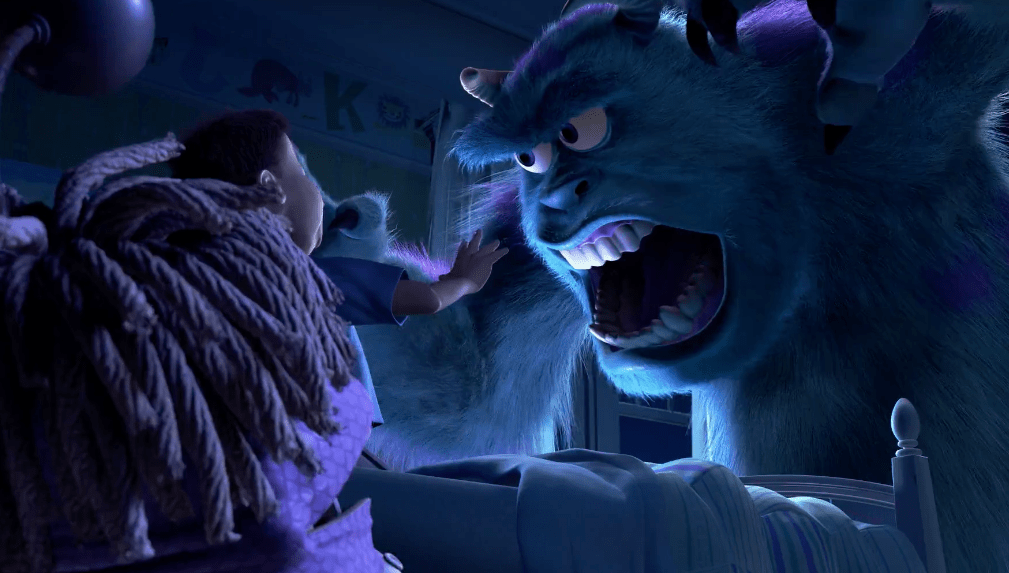 5 Disney movies to watch ʻtil Halloween

Prepare for a magically spooky evening

Ah, Halloween. That lovely day of the year both children, teenagers, and adults look forward to. It mostly consists of candy, candy, frightening costumes, candy, pumpkin carving, scary pranks, more candy, and more frightening costumes. But not only! After an abundant trick-or-treating and the oddly satisfying parade of creepy costumes, the time comes for a final moment of thrill to prolong the evening. Or even better: how about a countdown to hype you up?

And this is when we dare to step in at CapeandCastle.

Sure, the Disney universe earned its success from enchanting fairytales and action-packed superhero movies, but it also bears its lot of spooky films to watch at Halloween.

Ok, let’s be fair. You don’t watch a Halloween-themed Disney film for the continuous flow of blood and the gathering of enough traumatic scenes to haunt in your bedroom the following night. However, you do watch these to spend a happy family time with members of all ages.

Let’s put aside the cliché that Disney movies are only for children because we all know by now this isn’t true. What is a fact though is that Disney has found the magical recipe to gather children, parents and teenagers going through the turmoil of adolescence and enchant them.

So whether you’re looking for a movie to watch on Halloween night or have challenged yourself to a Halloween-themed movie binging, we think the list below will provide just what you need for the final countdown. 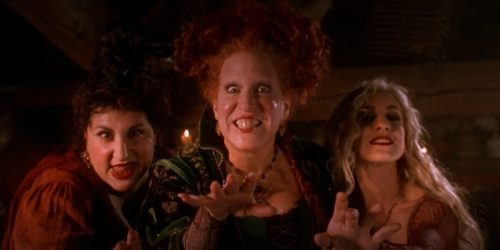 It is a legal requirement to name drop Hocus Pocus in every Halloween movie list ever. Sorry, I don’t make the rules.

I grew up watching it, and so has every millenial across the globe. The 1993 movie has shaped our childhood, increased our Disney soundtrack playlist, filled our imaginative minds with new scary scenarios and made black cats special. I never looked at a black cat the same way again — they all became potentially trapped teenage souls to befriend.

The synopsis: a young (virgin) teenage boy who has just moved to Salem accidentally awakens the spirits of three evil (and fun!) witches who need to feed on the soul of young children before the end of the day if they wish to return to the living world and become immortal.

It is scary enough to be thrilling and it is funny. You may want to watch for the sake of nostalgia or be kind and offer a child the chance to discover this timeless masterpiece.

Coco is the 2017 Pixar movie that will forever change your perspective on Halloween.

It never fails to tug at my heartstrings…then goes on to play a frenzied solo with them.

The synopsis: Miguel is a Mexican boy who dreams of becoming a singer despite his family’s strong opinion against it. On Dia de Los Muertos, Miguel finds a photograph which suggests that his grandmother Coco’s father is the famous singer and actor Ernesto de la Cruz. After breaking into the celebrity’s vault, Miguel is thrown into the world of the dead where he will come across several members of his family and a lone roamer called Héctor.

Putting my History hat on just for a minute. Halloween is derived from the Catholic festival All Saints’ Day celebrated on November 1, which is itself derived from the pagan Celtic festival called Samhein. Samhein was a day of transition between the end of the harvest and the beginning of winter that was associated with death.

Regardless of the culture and time, Halloween stems from the belief there is a powerful bond between the living and the dead and relies on the theme of remembrance. In Mexican culture, the holiday is called Dia de Los Muertos (translates as Day of the Dead) and is celebrated on November 2. Usually, families go to the cemetery and commemorate the deceased with an altar (called ofrenda) filled with photographs, food and other gifts as offerings to them. This is a time of remembering the departed by sharing anecdotes and other stories about them.

Coco is an emotional journey across that Mexican holiday. And wow, what a roller-coaster! If you have not cried at least three times before the ending credits begin to roll then you officially have no soul. It is an unforgettable adventure to embark on and one that will make you look at Halloween differently. 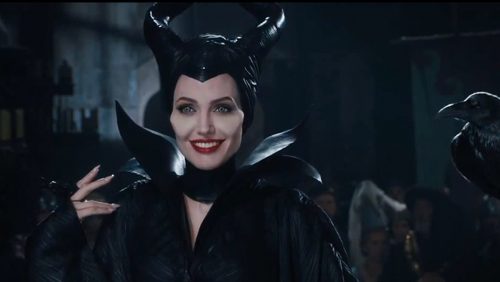 If you like a dark retelling of classical tales, then Maleficent is the movie for you.

The sequel Maleficent: Mistress of All Evil, which has just hit the theaters (check out our review), is already a success. And that’s quite an achievement considering how the first opus had set the bar very high.

So for those of you who have not given the 2014 movie a chance —or those who have been impatiently waiting for the second installment—, now is the perfect time to (re)play it on your screen!

The synopsis: before being known as the Mistress of All Evil and long before Princess Aurora, Maleficent was a fairy destined to a promising future. But alas, cruelty begets cruelty. This is the unknown tale of the most wicked Disney villains.

Maleficent is a surprisingly enchanting movie whose eponymous hero and her daunting origin story will give you enough thrill for a successful Halloween movie night. 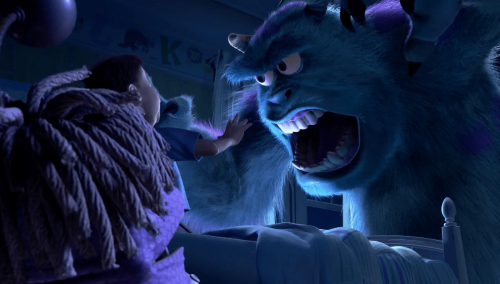 Another Pixar movie that will hit you right in the feels.

The synopsis: In another world, monsters rely on children’s fear — and most specifically their scream— to power the city. It has become a thriving business and a sport at which Sullivan excels. One day however, the monster unknowingly brings back a clingy little visitor; the girl whose closet is regularly haunted.

If after watching Coco, you feel like shedding some more tears, then look no further. The characters are hilarious and so endearing (looking at Boo) and the movie feels like a journey back into childhood. Monsters Inc. cleverly revisits the classic ‘monster in the closet’ trope and teaches you that happiness is a far more powerful feeling than fear. Yeah…I guess that’s a pretty good Halloween send-off.

The Nightmare Before Christmas

The synopsis: The film follows the misadventures of Jack Skellington, Halloweentown’s beloved pumpkin king, who has become bored with the same annual routine of frightening people in the “real world.” When Jack accidentally stumbles on Christmastown, all bright colors and warm spirits, he gets a new lease on life — he plots to bring Christmas under his control by kidnapping Santa Claus and taking over the role. But Jack soon discovers even the best-laid plans of mice and skeleton men can go seriously awry.

A timeless classic, it holds up in 2019. It still looks absolutely stunning and has some of the best Disney songs you’ll ever hear. It’s funny, creepy, and inspiring altogether. It’s also one of the best Tim Burton films out there. If you haven’t made The Nightmare Before Christmas a tradition this time of year already, you should probably start so. 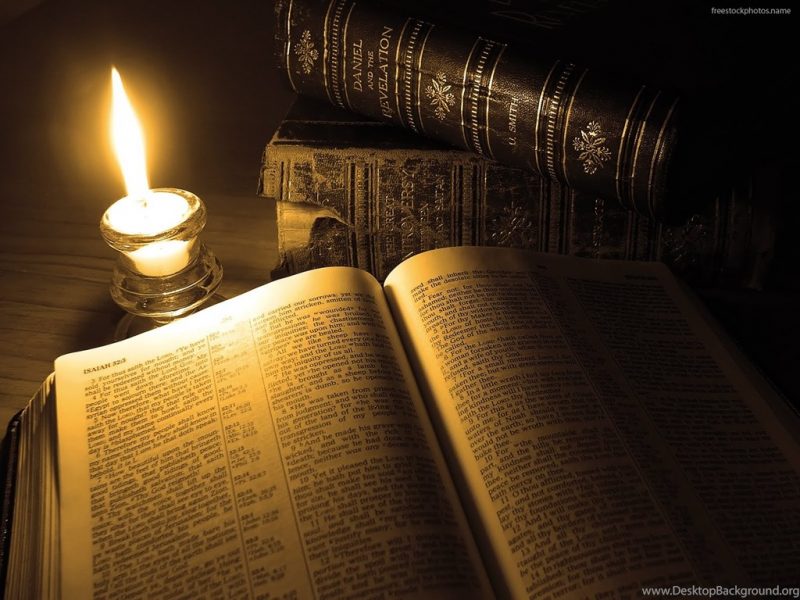