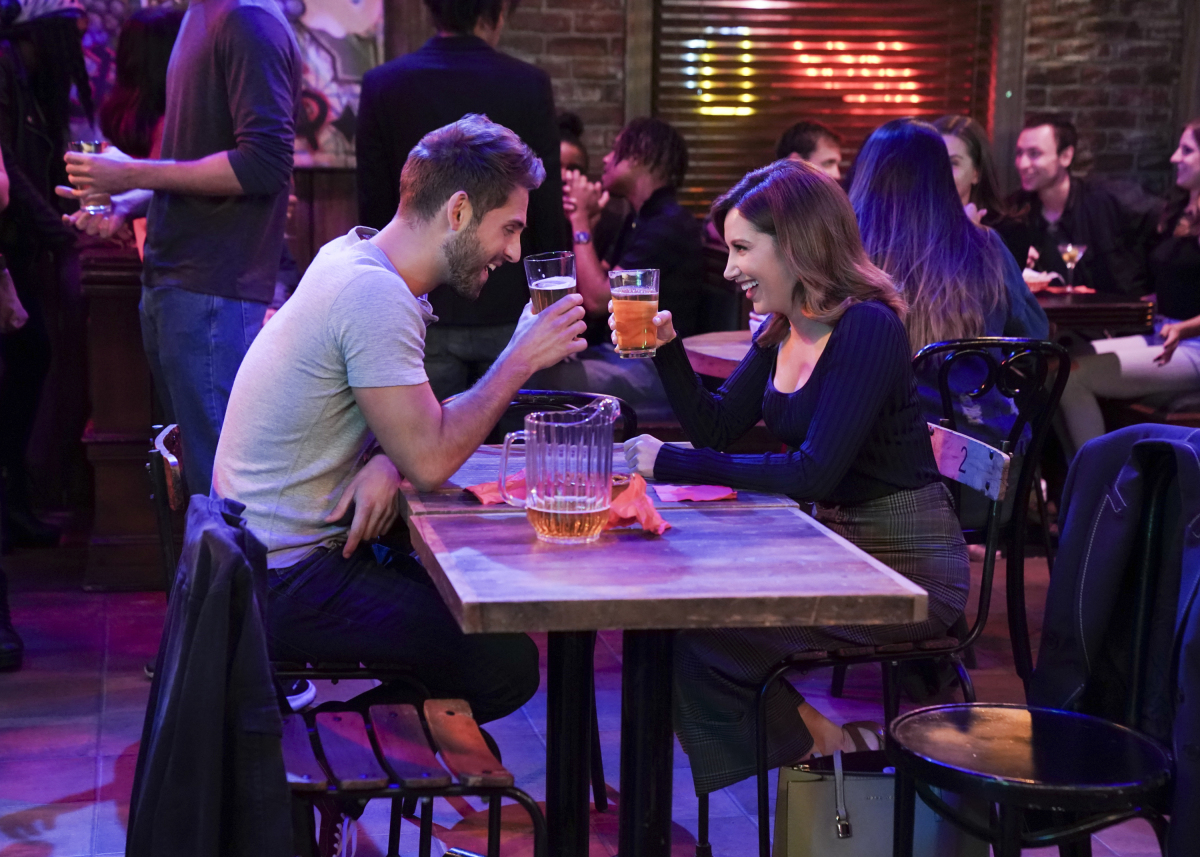 Carol was on her own as she took on her first solo night shift! And in typical Carol fashion, she was loving the idea of the challenge and spending some more time with Dennis. Then we had Jenny and Daniel getting even closer, causing us to grin in excitement! Keep reading for our Carol’s Second Act 1×05 review!

Carol really seems to have the instincts, something we have been continuously learning about her. But she tends to doubt herself, which had us more thankful than ever about Dr. Frost helping her out. Could it just be us or is there a bit of chemistry happening between Carol and Stephen? We think yes, but that doesn’t necessarily mean we think anything could happen. Mostly because Carol’s main focus is exactly where it needs to be right now, and that’s on getting through her residency. 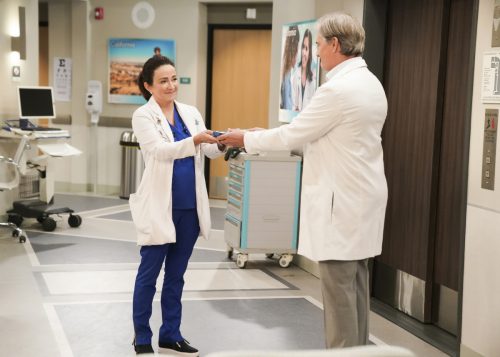 Once Carol got her groove, she was able to handle the situations thrown at her. Without calling in Maya for backup. But Carol made the right call when it came to a suspicious-looking EKG. As much as she didn’t want to, and as much as Maya deserved a night off, Carol did the right thing by calling Maya in for help. And Dennis was more than willing to let the other interns know about how amazing Carol did, especially because she called Maya in.

Love is in The Air

The chemistry between Daniel and Jenny hit an all-time high when Jenny took the interns for a night out. While Jenny started out trying to help Caleb, Lexie, and Daniel getting dates, turned into something else entirely. The night turned into Caleb and Lexie vying for the same woman’s attentions and Jenny and Daniel commentating.

But it was the way the night ended that left us hopeful for the future of Daniel and Jenny’s romantic future. More than hopeful, really, if the looks they gave one another at the end of the episode was any indication. Though we are a little worried about what Carol may think of the couple. She did make a point to say when she first introduced Jenny to the group that none of them could pursue her. Which is why we really didn’t blame Daniel when he told Carol there was nothing to report.

While Lexie and Caleb were both able to go home with someone, their nights did not exactly turn out the way they planned. We were hoping that Lexie would at least have a good time. Mostly because Caleb’s night seemed doomed as his date just wanted his medical expertise. But we found ourselves cringing in sympathy for both Caleb and Lexie when they revealed that they not only diagnosed the two women they took home with ringworm but also their dog. Yikes. 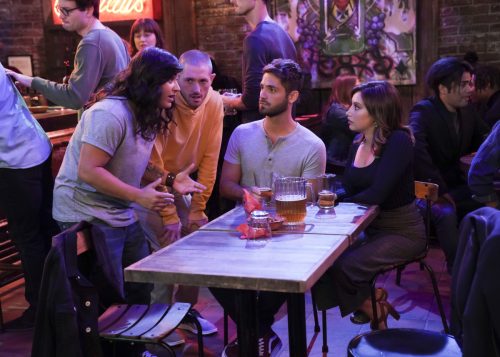 What did you think of this episode? Do you think that something will really happen between Daniel and Jenny? If it does, do you think Carol will object or be happy for the two of them? Is there something more happening between Carol and Stephen? Are Maya and Carol going to start getting along even better? Find and follow us on Twitter @capeandcastle to join the Carol’s Second Act conversation! Be sure to also check out our site for more articles on all things Disney, Marvel, Star-Wars and more!