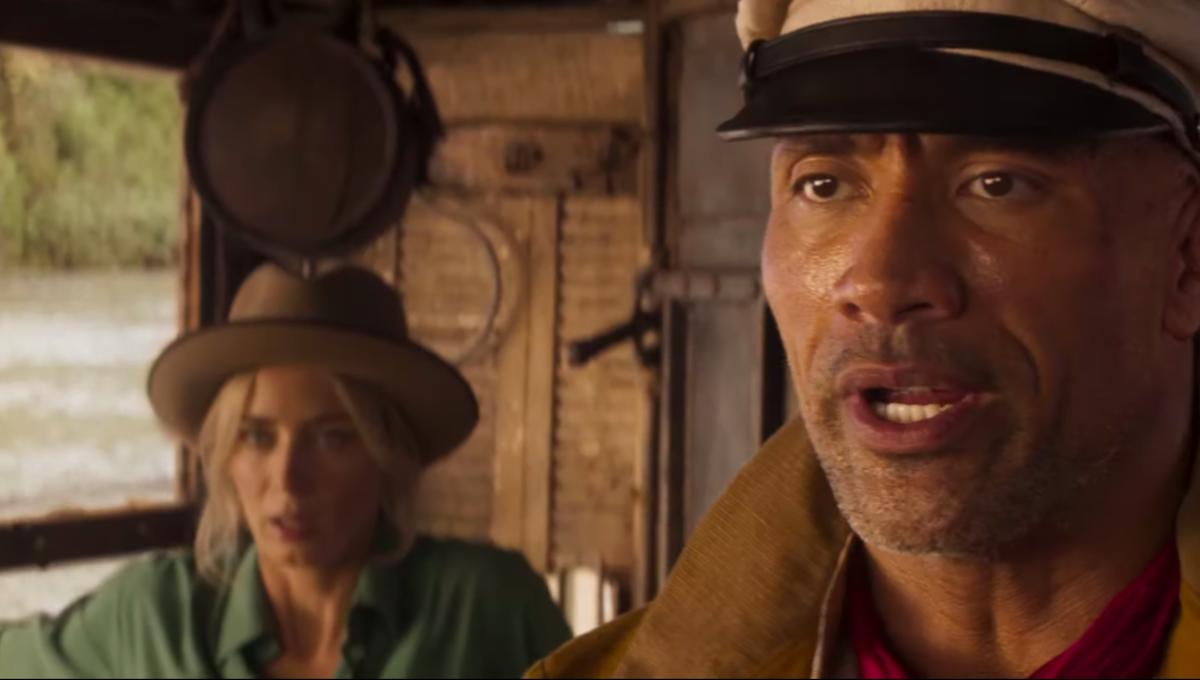 Ladies and gentlemen, the moment you’ve all been waiting for: the first, full-length trailer for Disney’s Jungle Cruise!

Ever since the D23 Expo in August, we’ve been dying for Disney to release the trailer so that the rest of the world (you) can geek out with us. Now, you finally can!

The upcoming, live action movie seemingly pays homage to the pun-filled Adventureland attraction—which has actually been around since Disneyland Park’s opening day on July 17, 1955—with charging hippos, deadly piranhas, spear-wielding headhunters and the famed “backside of water”. But the film is much more than just a cheap riverboat cruise down the Amazon River with humorous narration—it’s thrilling. 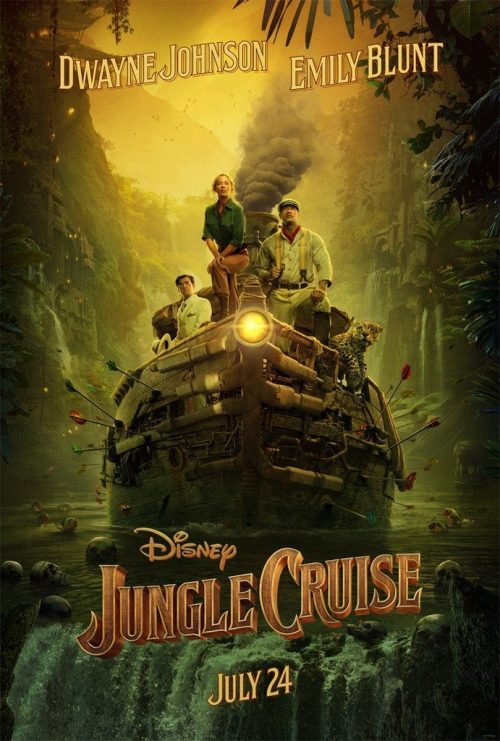 Dwayne Johnson, who voiced Maui in Moana, stars as Frank Wolff, a skipper of the Jungle Cruise. His on-screen half, Emily Blunt (Into the Woods and Mary Poppins Returns), plays Dr. Lily Houghton, an intrepid explorer who hires Frank to provide her passage into the Amazon in search of a fabled tree that possesses unparalleled, healing powers.

Jungle Cruise drew inspiration from Raiders of the Lost Ark, as well as Indiana Jones, himself. Johnson, who is also a producer of the film, describes Blunt’s character as a “female version of Indiana Jones”.

“We were just so moved, so honored to be in a movie like this because we both grew up just madly in love with Indiana Jones and obsessed with those kinds of movies,” Blunt said during the D23 Expo. “To be part of something like this, with this same spirit, makes my heart race.”

“We wanted to make a movie that was big, that was epic, that had romance, big comedy, big action,” Johnson said at the Expo. (Romance, he says? Great, because you already know that we’ve boarded the Frank and Lily ship.)

If you’re just a big a fan of the Pirates of the Caribbean saga as we are, you’ll be impressed with the swashbuckling Jungle Cruise. “Johnny Depp raised the bar with Pirates of the Caribbean,” Johnson said on Instagram. “Now it’s our turn at bat to take an iconic Disney attraction and hopefully turn it into something dope and cool.”

From what we’ve seen so far, we already think it’s dope and cool.