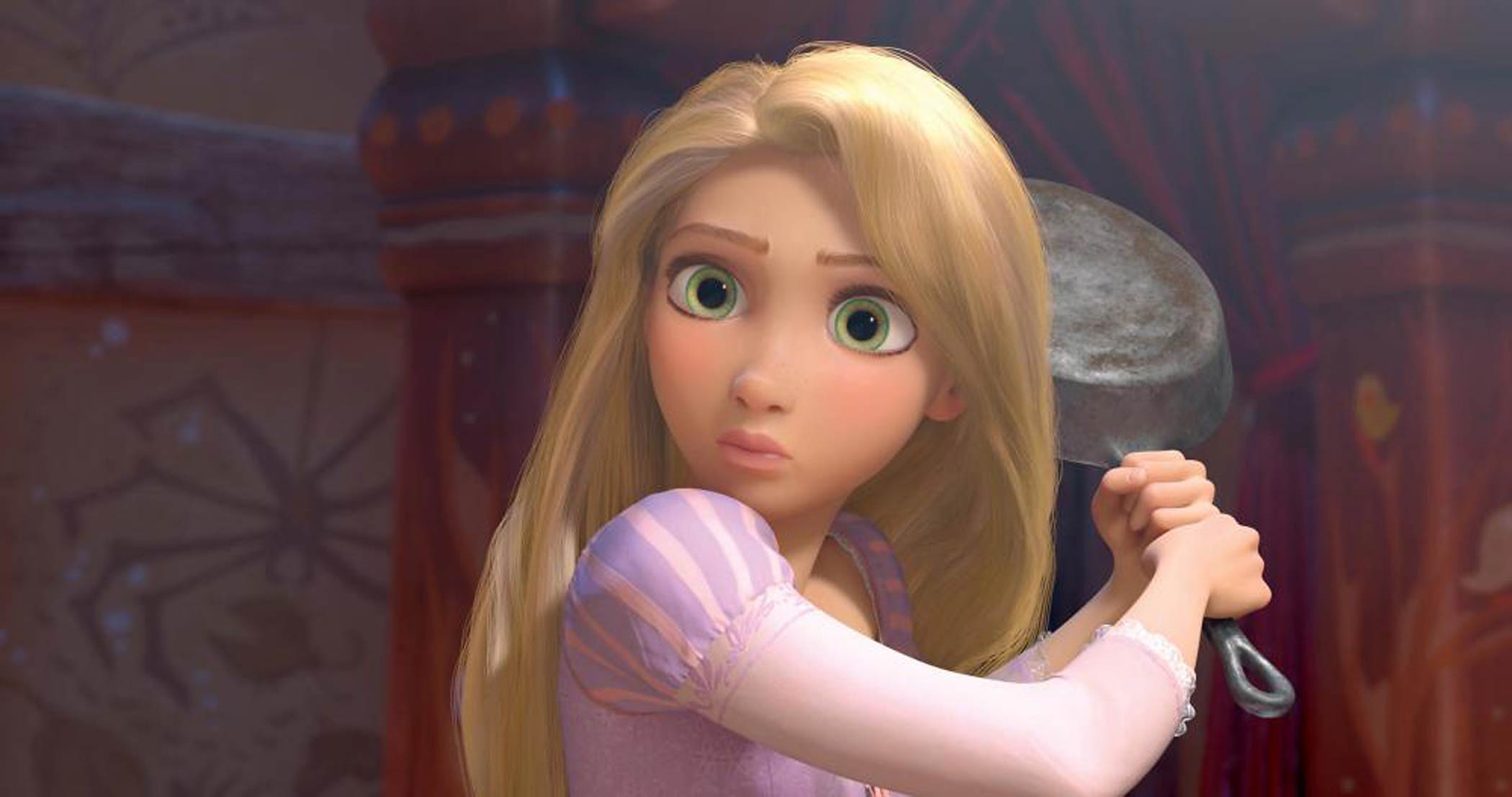 ‘Tangled’: 4 Reasons Why Rapunzel is a Great Role Model

Whether you’re a Disney fan or not, you are aware of Disney princesses. Every girl has a favorite – or, if you’re like me, you have several – but I’m going to talk about one special Disney princess who’s very close to my heart. Her name is Rapunzel and I’ll share with you why I think she’s an amazing role model for boys and girls of all ages.

For the majority of Tangled, Rapunzel has no idea that Mother Gothel kidnapped her as a baby and was manipulating her to keep her hostage. If she did, she probably wouldn’t have such a sunny disposition. Within a handful of minutes watching the movie, one can see that Rapunzel is a little silly, inexperienced, energetic and well-read. Basically, she’s the personification of adorableness.

Some might say that her positivity is a defect, but I believe it’s a strength. When you consider Rapunzel’s situation, you realize she has a lot of mental fortitude for someone who has stayed in a tower for eighteen years. Some people would crack and go crazy, but she doesn’t. She’s a little melancholy at times since she isn’t able to go outside, but manages to entertain herself by playing hide and seek with her pet chameleon Pascal, doing chores, sewing, reading books and painting.

Rapunzel is been repressed because of her surroundings, but she is a very well-rounded person with a creative mind. Mother Gothel is there so she isn’t completely alone, but we must remember that this woman is an abuser and although she raised Rapunzel, she only cares about her hair.

What’s interesting is how Rapunzel has a desire to leave the tower, but she’s never left it because she’d been conditioned to believe the outside world was dangerous. Long-term manipulation and abuse does a lot to frighten and hold a person back and she is no exception.

When she finally does leave, she’s a bit scared, but after she takes that first step, it’s like she becomes even more alive. She starts to sing, laugh, shout and rolls around in the grass. Rapunzel is so joyful and full of happiness that it’s infectious to watch. We need more characters like her in cinema.

Rapunzel wants to go to the sky lantern festival that happens every year on her birthday. She asks Mother Gothel if she can only to be patronized and insulted by her. However, telling the girl that she’s not allowed to leave the tower does nothing to stop her.

After she detains and questions Eugene, they have a discussion and end up making a deal. Eugene will take Rapunzel to the festival and in return, she’ll give him the satchel which contains the tiara he stole from the castle.

At one point on their journey, they meet a lot of rough guys at the Snuggly Duckling bar in the woods and Eugene is about to be turned over to the authorities until Rapunzel pleads with them to let him go.

She sings about her dream to see the sky lantern festival. Her innocence and openness touches the men and they join her as they sing about their dreams. In this scene, Rapunzel appeals to thugs and bandits and warms their hearts with her earnest song, which causes them to let she and Eugene escape.

This moment pairs well with the scene where she manages to get Maximus and Eugene to work together. Eugene is a criminal and Maximus wants to take him back to the castle so he can return the stolen property and be punished for his crimes. Rapunzel understands, but sweetly asks the horse to let Eugene take her to the sky lantern festival first.

The horse is against it from the start, but in the end, he’s unable to resist such a gentle soul.

Rapunzel is someone who brings others together in unity, even those who are enemies or at the very least, dislike each other. That is the sign of a person who has a good heart and it’s also an aspect of maturity and wisdom that many people in this world wish they possess.

She keeps her promises

Prior to meeting Eugene, Rapunzel doesn’t have experience with deceitful people – except Mother Gothel and she doesn’t find this out until much later – so she’s more trustworthy than the average person.

The phrase ‘My word is my bond’ comes to mind when I think about her because it relates to her character so well. Rapunzel is innocent and trusting the way that a child is, but she’s mature enough to not say or do something unless she truly means it. She keeps her promises no matter what. This is particularly evident towards the end of the movie when she gives Eugene his satchel.

She not only trusts him, but has also fallen in love with him. Even if she hadn’t, you know she would’ve still given him the satchel because a promise to her is very important.

Rapunzel is the first Disney Princess I’ve seen who actually stresses how a promise is a good thing, meant to be honored in every situation. For her, a promise is something not to be broken and that’s a sign of integrity on her part.

I’d argue that she’s the most pure princess we’ve even gotten in a Disney film. Rapunzel’s maturity about trust and honesty in a world where people lie and manipulate others for their own gain is a breath of fresh air. We can all learn from her.

Toward the end of Tangled, Rapunzel discovers that Mother Gothel has been lying to her and that she is the lost princess. This revelation makes her more steely than we’ve ever seen her and she informs her ‘mother’ that she’s leaving the tower for good. It’s a mark of character growth that Rapunzel can stand before this woman who has emotionally abused her for years and tell her that she’s not going to control her life anymore.

Unfortunately, Mother Gothel ties her up and prepares to take her somewhere that she’ll never be able to escape. Eugene comes to rescue his love, but is stabbed by Mother Gothel, who proceeds to drag Rapunzel away and let him die in the tower.

The young woman fights against her binds and swears that no matter where she is taken, she’ll always try to escape. Mother Gothel’s only option is to allow Rapunzel to heal Eugene’s injury and in return, she will give up her freedom, living as a caged bird for the rest of her life.

By saying this, Rapunzel makes a promise that would break her spirit and crush her heart. She’ll never see Eugene or the outside world again and she’ll never touch the earth with her feet. It’s a frightening promise for anyone to make, but Rapunzel is resolute in this and we know why.

This is the power of love. To sacrifice your own happiness to save someone who’s life means so much to you. She was already a woman of strength before, but the love she has for Eugene makes her stronger and braver.

Rapunzel is a unique heroine in modern films and I think she’s a character that everyone can relate to. The story is uplifting and deep and in my opinion, it’s one of Disney’s finest animated films.