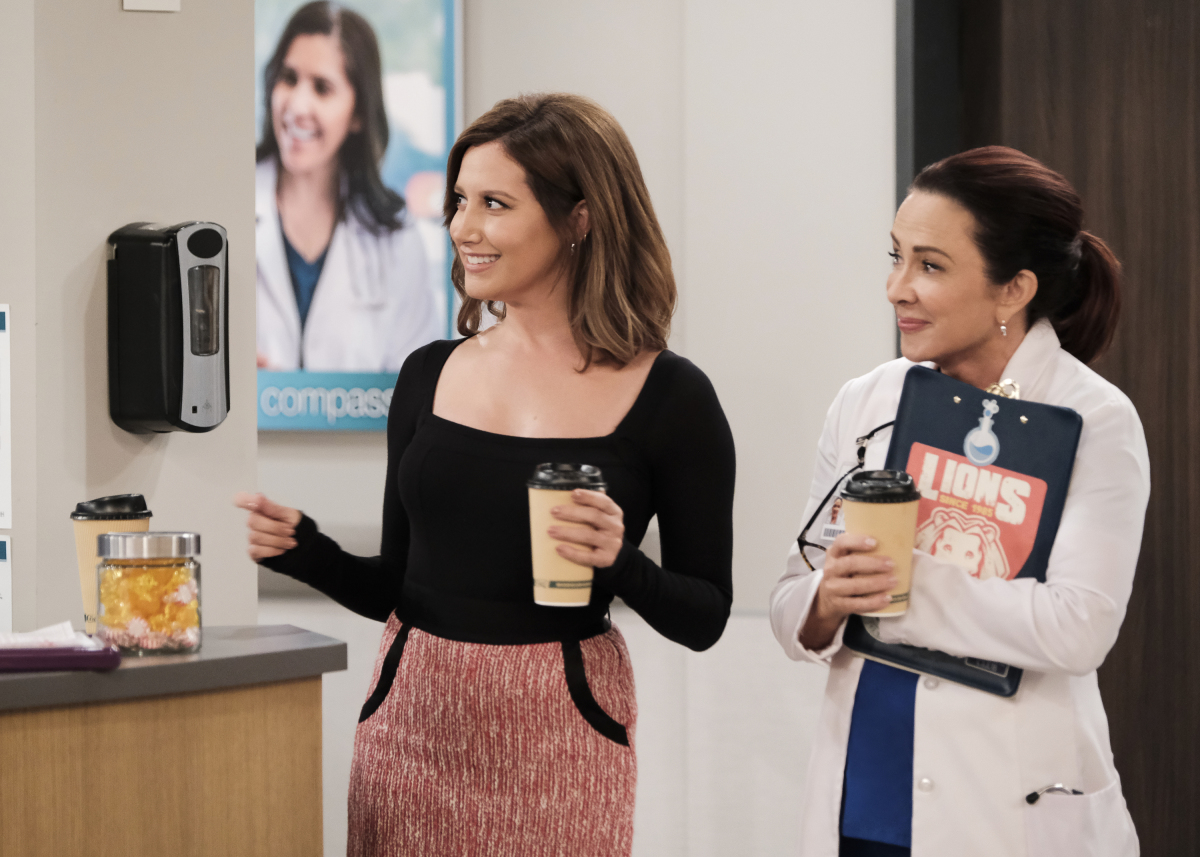 This episode had Carol once again proving her experience brings something unique to the table and adventure in becoming a doctor. We also got to see a bit more of Jenny and see that Daniel isn’t perfect at everything. At least not yet! Keep reading for our Carol’s Second Act 1×02 review!

We may be biased because we are such huge fans of Ashley Tisdale, but we just need to see more of Jenny. Plus, we love the dynamic between Jenny and Carol and definitely need more of that. They seem to have a quirky and fun relationship that we can’t wait to see more of. It’s also refreshing and fun to see a mom who has to learn from her daughter. Jenny obviously knows what she’s doing and it will be interesting to see Carol going to her for advice. 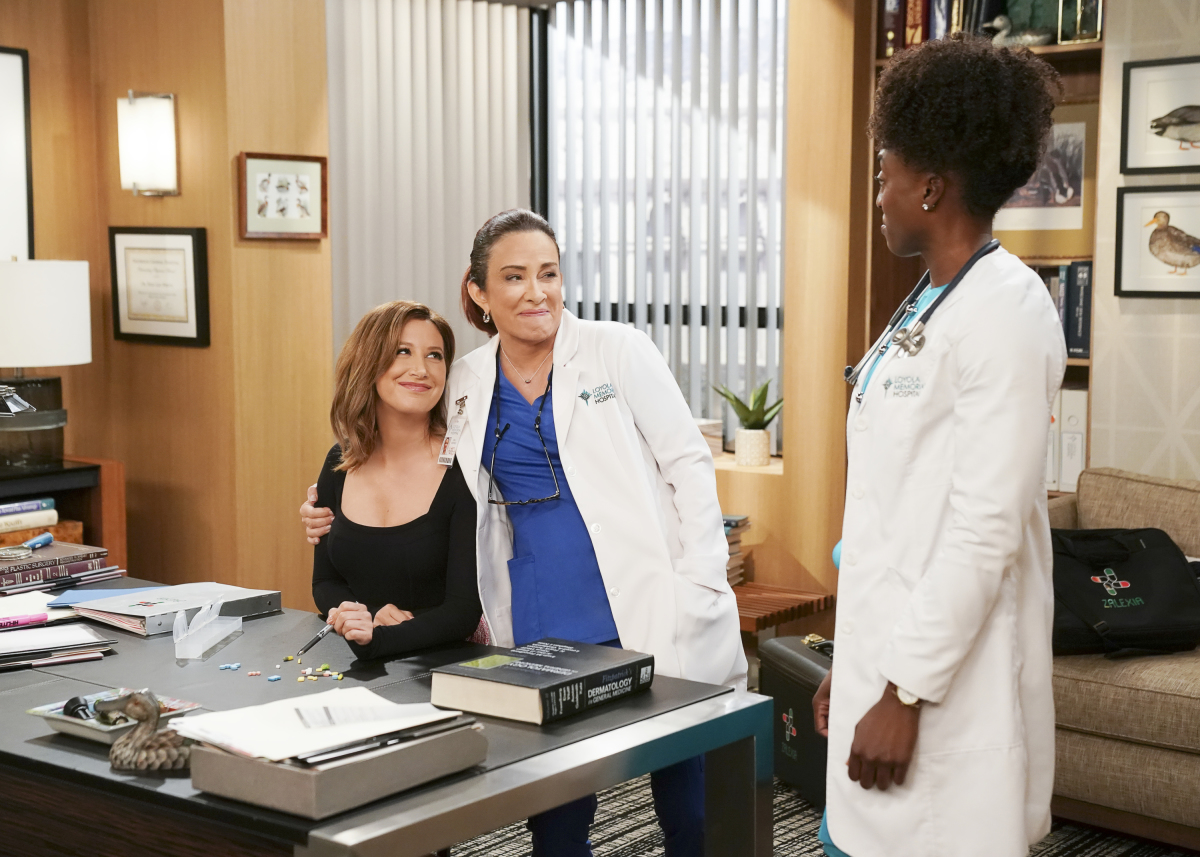 We would also be lying if we didn’t say we were pretty interested in Jenny’s love life. Because we were sensing some serious sparks between her and Daniel. Yes, even after an interaction that lasted less than thirty seconds we are telling you that we ship it. We could be completely off base, but we just love the idea of these two starting a romance.

We Need The Love

Speaking of romance, we’re very interested in seeing all of these characters experience a bit of it. We think something could easily begin brewing between Carol and Dr. Frost. We’re also curious about what Maya’s romantic situation is and if there is a possibility of something happening between her and Lexie. They seem to be polar opposites, but that’s exactly what we think could bring them together.

Are we reaching on at least a few things here? Yes. Yes, we are. But we are absolutely shippers at heart here and we just can’t help ourselves. We have a tendency to see romance everywhere and we love jumping aboard new ships. We’re sure anyone who reads our articles knows that about us but we just thought we would remind you.

Sure, all of our interns have gotten this far and are officially doctors, but that doesn’t mean they remember everything. Though we do have to wonder why it seems to be a common stereotype that doctors don’t know how to draw blood. Why is this the most commonly forgotten skill when it seems to be one of the most important? It’s been portrayed so often, it has us wondering if it’s really a common occurrence? 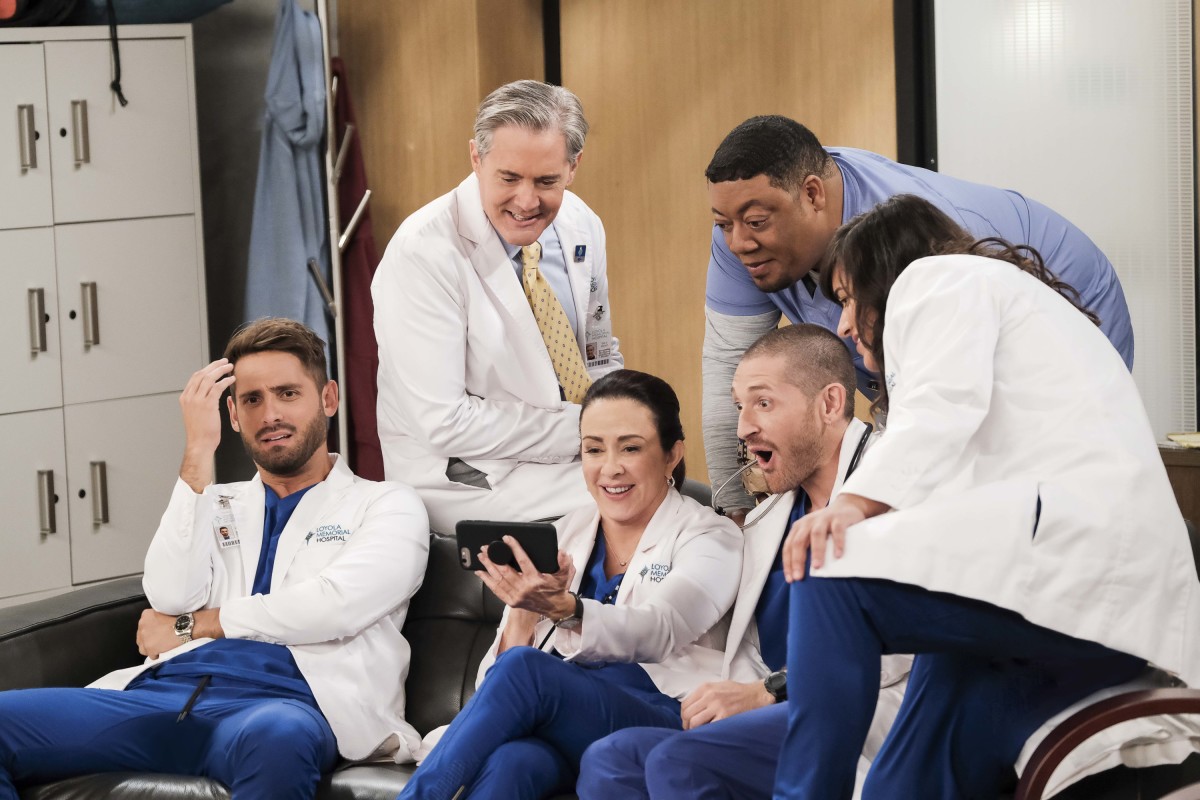 We can’t imagine even going to medical school in the first place, much less attempting to learn all the necessary skills and retaining that much information. But these interns have done it, so if Daniel needs a little extra help learning how to draw blood, just help the man! Are we also just a little biased in his favor? Yes. But this is also something we aren’t ashamed of.

We got to see Carol team up with Caleb this week and it was magical. We really love the way these two work together. But this also meant that we got to see Lexie and Daniel team up and that was also a pleasure to see. So far, Lexie has proven herself to be wildly intelligent and know just about every answer she needs. It was nice to see that even Daniel needed her help this time around! We love these new duos and can’t wait to see the team-ups in the weeks to come.

What did you think of this episode! Head over to Twitter and follow us @capeandcastle and let us know your thoughts! Be sure to also check out our site for more articles on all things Disney, Marvel, and more!