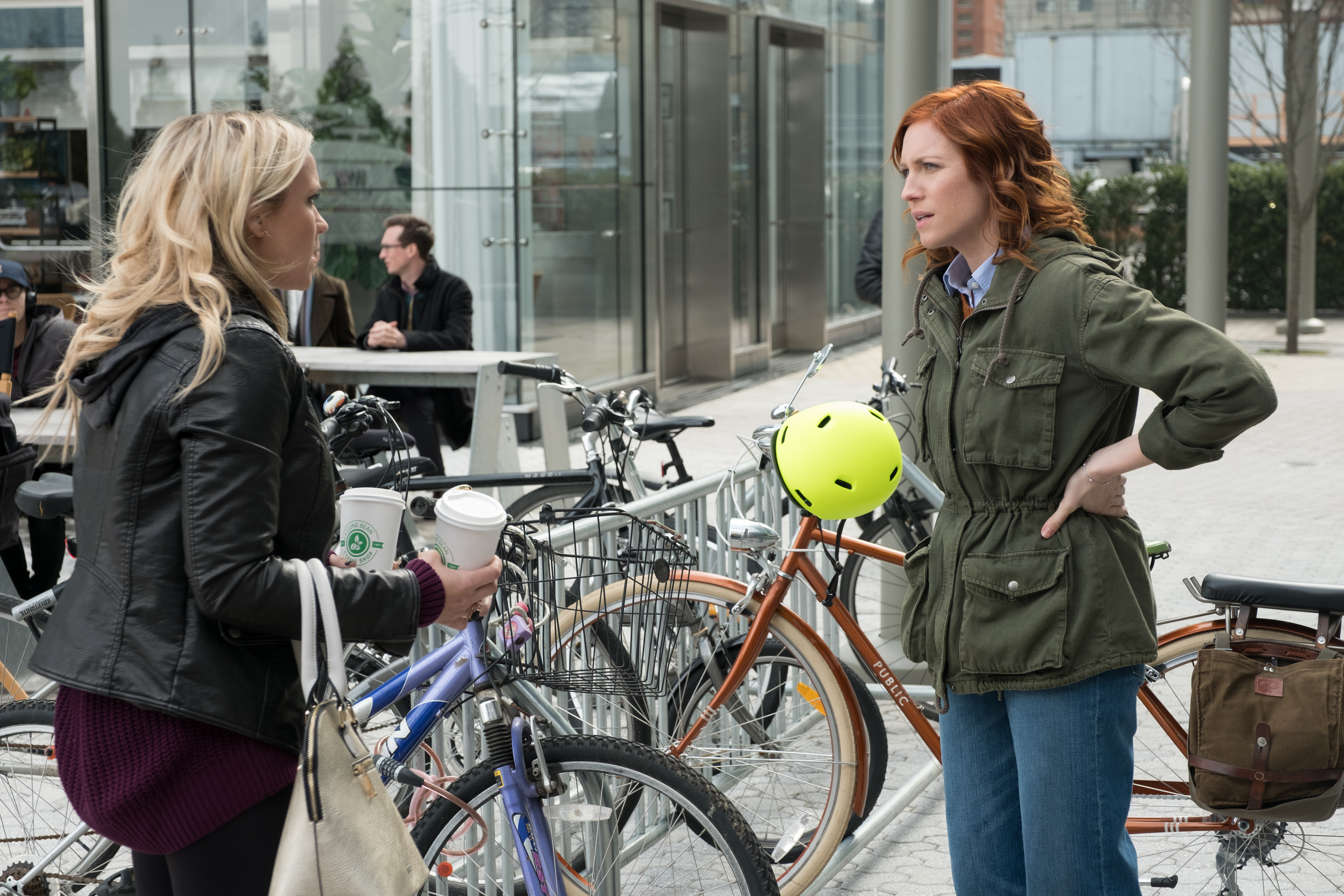 The premise of this show already had us intrigued. Then the promos began coming out and we found ourselves wanting more! The characters seemed so completely mismatched that our anticipation for this episode was off the charts! So check out our Almost Family 1×01 review below for our thoughts!

Julia came across as having it all, as did Edie. But Julia only took about five seconds to reveal to us that she clearly has some anxiety and we immediately felt connected to her character. Needing to down a glass of wine before speaking to a crowd of people? Yeah, we feel that. Edie is as classy as they come but she also seems a bit tense. We also have to agree with Edie’s mom about her marriage seeming a little forced. 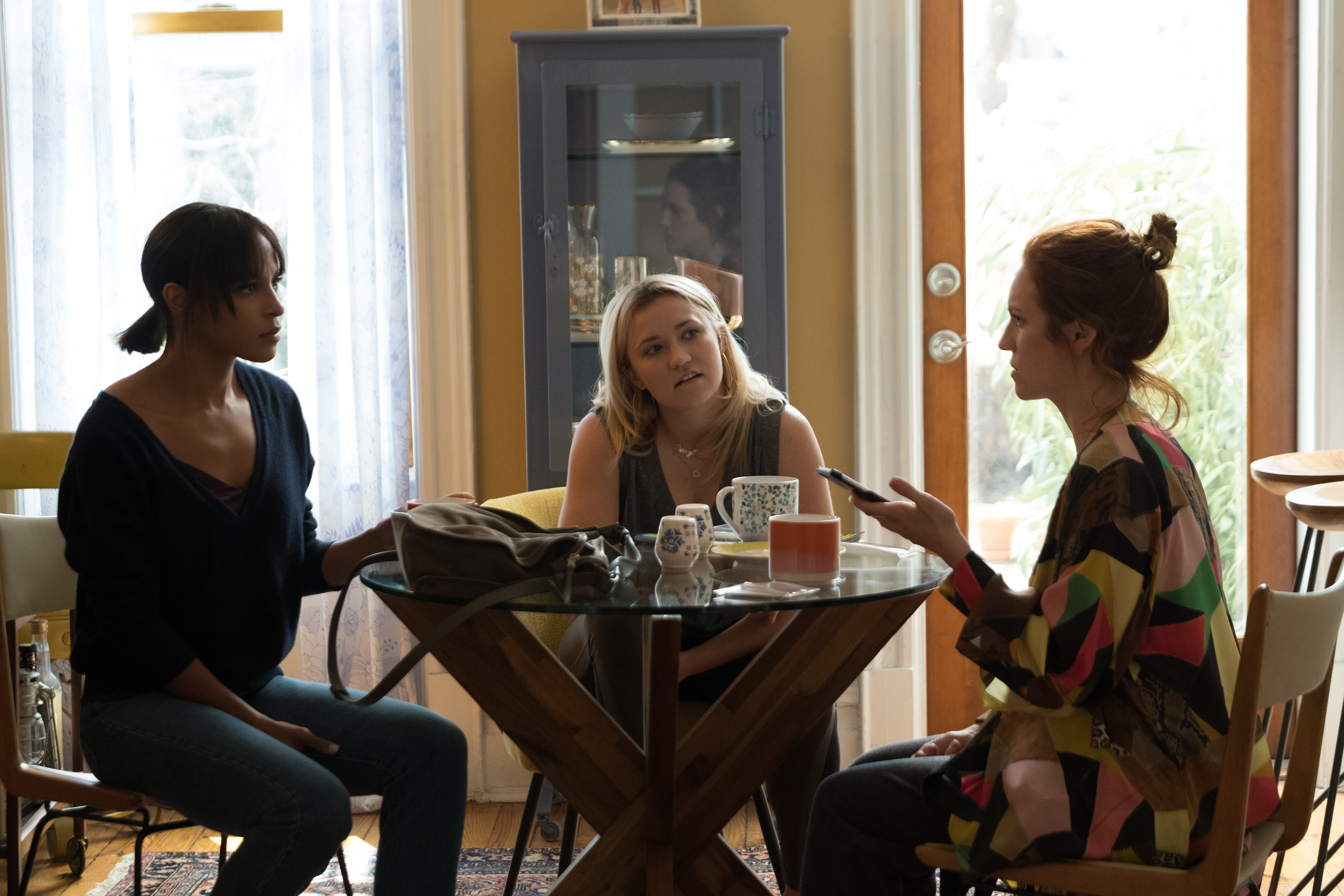 The character we find ourselves extremely invested in, possibly more than the others at the moment, is Roxy (Emily Osment, Disney’s Hannah Montana and Freeform’s Young & Hungry). She definitely doesn’t have her life together and seems to be the only one excited at the prospect of having family out there that she had no idea existed. But she’s also brutally honest in the best way possible and we are beyond excited to watch her journey.

The amount of emotional conflict these women have to face is something we can’t even begin to understand. But watching three sisters come together in the face of what we would definitely call a traumatic event is something we can get. One thing we know for sure is that this journey, while it clearly isn’t going to be easy, is going to be one hell of a ride.

Life Gets You Down

Roxy’s parents are a poor excuse for the term and we greatly dislike them. We almost consider them more villains than Leon. We said almost, don’t worry. But we definitely think the three of them could sit down and have a great time together. Regardless of where Roxy would have ended up, we don’t think it could possibly be worse than where she was already at. It’s clear that her parents are toxic people and they basically said she was just a paycheck to them. 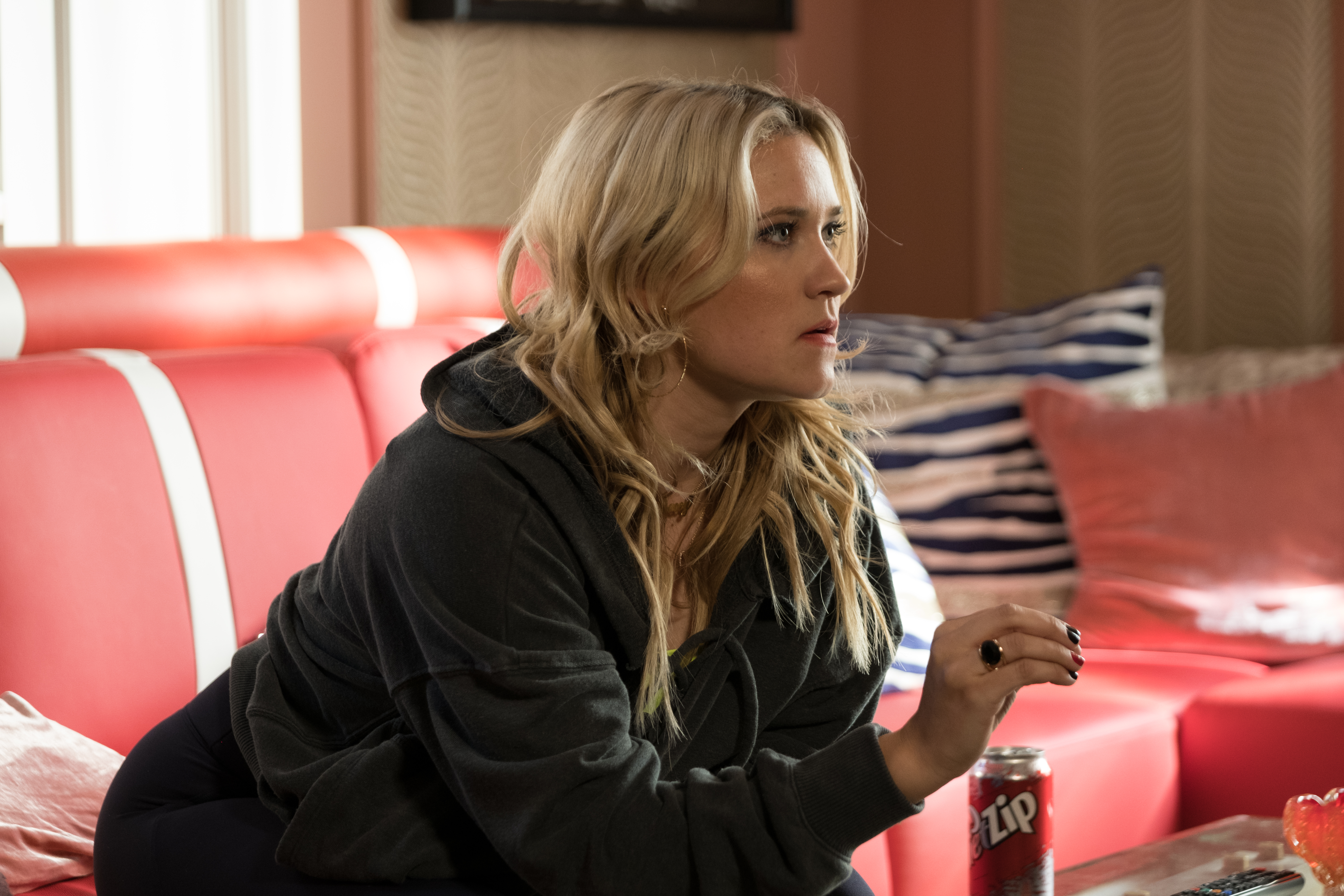 Maybe sisters are exactly what Roxy needs. Honestly, it seems to be what all three need. Even though Edie and Julia grew up together and probably know each other a little better than they want to, we still believe they need each other. Regardless of what they think or want, the fact remains that they are siblings and that isn’t something that’s going to change, so they’re going to have to learn to accept that. May as well do so in a way that gives you people you who you can trust and count on. Shoulders you can cry on.

While the emotions are extremely high, raw, and all over the place, we find ourselves more than just a little invested. We want to see Edie, Julia, and Roxy find their way to each other and find their paths in life. We want to see them successful and happy and we are absolutely sure that the journey is going to be beautiful and have us in tears on multiple occasions. This episode alone had us feeling all the emotional highs and lows one can expect from a roller coaster.

Overall, we loved what we saw and we are already anxious for more. We love the cast, characters, and the individual storylines that make those characters so much more than what they seem on the surface. If you loved this first episode, be sure to head over to Twitter and follow us @capeandcastle! You can also check out our site for more articles on all things Disney, Marvel, and more!