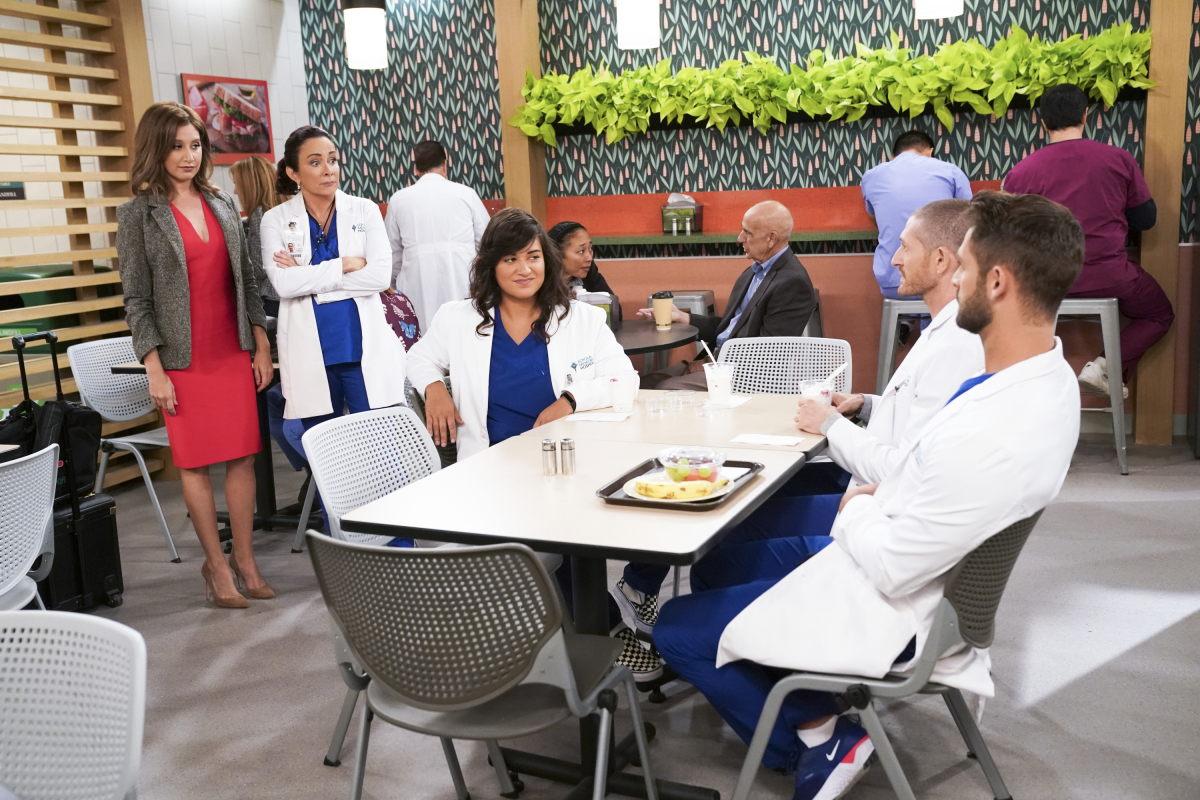 If you miss Scrubs, this show should make you pretty happy. We were in love within the first two minutes and that feeling only improved as the episode went on. We can’t wait to see what characters we meet next and how the characters we’ve already met will develop! Check out our Carol’s Second Act 1×01 review below for more!

We’ll be the first to point out that Carol is far more enticing than we thought she would be. But that could be due to the type of character we saw Patricia Heaton play before. We can’t be the only ones that weren’t huge fans of Debra, right? But Carol seems like the cool mom that you want to hang around. The one all your friends call mom. 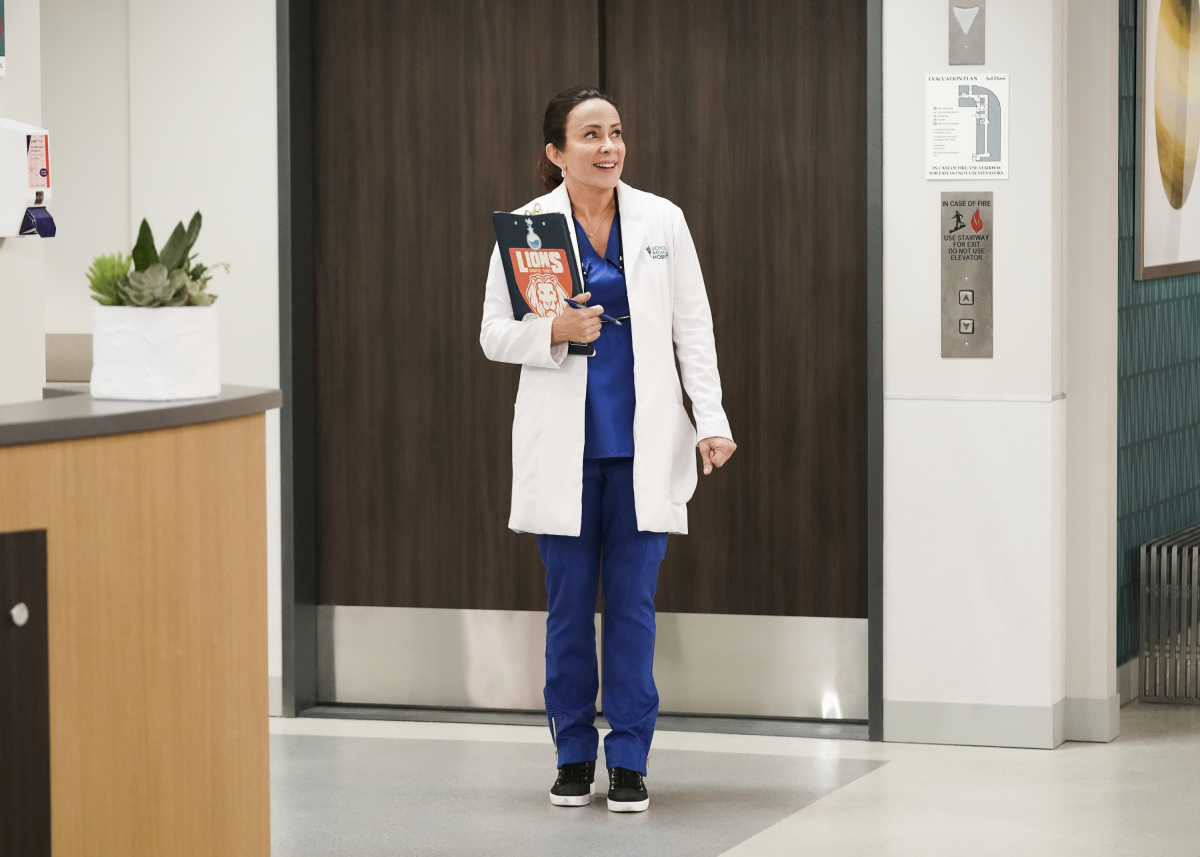 Caleb (Lucas Neff, DisneyXD’s Big Hero 6: The Series and Disney Plus’ upcoming Monsters at Work), Daniel (Jean-Luc Bilodeau, Freeform’s Baby Daddy), and Lexie came off as shallow characters at first. But it didn’t take long to see that there is a lot more to each of them below the surface. The comedy was refreshing and the amount of heart in the story is enticing and definitely provides those feel-good emotions we look for in our shows.

We went into this pilot completely expecting a simple comedy. One we could just sit back and relax without thinking too much about what was going on. We had the full laugh track happening and everything! But what we got was so much more and it was a wonderful surprise. Between the laughs and the silly situations, there was a lot more substance to the situations happening.

We went from laughing at Carol and her antics and Daniel referring to himself in the third person to crying about the patient’s condition. It just wouldn’t be a realistic show if they had it set in a hospital without having at least a small amount of serious undertones. But it would also be very easy for it to become a medical drama. And while we love those, we have plenty to choose from already. Which is part of what made the first episode of this show so beautiful.

There are a lot of shows that are considered dramedies, but they always tend to focus on the drama side. What we really needed was a show that gave us a bit more comedy to focus on, and Carol’s Second Act is that show. Carol is kind, caring, and compassionate. But she’s also nosey, sometimes insubordinate, overly talkative, and a bit sassy. Qualities that we love. 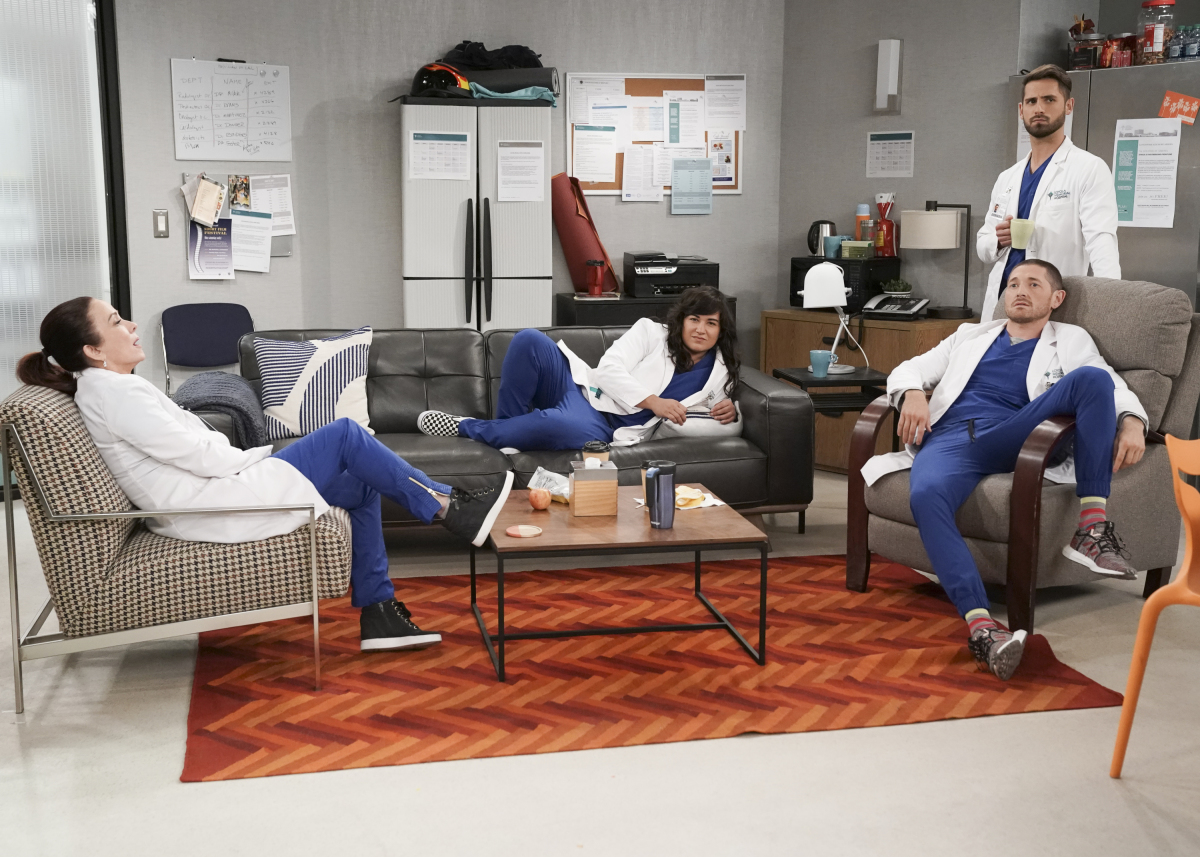 Daniel comes off as being shallow and not the brightest crayon in the box. But he’s actually pretty intelligent when it comes to being a doctor. It’s interacting with patients that he struggles with, and we can’t wait to see him get better. Lexie is hilarious and fun along with being blunt and competent. She and Carol are going to be friends, we can tell. Then there’s Caleb. He doesn’t feel like he belongs due to his father pulling strings to get him in the program. But we think he’s a perfect fit and his understanding is going to take him far!

We definitely think Caleb’s father is going to make an appearance at some point along with Lexie’s parents. We’re dying to meet Daniel’s family and we can’t wait to see more of Jenny (Ashley Tisdale, Disney Channel’s High School Musical trilogy and The Suite Life of Zack & Cody). Especially since we’re already rooting for something to happen between her and Daniel. What can we say? We’re shippers at heart and we’re calling it now. Something is going to happen between those two.

What did you think of the premiere episode of Carol’s Second Act? Did you see some sparks flying between Daniel and Jenny as we did? Head over to twitter and follow us @capeandcastle to discuss your thoughts! Be sure to check out our site for articles on all things Disney and Marvel, too!