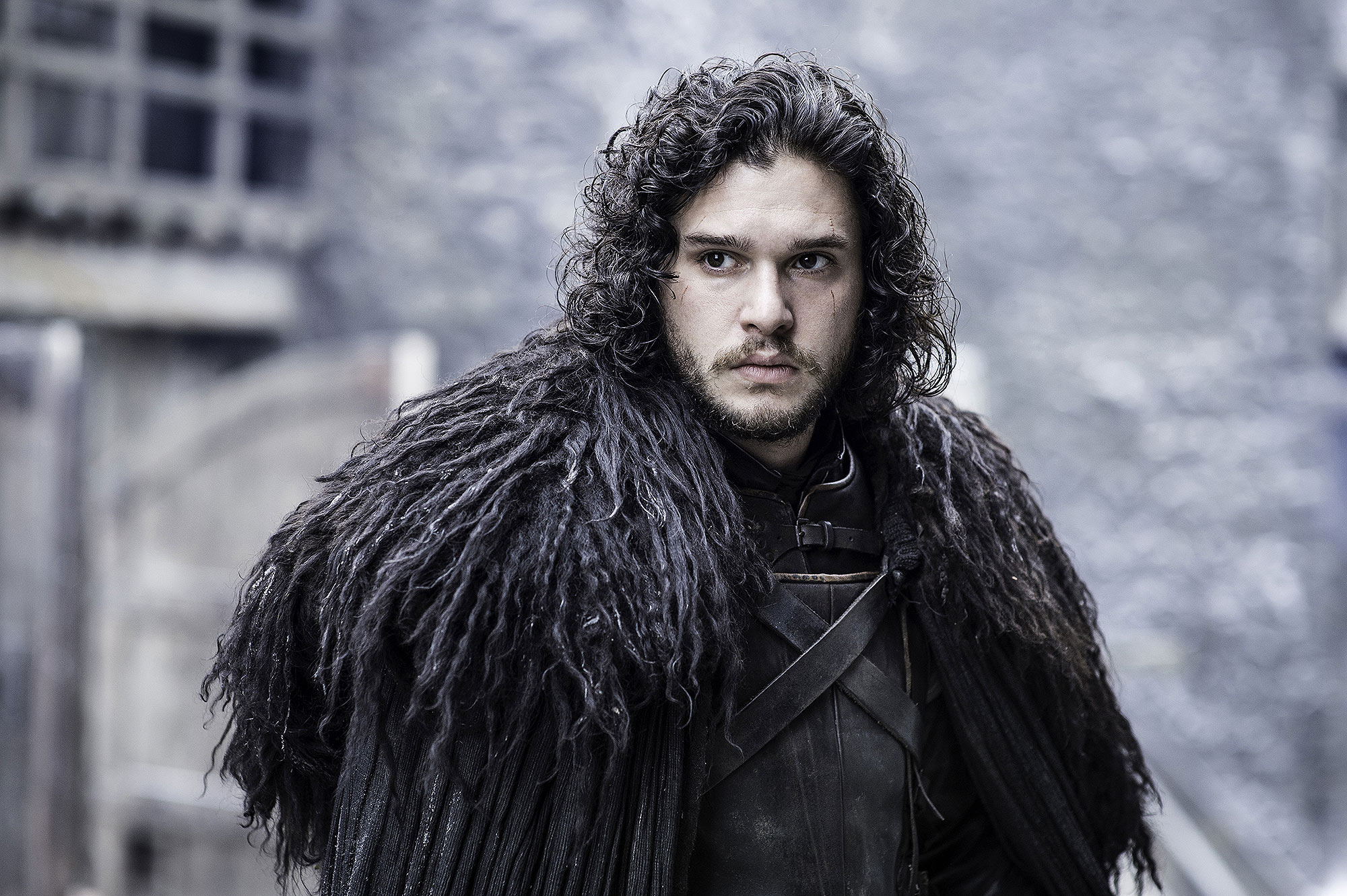 How Kit Harington’s Black Knight can grow beyond ‘The Eternals’

Prior to the D23 Expo where the official announcement took place, rumors had been swirling that the Emmy-nominated actor was in talks with Marvel Studios. It was every Game of Thrones fan’s wish that Kit join The Eternals, for he would be reunited with his one-time co-star Richard Madden, who was cast as Ikaris. 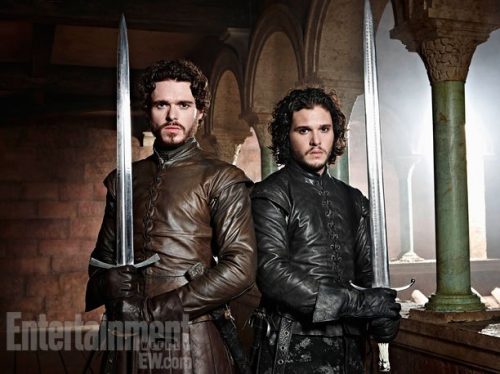 But considering that the film will be a prequel to the Marvel Cinematic Universe, it was safe to assume that The Eternals would be the first and last time we would meet/see the Black Knight. However, it’s sounding like he won’t be a one-off character after all, and as fans of Kit, we’re all about that.

In an interview with Good Morning America, studio president Kevin Feige suggested that Kit’s character may have a future in the MCU: “We were so happy when [Kit] agreed to join,” said Feige. “[The Black Knight] is a part that could perhaps grow into something else in the future.”

In fact, in Marvel Comics, the Black Knight actually becomes one of the Avengers’ most important figures—a de facto leader in Captain America’s absence, no less. What good timing, with our Star-Spangled Man (Chris Evans) retiring and passing his shield onto Sam Wilson (Anthony Mackie). Given the rumors of a “very different” Avengers team in a possible Avengers 5, we wouldn’t mind the Black Knight taking  rein. (We might have a Game of Thrones problem.)

But for now, he’s only slated to appear in The Eternals (that we know of), which, may we remind you, is set at the beginning of the universe. Only time will tell if, and how, he appears in present-day. (Maybe he has a Time-Space GPS, too.)

For those unfamiliar of his character and how he’s associated with the immortals, we got you.

His name is Dane Whitman, and he’s Black Knight 3.0

As with every superhero, there have been more than one person to take on the mantle of Black Knight. Kit’s Black Knight is Dane Whitman, the third incarnation of the alias.

Dane is a medieval knight in present-day—an old-timey superhero, clad in black (# jon snow aesthetic). He works to restore honor to his family that his supervillain uncle, the second Black Knight, took away.

Before his superhero days, however, Dane was a Massachusetts-based scientist. Though having earned a master’s degree in physics, he is proficient in advanced sciences and technologies, including genetic and mechanical engineering. Additionally, despite his ties to magic, he approaches from a scientific perspective.

His uncle was killed by Iron Man

The honor of the Black Knight was bestowed upon the Whitman family. However, the honor was destroyed when Nathan Garrett, his uncle, took up the mantle and used his newfound powers for evil. Garrett was fatally wounded by Iron Man, and when so, confessed his crimes to his nephew. Garrett passed the mantle onto him to restore honor to the family.

If ever Kit’s arc matches up to the comic books, Robert Downey Jr. could make a return to the MCU in a form a flashback, and you can bet that we’re all about that, too.

He wields the Sword of Light 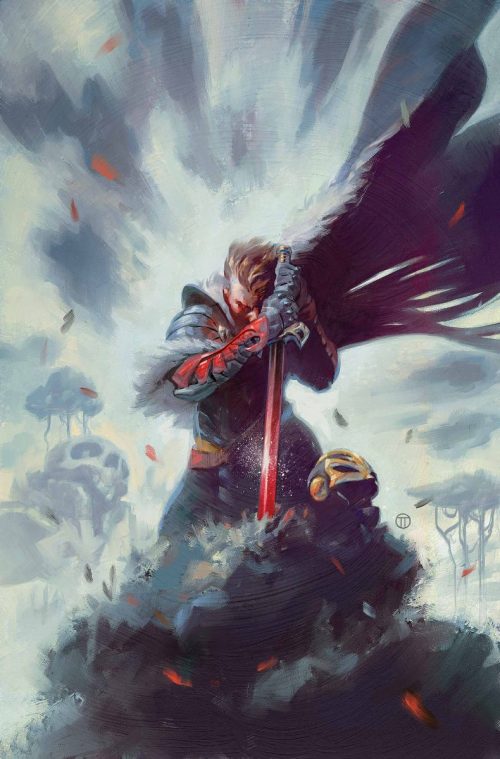 And you wonder why we think that Kit has been typecast.

The Sword of Light. Lightbringer. Come on.

Dane’s Sword of Light, which dates back to Medieval England and the original Black Knight (Sir Percy of Scandia), transfers energy from blows absorbed by his Shield of Night, back out at his assailants. Think of it like T’Challa’s suit in Black Panther.

He lives in Weirdworld

The Black Knight lives in a magical dimension called Weirdworld, where he rules over his own kingdom.

In a freeze frame of the Quantum Realm in Ant-Man and the Wasp, there appears to be a subatomic city—fans expected the Black Knight to be revealed as a resident in the micro-sized world.

While affected by a Gann Josin (soulmate) link with his girlfriend Sersi (to be portrayed by Captain Marvel’s Gemma Chan in The Eternals film), his physical abilities were enhanced. As acting Pendragon, he gained mystical abilities. 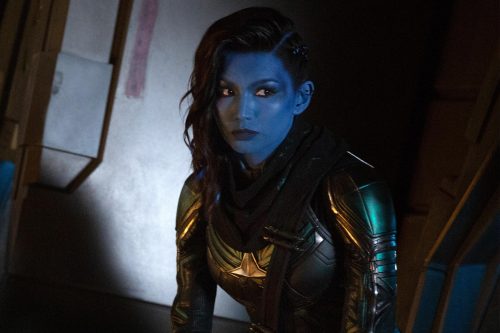 Additionally, apart from leadership (in which he demonstrated as a one-time commander of the Avengers), Dane is an expert swordsman, and can hold his own against Captain America and the like.

As aforementioned, Dane romances Sersi, a fourth generation Eternal who will likely be the connection that ties Kit’s Dane to the immortals.

In a notable storyline, Dane (of an alternate timeline in the comics) tries to kill every single version of Sersi across the Multiverse because she spurned his romantic advances in one of the realms. Ikaris attempts to save Sersi’s damaged psyche by performing the Gann Josin on her and Dane. However, the bond breaks when Dane falls for the (very married) Princess Crystal of the Inhumans. Sersi snaps, going evil and using her spiritual bond with Dane to turn him into her unwilling accomplice.

We know what you’re thinking: Jon Snow v. Robb Stark. Honestly? We’re all about that, also.

The Eternals is scheduled to release in theaters on November 6, 2020.