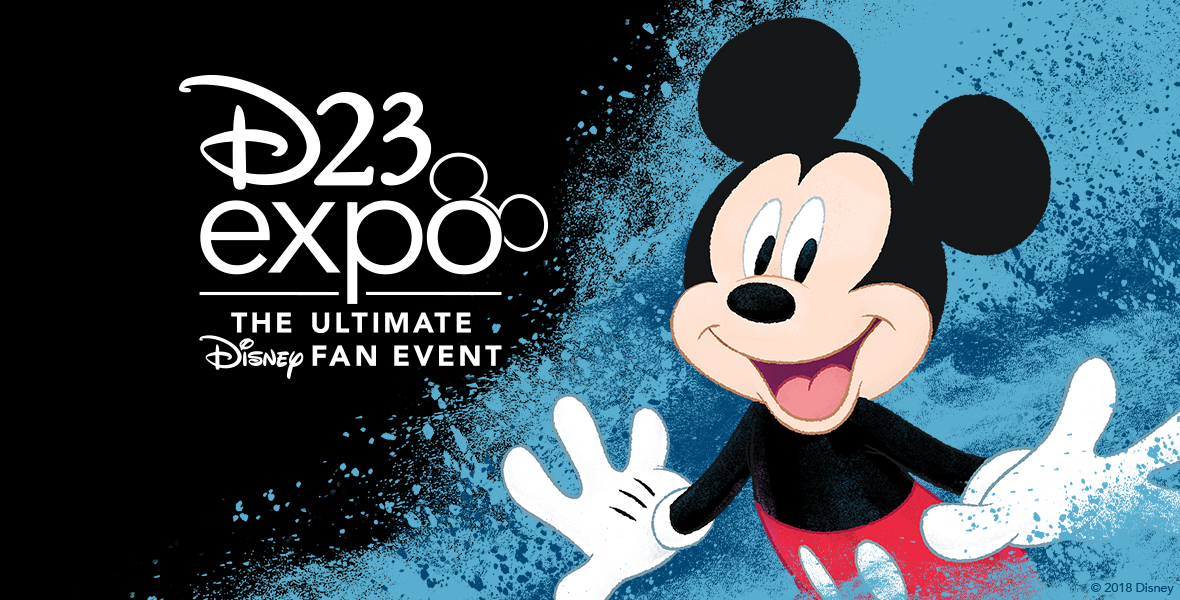 If you missed the session, don’t worry: we’ve got you! Here’s every reveal from Disney’s biggest studios, in order of appearance onstage.

Before the cast joined Kennedy and Abrams onstage, however, it’s interesting to note that Abrams shared a quick, touching story to the audience about the late Carrie Fisher and how she knew that he’d be returning to work on Star Wars, even before he, himself, thought it possible.

Also noteworthy, Oscar Isaac and John Boyega might have confirmed a Pinn (Poe Dameron/Finn) romance after Russell’s character was introduced as Poe’s old “friend.” (Or did they confirm a romance with their actual, real-life selves? Oscar did call John, Baby, affectionately, after all. Insert Face with Tears of Joy emoji here.)

All 7,000 presentation attendees received an exclusive poster, pictured below: 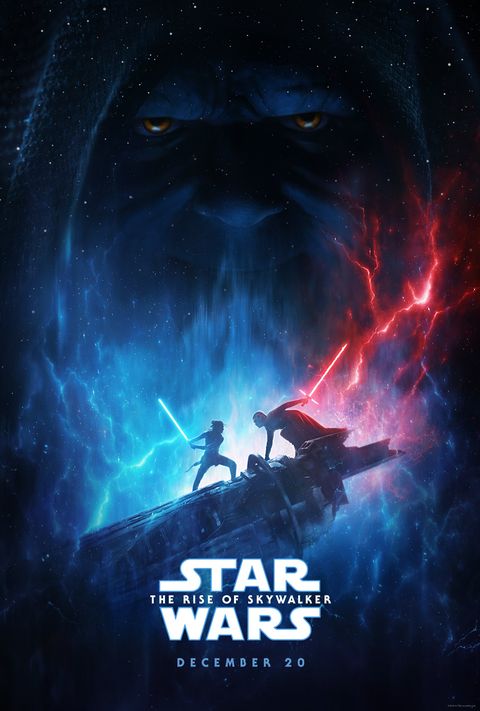 Then, Feige called the cast of Eternals onstage and announced its newcomers, including Captain Marvel’s Gemma Chan and Kit Harington of the Game of Thrones fame. Harington and Eternals star Richard Madden starred in Game of Thrones together as opposite brothers Robb Stark and Jon Snow.

In the Captain America: The Winter Soldier-esque footage, Natasha Romanoff (Johansson) returns to Budapest, where Yelena Belova (Pugh), a fellow Red Room grad who Natasha considers a sister figure, follows her there unbeknownst, and they get into a gritty fight with each other (hence, The Winter Soldier vibes). Additionally, first looks of Alexei Shostakov (Harbour), Melina (Rachel Weisz) and the villain Taskmaster, who’s played by a still-unnamed actor, were seen in the footage.

Black Widow seemingly takes place after Captain America: Civil War; however, judging by Natasha’s physical appearance, the time frame is questionable (she has her Avengers: Endgame look throughout the footage). Besides, she was seen donning a comic book canon white suit similar to the Quantum Realm Exploration Suit in Endgame, which, to me, suggests that she may come back to life. (Or maybe I’m just reaching? We’ll have to wait and see until May 1, 2020, if I’m right.)

Moana’s Dwayne Johnson and Mary Poppins Returns’ Emily Blunt presented not one, but two (!) trailers for the upcoming Jungle Cruise film, based on the beloved Disneyland Park attraction of the same name.

If you’re a fan of Pirates of the Caribbean, then you will love Jungle Cruise. Johnson and Blunt have hilarious chemistry and it shows both on- and off-screen.

A scene from the upcoming Mulan was shown at Hall D23—a scene similar to the one with the Matchmaker in the 1998 animated film of the same name. However, instead of Cri-Kee messing up Mulan’s chance with the Matchmaker, it’s an unnamed spider. Gross.

Mulan also has a sister in this film, Xiu (Xana Tang), which is another difference from the animation. Unfortunately, there’s still no sight of Mushu. 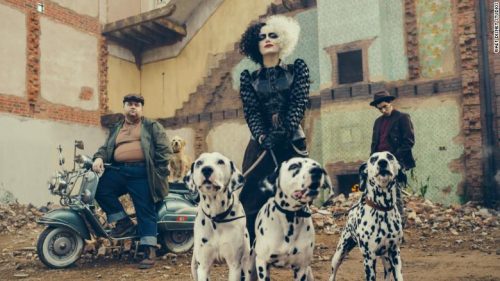 Onward stars Tom Holland and Chris Pratt of the Marvel Cinematic Universe. Holland and Pratt appeared onstage and provided fans with eight minutes of footage from the film, where Lightfoot brothers Ian (Holland) and Barley (Pratt) learn of a magical, powerful staff that, when wielded by Ian, can actually bring their deceased father back to life for a day.

Here’s a look at the exclusive Onward poster, given to everyone in the audience: 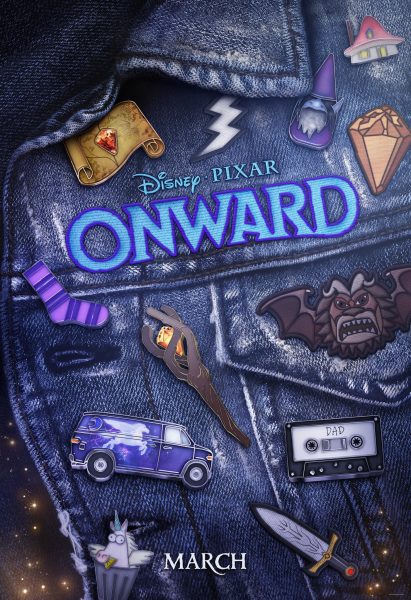 Before going offstage, Holland addressed the Marvel Studios’ Spider-Man divorce with Sony Pictures, saying, “It’s been a crazy week but I want you to know that I’m grateful from the bottom of my heart and I love you 3,000.” Cue my heart shattering into a million pieces all over again.

Pixar has always been known for their existential storylines. One of their upcoming projects, entitled Soul, has to be their most existential film yet. It explores an academy called the You Seminar, where your literal soul learns how to be a person before inhabiting a newborn.

Jamie Foxx stars as Joe Gardner, a secondary school music teacher whose dream is to be a professional jazzist. Upon getting his big break, an accident separates Joe from his soul, and his soul ends up back at the You Seminar, where he meets 22 (Tina Fey), a soul who has spent eons at the You Seminar and has a dim view on human life. Fans were treated with a first look at scenes from the film.

Raya and the Last Dragon is a story from a land called Kumandra, “a reimagined Earth, inhabited by an ancient civilization that venerated the mythical dragons for their power and their wisdom,” per producer Osnat Shurer, the mind behind Moana.

The film stars Cassie Steele as the titular warrior who searches for the last dragon in the world. Awkwafina, who’s starring in the upcoming MCU film Shang-Chi and the Legend of the Ten Rings, is Sisu, the aforementioned last dragon. Again, fans were treated with a first look at the Southern Asian-inspired original.

Frozen II explores how and why Elsa (Idina Menzel) came about her powers, among other prominent, epic storylines (Kristoff [Jonathan Groff] gets down on one knee!). Meanwhile, Elsa and Anna (Kristen Bell)’s mother, Iduna (Evan Rachel Wood), appears in a heart-wrenching yet heartwarming flashback scene, while Black Panther’s Sterling K. Brown joins the cast as Lieutenant Matthias, who’s assumably connected to what happened to Elsa and Anna’s parents.

Menzel, Groff and Bell, alongside Josh Gad (who voices Olaf), appeared onstage to sing a Frozen II original to the audience, entitled “Some Things Never Change.” 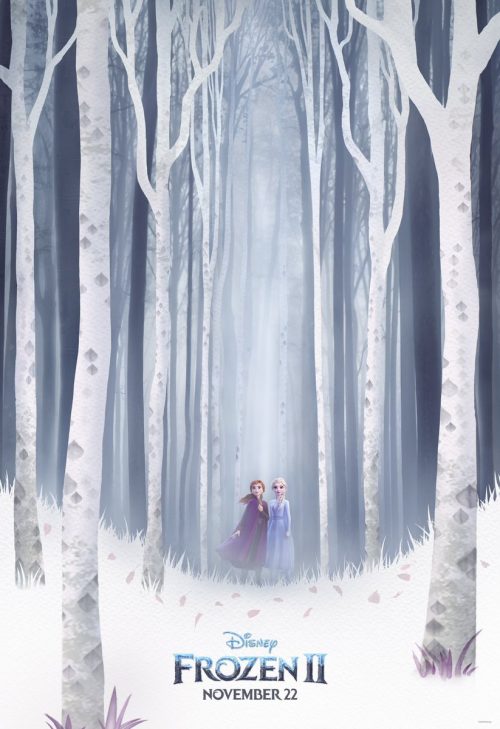 Lastly, Walt Disney Studios Chief Creative Officer Alan Horn acknowledged the company’s acquisition of 20th Century Fox, and while the latter studio and its sister studios, Fox Searchlight Pictures and Blue Sky Studios, weren’t presentation ready, Horn promised that they will be rolling out information on/footage from their respective, upcoming projects that will be falling under Disney’s umbrella (e.g.: Avatar 2).