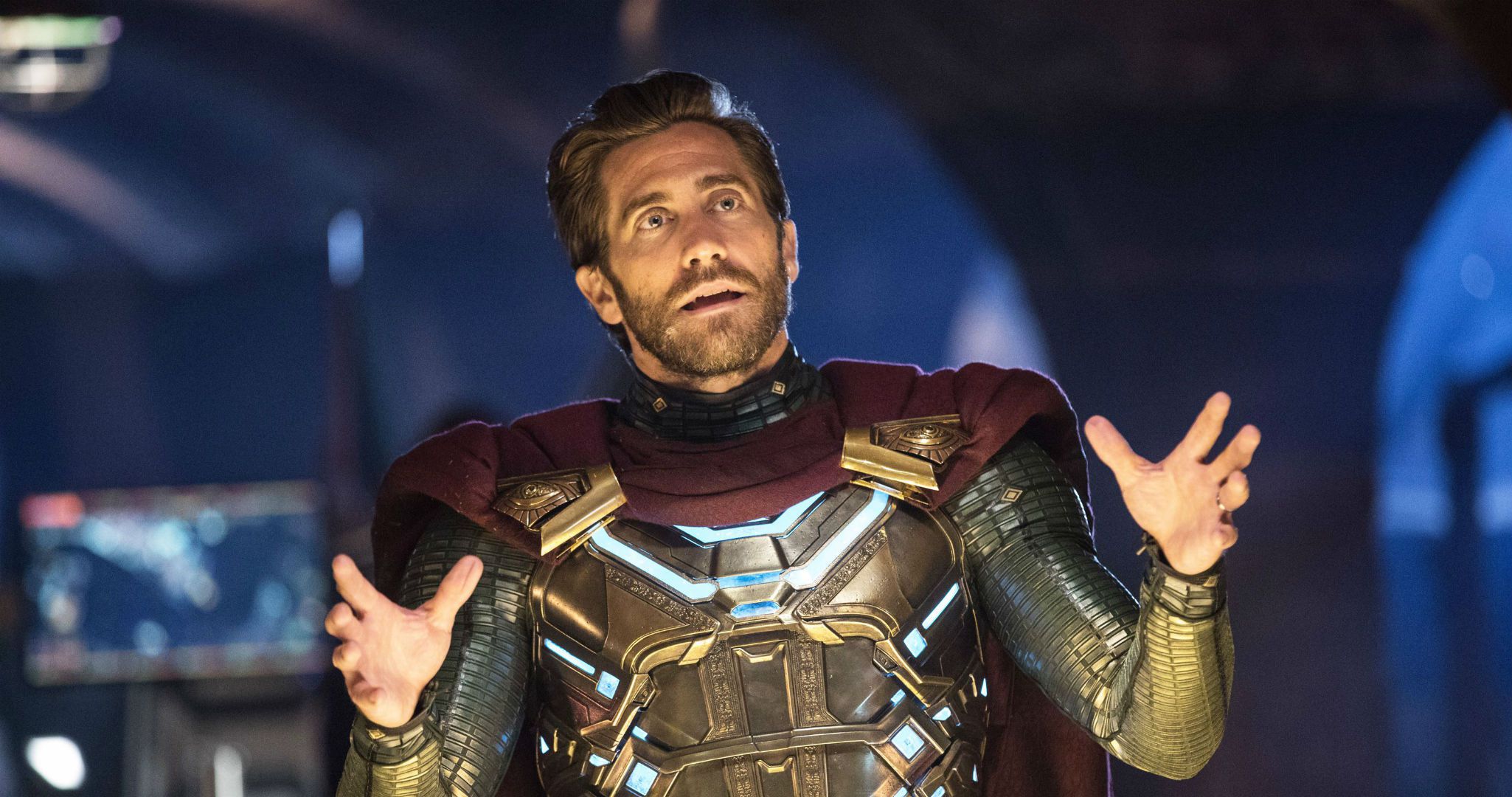 Is it possible that we haven’t seen the last of Mysterio?

*Peter Tingle*: Spoilers from Spider-Man: Far From Home to be discussed. If you have yet to see the sequel to Homecoming, it’s in your best interest to get far from here.

Many Marvel Cinematic Universe fans are speculating whether or not Mysterio is really dead. At the end of Spider-Man: Far From Home during the final battle in London, Peter Parker (Tom Holland) dodges a collection of drones using his spidey sense or as Aunt May (Marisa Tomei) puts it, his “Peter Tingle” before blocking a bullet fired by Quentin Beck aka Mysterio (Jake Gyllenhaal). The misfired weapon appears to kill Beck, as Peter asks EDITH — an AI embedded into Tony Stark’s glasses — if he’s really dead, which EDITH confirms, “There are no more illusions.” However, EDITH had previously been in the hands of Beck himself. Could he have tampered with EDITH causing it to tell Peter what Beck wanted him to hear? Is it possible that we haven’t seen the last of Mysterio? Are these just attempts to reassure the viewers and to discourage speculation of it being another illusion? Jon Watts, director and co-writer of Far From Home, stated, “Is it possible Mysterio is hiding out somewhere?” in an interview with /Film. “It’s Mysterio, so who knows? He definitely seemed dead,” Watts said. Beck’s survival is up to interpretation. Don’t rule out this villain yet!

As we all know, the MCU has a reputation for fake deaths. Off the top of my head I could name a total of 6 confirmed faked deaths in the MCU. In Mysterio’s case, he’s a master of illusion, so it’s quite possible he could have faked his death because of the powerful illusions Mysterio was able to display on Peter thus far. What if he used one last illusion to fake his death? If you think back to Thor: The Dark World, Loki faked his death to Thor so that he can strip Odin of his power to become the ruler of Asgard. Mysterio in this case could’ve faked his death to kill Spider-Man and anyone who would reveal to the world that he is a fraud.

Beck invented BARF — Binarily Augmented Retro-Framing — and had control of EDITH during the movie, and EDITH is the only thing confirming his death. Seems incredibly suspicious to me. Jake Gyllenhaal has incredible chemistry with Tom Holland, and this movie is getting great reviews. I know they wouldn’t waste all of that potential by killing him.

When you think about it, Mysterio sort of made Spider-Man say “execute them all” by using EDITH to ask him whether the drones should be killed off. This could suggest that he did tamper with EDITH and perhaps indicate that Mysterio is still alive, even with EDITH supposedly confirming his death.

In the video recording, Mysterio was seen wearing his suit, even including his death scene where Spider-Man gave EDITH the commands, whereas he was not throughout the fight. Sure, this can be done post production, with the whole pen drive download scene being the footage, but….

Throughout the end fight Mysterio was asking if his “illusion suit” was ready. First, he mentioned needing it to meet the Queen, but later, he still asked for it (to which William the scientist replied almost done). Yet we never see it in action…. Why would he want it if it’s just for show, and why would it be William who says it’s done? Unless he always had it on, and they had perfected the illusion tech to be non-reliant on the drones? One potential evidence for this was how he was able to stay invisible after Spider-Man destroyed all the drones using his spidey sense. In fact, he specifically asked for all of them to go on the offense. This may also explain why EDITH would detect it as “there’s no illusions.”

Mysterio asked William to hook EDITH up to their system through hacking, yet again this was never shown. He still needed the glasses to control the Stark drones. So why is that scene there? I believe that ties in to the pen drive, of them finally cracking EDITH and obtaining some info from it. Honestly, do we really need the pen drive scene to believe that Mysterio had Spider-Man recorded for framing purposes? Would the lack of the pen drive scene make you feel that the recording was out of nowhere?

Finally, Mysterio specifically called off the elemental illusion once Spider-Man was there… but why? Even after cancelling the elemental illusion, wouldn’t it still be useful to have them cloak / make new illusions to fight against Spider-Man instead of just flying around as visible drones? Unless it was (one of) Beck’s plan all along to frame Spider-Man for the drone usage should Spider-Man defeat him, and thus the drones were visible to everyone as proof of “Spider-Man’s carnage.” This meant that Beck already planned for a “what if he lost” scenario even in his rage. When considered with the points above, would such a meticulous person really not account for fooling Spider-Man about his death?

The MCU often remixes its villains from their comic book roots. In the comics, Mysterio has faked his death (right in front of Spidey no less) and returned as Spider-Man’s foe before.

It’s also possible that someone else could inherit the mantle of Mysterio. Indeed, there’s comic book precedent for this idea; while Quentin Beck was the first Mysterio in the comics, he’s by no means the last. After Beck had died, Daniel Berkhart was hired by J. Jonah Jameson to torment Spider-Man by claiming to be Mysterio’s ghost. Then there’s Francis Klum, a teleporting mutant who purchased Mysterio’s paraphernalia from the Kingpin in order to attack Spider-Man. Most recently, an unnamed African-American purchased a Mysterio costume and crossed paths with the Punisher.

Beck wanted nobody to know the truth and was willing to kill those who already know so that it would never be disclosed. If Mysterio is really alive, he could seek the help of the Vulture and Mac Gargan (Scorpion), who were apart of the Sinister Six throughout the comics, to take over the city and kill Spider-Man. I mean they didn’t keep Vulture alive and have Scorpion show up talking about his buddies for nothing, and Mysterio is an integral part of the Sinister Six. That would mean their alliance so far would be 1/2 of the Sinister Six in the MCU.

In the end, Mysterio could be alive and might’ve done another illusion to fake his demise in front of Peter Parker. Jon Watts also discussed changing Mysterio’s backstory to wrinkle Stark’s legacy — which already included mentoring Spider-Man and working to protect the world — by depicting Beck as someone cast aside by Iron Man. “At the end of his life, (Tony) made this incredible sacrifice to save the world, but along the way, he definitely made a lot of mistakes and no doubt created some enemies,” Watts said. “To me, that’s really interesting to explore that and the complications of that.” Considering Mysterio outed Parker’s secret identity at the end of Far From Home, there certainly would be a lot of ground to cover if Beck returned in a future film. Whether or not Mysterio is alive, his allies are still on the loose — meaning the villain’s legacy lives on.