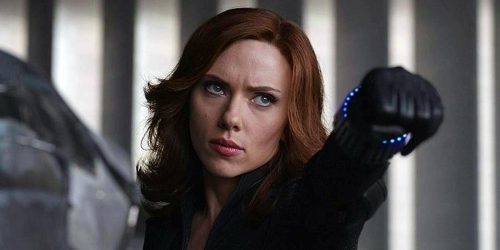 Black Widow will be introducing another love interest for Natasha Romanoff, but with Marvel’s track record of her love life, they really oughta stop.

Disclaimer: The following article does not reflect the views of Cape & Castle.

In the now-confirmed Black Widow, we’ll be meeting a new character named Mason, an ally from Natasha Romanoff’s past and— 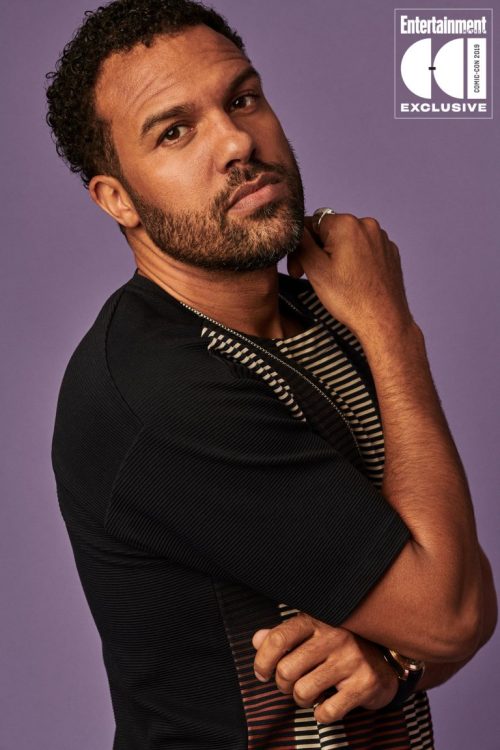 Everyone needs a little love, I’ll give O-T Fagbenle that. But the thing is, Natasha’s already had a little love. Three little loves, in fact. She doesn’t need a fourth. She definitely didn’t need three. She already had one little love that was perfect for her. Marvel was just too dumb to see it.

But I’m getting ahead of myself.

For someone who can’t help but ship, I’m surprised that my love for Marvel hasn’t lessened, given how they suck at romance and they’ve broken my heart with their love stories, more times than I can count. For 10 years and for 23 movies, they’ve only really gotten five of my ships right—one took some work, but eventually got there, while the other four were right from the start.

The others? Marvel has either screwed them up so badly that I’d rather the characters end up alone, or they broke them up and well, screwed them up, too.

Nat and those whom she has been paired with, are definitely a part of those others.

The fact that she’s had three quasi-romances, an actual “romance” out of left field, and now a possible fifth, disgusts me. But none of that is Nat’s fault, of course, for she’s a fictional character, and this is nothing but a work of fiction. But just because she’s fictitious, doesn’t mean that she isn’t relatable, looked up to. I’m Nat’s biggest fan, and those I blame are who decided to allow such bullshit.

Let’s do a quick revisit of her former “romances” before I get to my point. 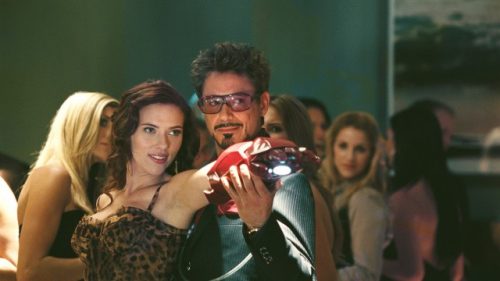 Okay, so Tony wasn’t really a “love interest.” But the second that Natasha showed up on-screen in Iron Man 2, Tony was clearly lusting over her. Happy, too, even.

Sure, she was undercover, and sure, it’s in her nature to flirt and bed and what have you because she’s a Red Room operative, blah, blah, blah—I shouldn’t really count Tony as a love interest, especially since he’s had Pepper. But for the sake of argument, I’m going to keep him in my laundry list, because in a way, she did kind of get in Pepperony’s way. Kind of.

But, not her fault. 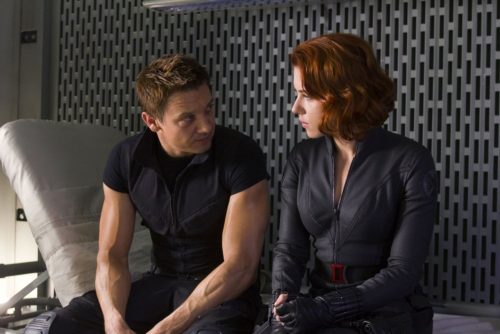 When the first Avengers movie rolled around, I thought that she was either going to get with Clint, or that she was already dating him, and I remember being okay with it. I ended up shipping Nat with someone else (more on that later), but if I had to choose a second for her, Clint would’ve been it. I mean, they made sense.

But then Avengers: Age of Ultron came, and they gave Clint a wife.

I love Laura, but why feed me a potential Clintasha romance when he was already with someone else?

Bruce Banner. The Black Widow love interest that no one asked for. Betty Ross sure as hell didn’t ask for her man to “fall in love” with someone else. But even Marvel didn’t want them, apparently, because they just wrote them off. They didn’t even bother addressing their “relationship” in either Avengers: Infinity War or Avengers: Endgame. That’s how much they didn’t make sense. (On a side note, Bruce and Betty deserved better, too, both as a couple and as individuals. But this article isn’t about them. Maybe on my next article.)

If Nat and Bruce actually developed some sort of connection from the first Avengers, I’m clearly not seeing it. 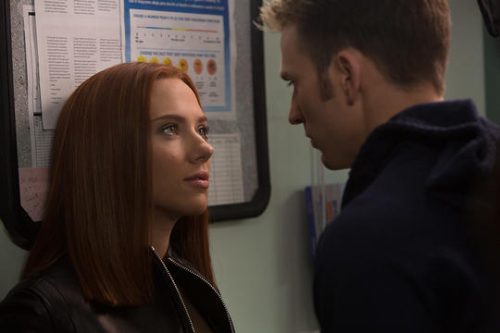 Aside from Clint, the only other person that could have made sense was Steve Rogers.

Okay. Before we get started, yes, this is basically an article as to why I think that Natasha and Steve should’ve ended up together. Or at least it ended up as a Romanogers article. But can you blame a girl? I just see what’s in front of me. Clearly, Marvel didn’t see the same.

Before Age of Ultron was Captain America: The Winter Soldier, the movie that really paved the way for a potential endgame between Nat and Steve. I don’t even think that I need to go into length here. Just stop reading and watch the movie (again).

Are you back? And?

The chemistry between Chris Evans and Scarlett Johansson is palpable. There’s a reason as to why they keep ending up working together. Aside from their characters’ extensive history in the comic books (they have a son together), their stories in the MCU are too connected.

Watch Captain America: Civil War and Infinity War (again) if you have to. 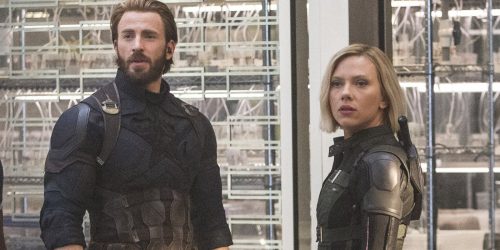 But I guess not? Because they made him go for Sharon instead. Imagine if he had never pursued Sharon. We’d have avoided the awkward, gross, incestuous (being the closest word) thing that they had going on. Steve and Sharon worked in the comics. They just don’t work in the MCU.

They could’ve made it work if they have given Sharon the story that she deserved. But they didn’t. I don’t want to think she’s useless, but they made her useless, and it was unfair to her character. Sharon could’ve been such a badass if she wasn’t dumbed down to just a love interest. Hopefully, Emily VanCamp returns to the MCU in The Falcon and the Winter Soldier, and that they redeem her.

So then when that didn’t work out, they shoved Steggy down my throat. Don’t get me wrong: I loved Steggy. In Captain America: The First Avenger. Any Steggy beyond that is just downright wrong and offensive to both Steve and Peggy’s individualities. They made Steve so out of character in the final act of Endgame. Usually, when a situation is pointed South, he can’t ignore it, right? I think that he got lost. He went South. What, did his compass stop working?

Speaking of, why was his compass even on his person in Endgame? He was already moving on. With Sharon, much to my dismay, but at least he was moving on. Why the fuck would he go backwards to Peggy? That made no fucking sense.

When I first watched Endgame, I used to believe that the reason that he went back to the past was because his reason to stay in the present (Nat) was gone. I swear, when the two of them where in the kitchen, and they had that “we both need to get a life” talk, I thought that they were going to get one together. I mean, the guy went to HQ to do his “laundry.” Please, all of us knew what that really meant.

But no, he went back to the past to 1970, and encountered Peggy, and then all of a sudden, he thought with his—I’m going to stop myself right there.

I watched Agent Carter. Episode to episode. They cannot expect me to believe that she didn’t move on from Steve (she did—she threw his last vial of blood into a body of water) and that she didn’t marry another man (my bet’s still on Jack Thompson) and have two children with that man.

Okay, so he married an alternate version of Peggy at the end of Endgame. That’s still messed up. That, and the fact that Steve hadn’t been able to move on. With all of the time that he spent in modern day (12 years, to be exact), he had so much time to move on. So much time. And he did. Until Endgame. And this is by the same production team behind The Winter Soldier, Civil War, and Infinity War, three of my most favorite MCU movies to date, in that order.

Nat and Steve’s stories were already heading in that direction. I didn’t need another platonic relationship for Nat. She already had Clint for that. Her and Steve just made sense. Am I really the only person who saw that?

And now there’s this new guy, Mason. If Black Widow is really a “prequel” set in-between Civil War and Infinity War, then whatever happens between him and Nat clearly didn’t last. But still. Marvel just couldn’t get either Nat or Steve’s love lives right, so they really should just stop trying. Even if it’s a temporary thing between them, he still made it onto the laundry list, and that’s not fair to him, either.

Just have Mason be with Yelena. At least there’d be potential for a long-term romance there. 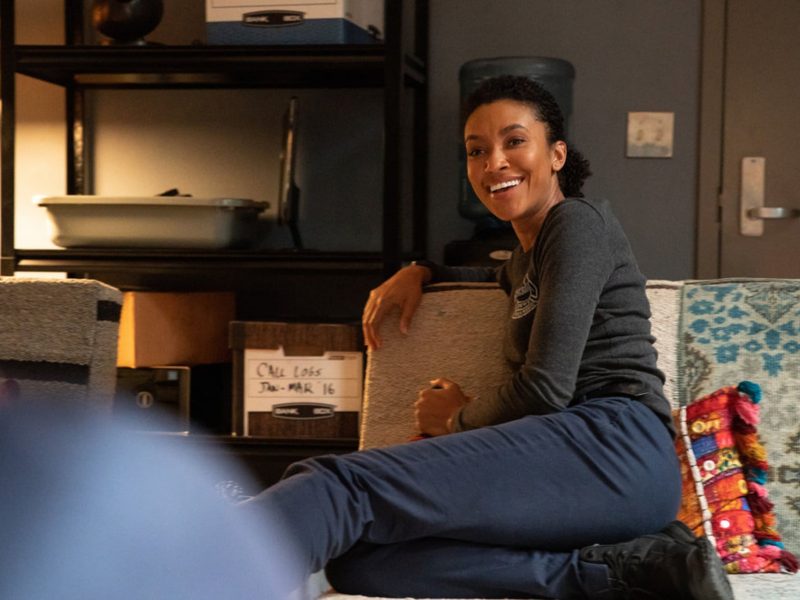