‘Thor 4’: Will Thor and Jane get their happy ending?

Marvel Studios announced on Saturday that Natalie Portman will be making a comeback in Thor: Love and Thunder, the fourth installment in the Thor series, reprising her role of Jane Foster who will now be “Lady Thor.” 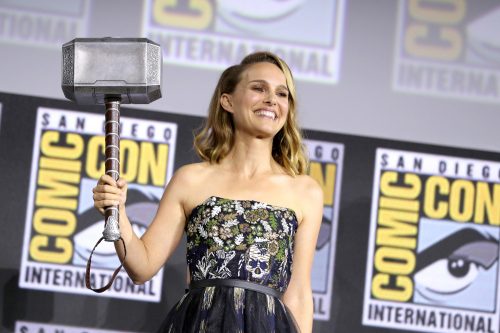 Does this mean that we will finally learn what really went down between Thor and Jane after Age of Ultron and before Ragnarok? Will they perhaps even get back together?

The relationship of Thor and Jane is extremely underrated. For some reason, many fans do not appreciate the beautiful, passionate romance between two people from two very different worlds: an arrogant Norse god from Asgard and a sweet, intelligent astrophysicist from Earth. Ever since Thor accidentally got hit by Jane’s truck, after being banished from home by his father, both of their lives have been changed for the better.

Thor not only confirmed all of Jane’s studies to be true but also expanded her knowledge of the cosmos by telling her about the Nine Realms.

Most importantly, Jane helped Thor transform from a conceited warrior prince to a sensitive, humble, and selfless man of dignity, whom developed a respect and love for the ‘Midgardians’ (humans).

A lot of Marvel fans, unfortunately, fail to realize that if it was not for Jane Foster, we would not have the silly, fun light-hearted Avenger that we know and adore today. No wonder she is also worthy to wield Mjölnir (Thor’s hammer)!

A healthy relationship like Thor and Jane’s should not bite the dust. It was very disappointing to hear of their abrupt, vague breakup in Ragnarok, aka the third Thor film. The writers did not even bother to give viewers a legitimate reason as to why the pair called it quits; they instead turned the whole situation into more or less a joke, as if Thor and Jane were only in a junior high relationship where nothing that they had been through together ever really mattered.

It would be absolutely a shame not to revive the couple in the next movie. Especially given that Jane will now be ‘super’ herself, I don’t see why Taika Waititi, director and writer of Thor: Love and Thunder, would waste the opportunity of reimagining the dynamic of Thor and Jane into being the perfect power duo.