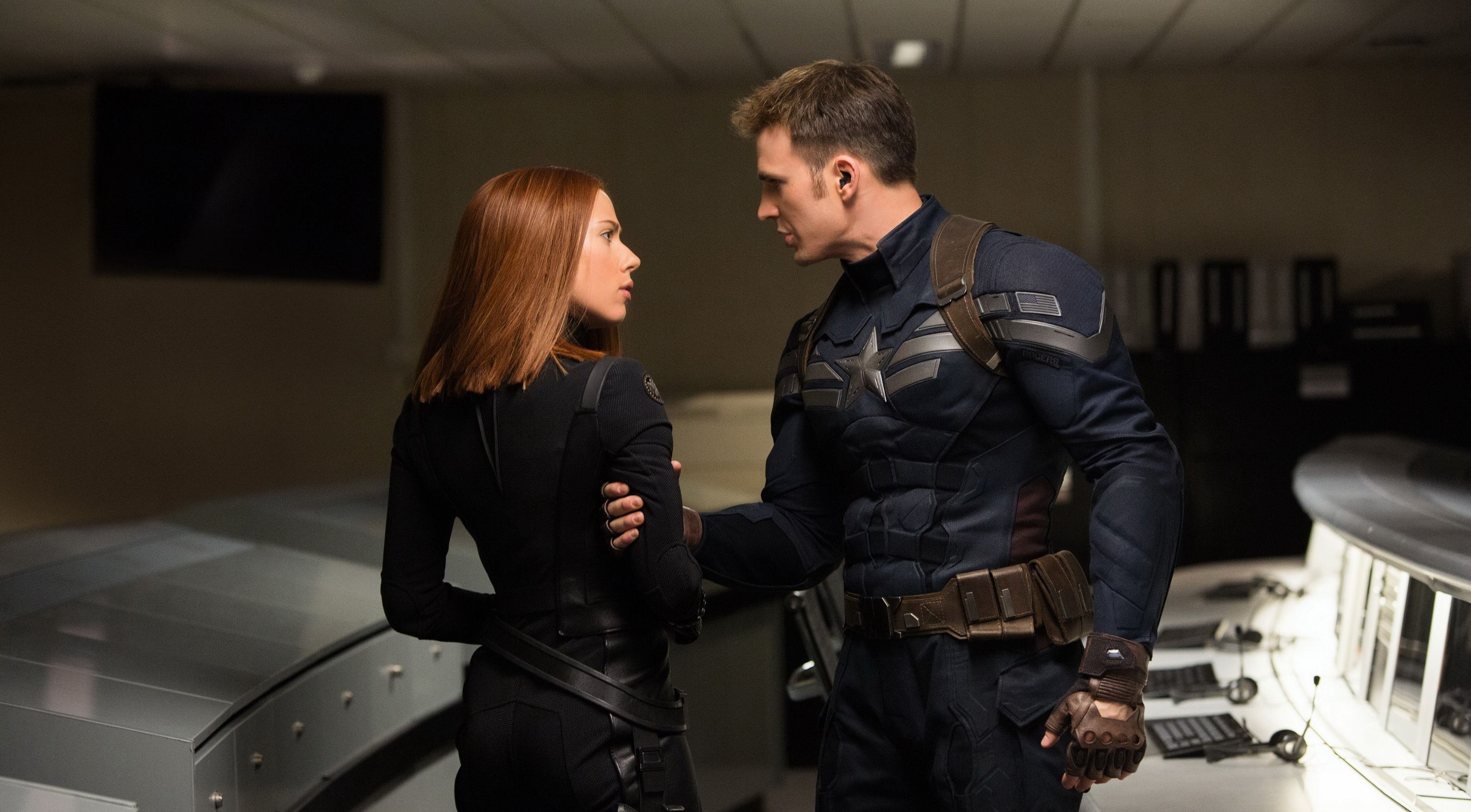 San Diego is currently buzzing due to Comic-Con taking place until Monday. However, Saturday was undoubtedly the day the fans had been long expected with Marvel presenting its Phase 4 and bearing gifts with new movie titles revealed as well as major surprises.

Black Widow was especially under the spotlight as it is the movie that will kick off the new Phase in 2020 but also the long-awaited standalone movie for Scarlett Johansson’s Natasha Romanoff. The cast flew from London to attend the panel, including Stranger Things and Hellboy actor David Harbour who came on stage wearing a Captain America shirt which stirred a lot of attention.

When asked about it, he said:

“I have complicated feelings about him. You’ll come to understand that later.”

It has left the fans and others speculating. Could Captain America make an appearance in Black Widow? That is certainly not impossible.

Here’s everything we know so far to back up the theory.

In his interviews, David Harbour has revealed that he plays Alexei Shostakov, known as The Red Guardian, who is the Soviet Super-Soldier equivalent of Captain America. It could, therefore, be possible to see the two counterparts come face-to-face in this movie, which would explain Harbour’s comment above.

The Black Widow movie has been confirmed to be set after the events of Civil War. The latter ended with Natasha running away after helping Steve and Bucky escape and putting herself in trouble with the government.  She appeared again in Infinity War, alongside Cap, and comments clearly indicated that the two had been in the run together for quite some time.  In these circumstances, Nomad Steve Rogers could appear at some point in the movie in order to respect the timeline of events.

Finally, as what could be another clue, actor Chris Evans has recently dropped out of two movie projects (The Devil of All Time and Infinite) due to ‘scheduling conflicts’. Although the official reason is that the filming of his Apple TV series Defending Jacob has fallen behind, could it be possible that Evans and Marvel are planning a surprise addition to the cast of the Black Widow movie? Let’s not forget that the Russo brothers teased, months ago, that the actor was “not done yet”.

If this were the case, then David Harbour’s shirt could be a nod, as a way of representing the missing member of the cast.

If this doesn’t mean Captain America is making an appearance then nothing else will!

how probable is it?

With Chris Hemsworth having recently signed up for an additional Thor movie, it certainly leaves the door open for other surprise returns. Maybe Evans could be the next to reprise his role.

Of course, this is all speculation at this stage but we could certainly expect new announcements at D23 Expo in August. After all, Steve Rogers and Natasha Romanoff have been a safe asset for Marvel since Captain America: The Winter Soldier and a strong, winning combination across the movies.

We certainly would love watching them team up one last time. Share your thoughts with @CapeandCastle!