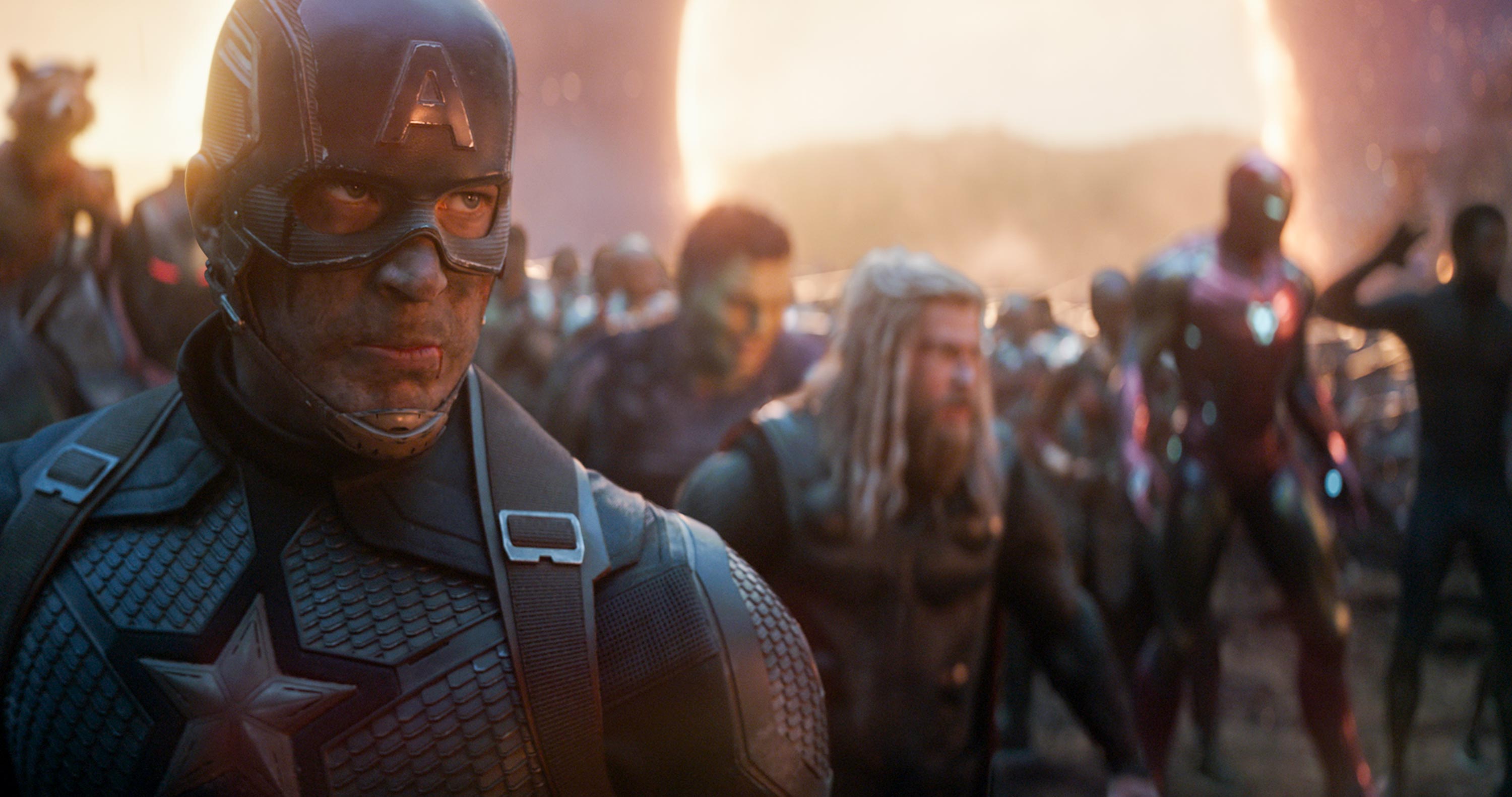 After their absence from San Diego Comic-Con in 2018, Marvel Studios was back in Hall H on Friday, July 19, 2019, kicking off the studios’ schedule with back-to-back panels for frequent screenwriters Christopher Markus and Stephen McFeely, and frequent directors Anthony and Joe Russo.

Markus and McFeely, who penned the Captain America trilogy, as well Avengers: Infinity War and Avengers: Endgame, showcased two whiteboards that they seemingly used during the development of Endgame, during their panel: one board had the when and wheres of the Infinity Stones, while the second board mapped out the Battle of Earth. (It hurt to see the words “Tony dies” on that damn board.)

Markus and McFeely also revealed that, originally, they wanted 2014 Thanos to throw the decapitated head of 2014 Cap at 2023 Cap. Obviously, the idea didn’t fruition, but Markus joked that the scene was awesome.

Other revelations by Markus and McFeely, included the following:

Lastly, Markus and McFeely reiterated that Gamora will return in Guardians of the Galaxy Vol. 3. While we don’t know which version of Gamora will be returning, her story, whatever it may be, will definitely be further explored.

Moving on to the Russo Brothers panel, where they talked from Endgame‘s box office milestones (currently, it is only five million USD away from topping Avatar), to who nails and ruins the most takes (Scarlett Johansson; Anthony Mackie and Mark Ruffalo, respectively).

Appearances by the Avengers a la FaceTime were made during the “fan questions” portion of their panel. The first question came from Ruffalo, asking the brothers if Professor Hulk is now the smartest Avenger—the Russos responded with Shuri still being the smartest.

Next, Chris Evans snuck in two questions. Firstly, he wanted to know what Steve did after his dance with Peggy. The Russos joked that he either went to the bathroom, tried to make a baby with Peggy, took turns saving the world with the other Steve so that he could spend more time with Peggy, or saved Bucky from Hydra, among a plethora of other possibilities. Secondly, he wanted to know which films were the most stressful and relaxing. The directors answered with Infinity War being the most stressful, while Captain America: The Winter Soldier was the most relaxed.

The third question came from Chris Hemsworth, who wanted to know if they thought that he was the better leader of the “previously known group, Guardians of the Galaxy” than “that other guy…Quince, Quail.” The Russos thought that it wasn’t really a question and that it was more of a statement.

The fourth question was from Paul Rudd: he wanted to know which Chris (or Paul) has the best “America’s ass.” The Russos asked the crowd, the majority of whom voted for Evans.

The fifth and final question was from Downey. After saying, “I can smell it, Hall H,” he asked what the biggest difference was between the first “I am Iron Man” and the last. The Russos said that the first was selfish, and that the last was a heroic sacrifice.

Marvel Studios is expected to make another appearance in Hall H on Saturday, July 20, with a 90-minute presentation of what we hope are details of Phase Four.