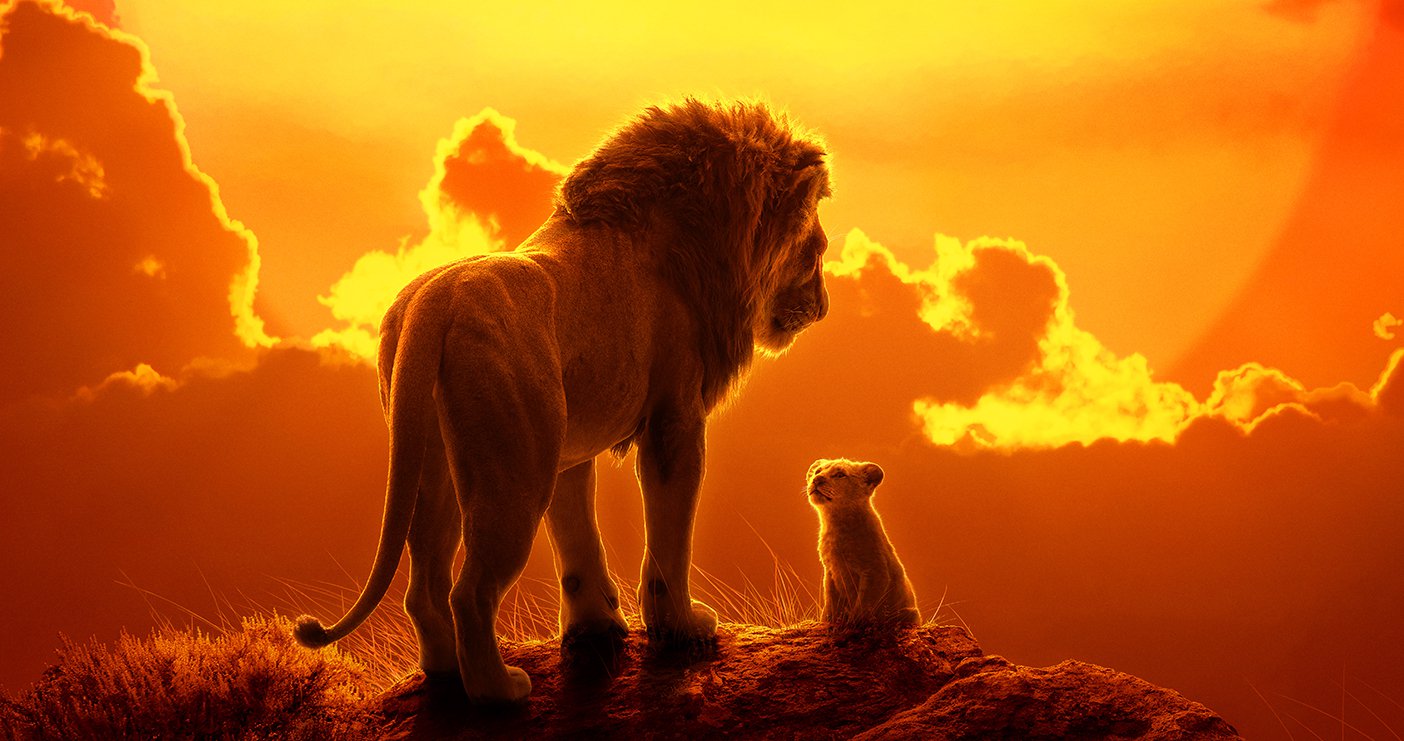 We look forward to re-watching these scenes from The Lion King!

Disney’s latest live-action remake The Lion King will hit theaters this Friday (make sure to check out our review). Director Jon Favreau takes on the challenge again after the major success of The Jungle Book remake in 2016 and brings together a five-star cast to portray our childhood beloved characters: James Earl Jones (Mufasa), Donald Glover (Simba), Chiwetel Ejiofor (Scar), Bill Eichner (Timon), Seth Rogen (Pumbaa), John Oliver (Zazu) and Beyonce (Nala) who has just released the music video of ‘Spirit’, her new single from The Lion King soundtrack.

Of course with all the excitement around the release, we couldn’t help but come up with a list of five iconic moments from the original 1994 animated movie we hope to see in the new version. 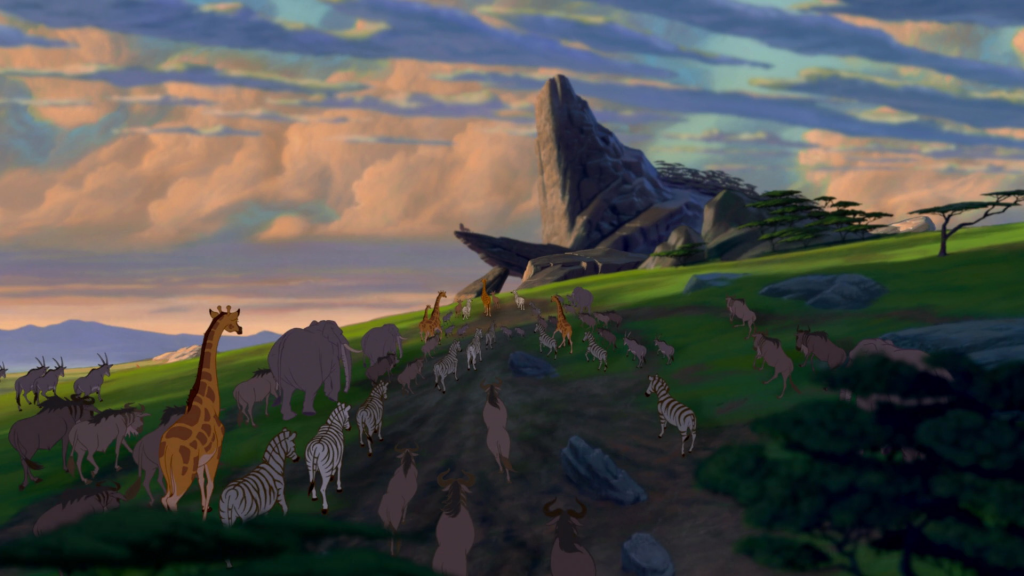 Are you all in the mood yet?

The Lion King can’t be The Lion King without that unforgettable shot of sunrise with ‘The Circle of Life’ playing in the background. This is the moment when all the animals gather to pay their respects to the new heir, presented gloriously by wise Rafiki (something we probably all reenacted with our cat/doggy at some point in our lives).

Then, one last percussion and the screen turns black as the title appears (I’ve always said the movie could have ended right there and I would still have called it a masterpiece).

This very scene is the definition of chills and definitely one that should be in the live-action remake. 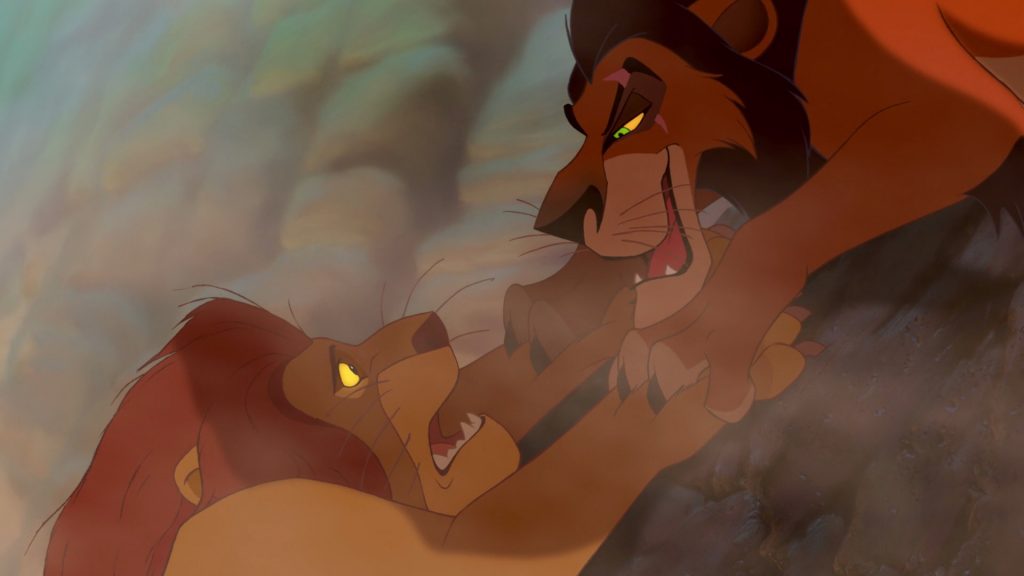 As heartbreaking as it is, Mufasa’s death is undoubtedly one of the most powerful scenes in the animated movie. We all cheered when Mufasa jumped from the stampede, we all held our breaths when Scar dug his claws into his paws, and we all wept when Simba came to wake up his father.

The fratricide (based on Shakespeare’s Hamlet) is a turning point in the movie and the start of Simba’s new journey. No doubt the remake will make it a point to do it just right. 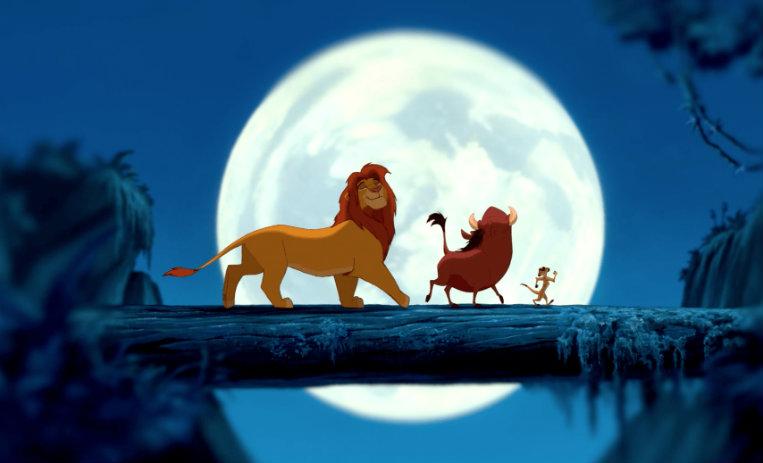 THE iconic song from the original movie. The one whose lyrics we all know and whose upbeat rhythm managed to bring a smile on our tear-stained faces when we first watched the movie.

Hakuna Matata is your quintessential feel-good song and impersonates Timon and Pumbaa’s carefree lifestyle, which makes it an iconic moment from the original film. 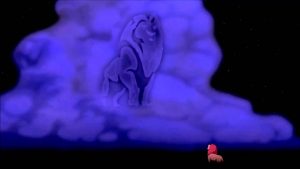 Adult Simba is living a happy-go-lucky life until he comes across Rafiki who reminds him of his duty. Skeptical at first, it is when Mufasa’s spirit appears in the night sky that Simba understands he can no longer run away from his past and that he must fulfill his destiny.

“Remember who you are. You are my son and the one true king.”

Not only is the line as powerful as can be but James Earl Jones’ voice is the final touch to give goosebumps.

Knowing Jones has reprised the role, it is simply impossible to get it wrong. 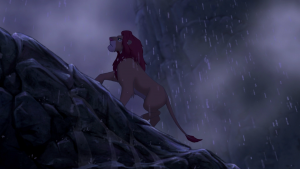 The epic conclusion to Simba’s arduous journey. After he has defeated Scar and the hyenas, rain begins to fall — symbol of Simba’s redemption and newly found peace over the land — as he slowly climbs Pride Rock and officially claims the title of King with majestic roaring.

Mufasa’s ghost appears briefly one last time, reminding his son of his destiny and place in the circle of life.

This scene marks the culmination of Simba’s odyssey and, as such, is probably one of the scenes the audience will be excited to see.

Aladdin‘s live-action remake being a great success, we are hopeful that Disney will again show us that childhood stories can always be retold with the same magic.

Be ready to experience The Lion King magic again in US and UK theaters on July 19. Update: Read our review here.

Share below what scenes from The Lion King you look forward to the most!